Brad Pitt’s hairstyles are diverse and creative. He has always been the standard for men’s style, including their hairstyles. It’s safe to say that Pitt is the guy that many men want to be and every woman wants to be with.

What is it about his style that makes him so desirable? How does one look so effortlessly flawless while still keeping his manhood intact? Here are our top 18 Brad Pitt haircuts and hairstyles: 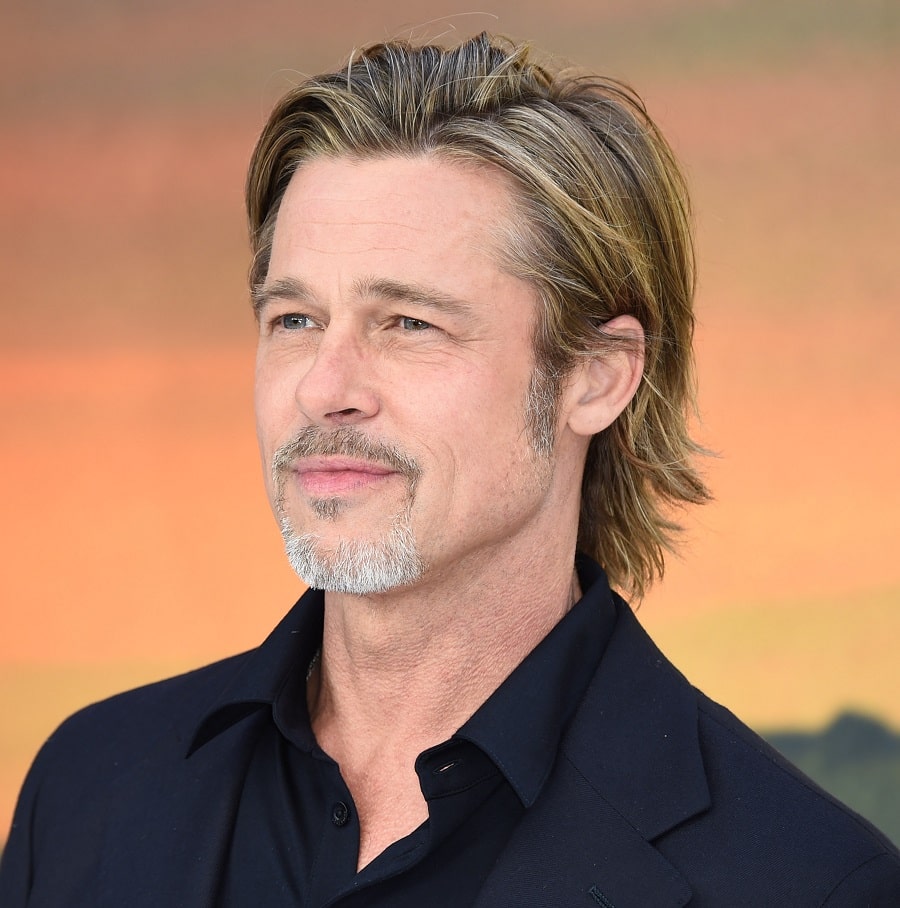 Men these days are embracing longer hairstyles! Brad can be seen here joining in this trend back in 2019. His hair is shorter at the sides but has a lot of length at the back, reaching the end of his neck. Guys seeking longer looks should covet this one. 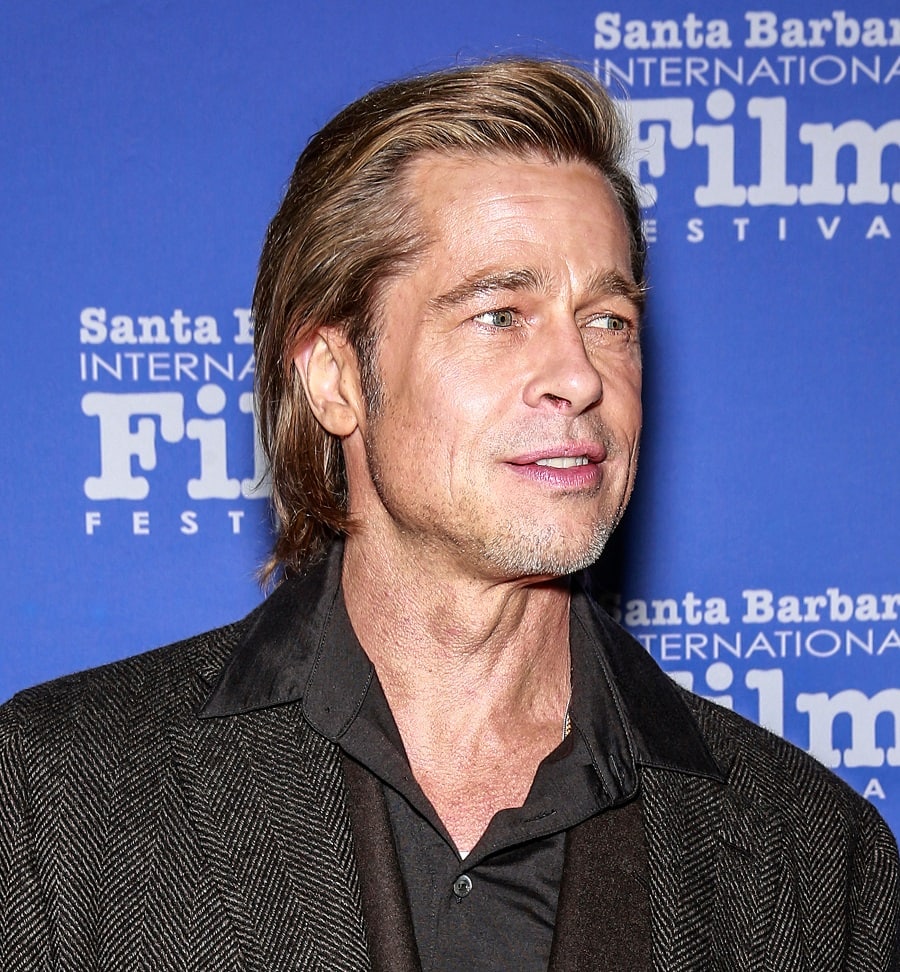 Longer styles have dominated Brad Pitt’s haircuts of the late 2010s and early 2020s. Here he can be seen sweeping his locks back out of his face. The 2020 style is more or less the same length as his 2019 look, but it’s a more even length all over. 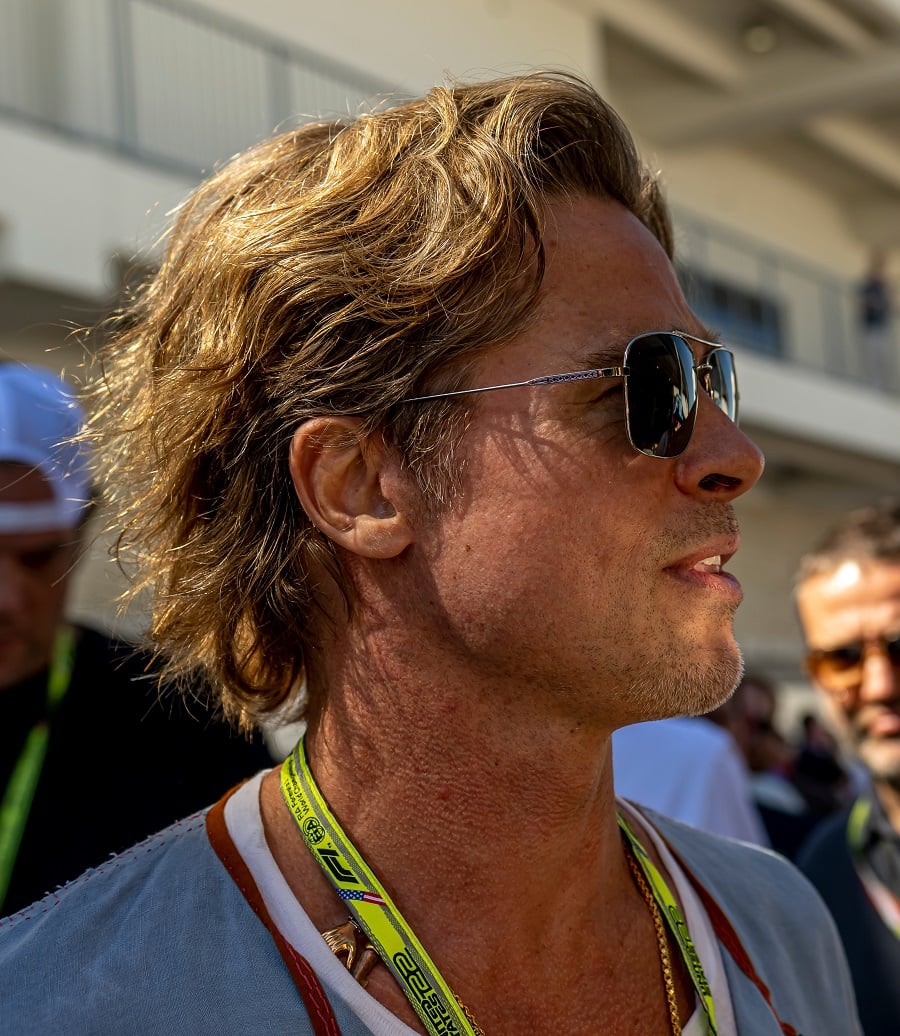 A gentle wave is all the rage in the early 2020s. Guys wanting to keep up with trends should copy Brad’s light layering and wavy texture. The hair is swept back and still kept decently long at the back. It reaches almost the bottom of the neck. 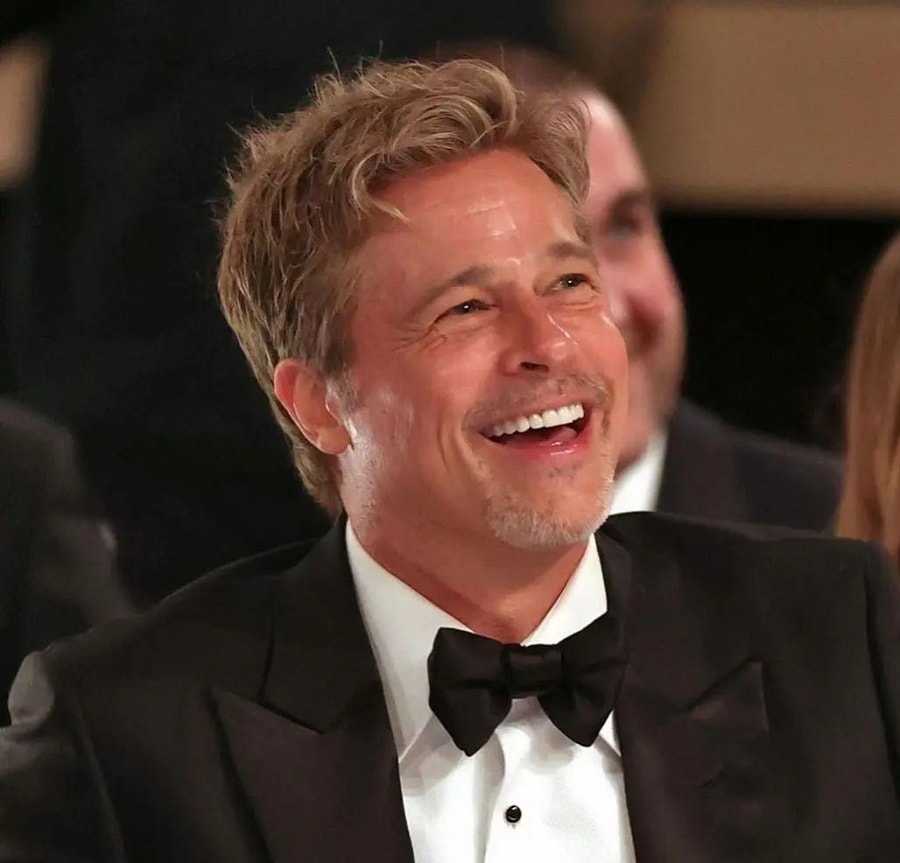 The year 2023 saw Brad return to shorter hair. Men who didn’t love his longer looks may want to copy this style instead. The sides are even with thick coverage and the top and front have a nice, fluffy texture. No hard-hold styles for this version of Brad! 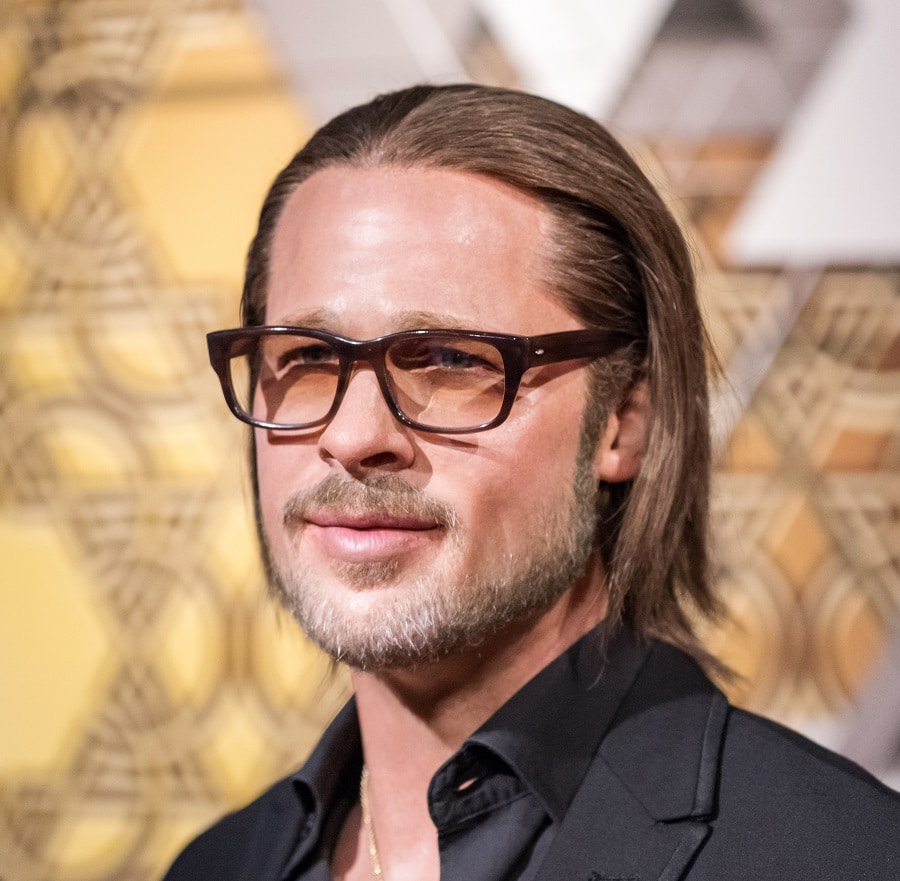 Pitt is often seen sporting golden or dirty blonde locks. Here we see him go a little darker with his longest hair, extending past his chin. It’s pin-straight and brushed back so he has no strays falling into his face. It’s perfect for guys wanting something low maintenence. 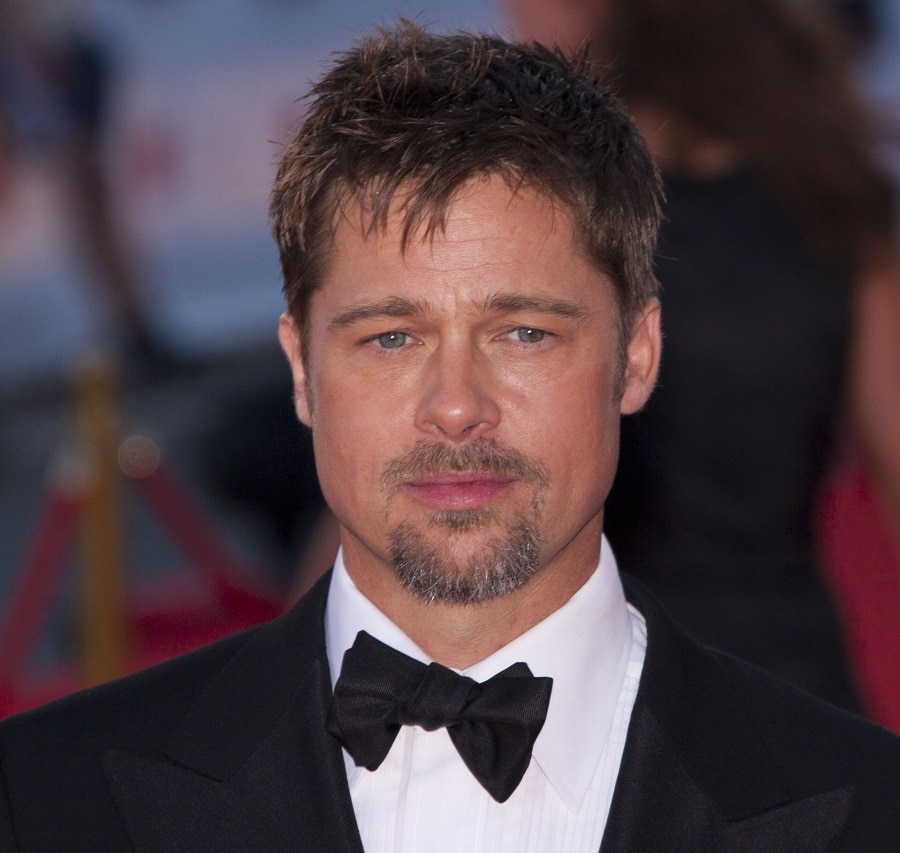 Short spikes are what Brad often wore years ago, and here we see an older version of him sporting a toned-down version of the look. His locks are nice and dark and the spikes are concentrated at the front, falling into his face. 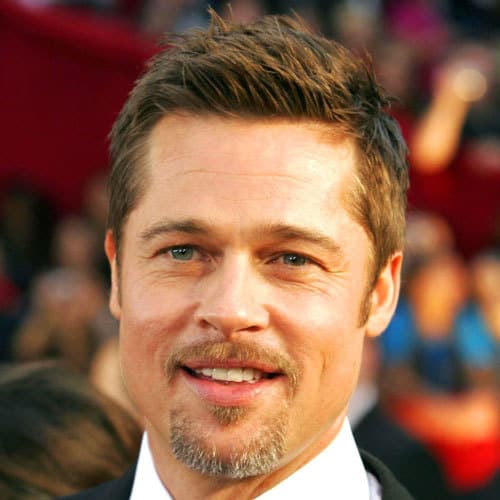 Brad Pitt is sporting a short haircut that has been slightly spiked. This gives the hair a laid back look that is still professional. If you’re a fan of tapered styles that are on the shorter side, then this may be the perfect style to consider. 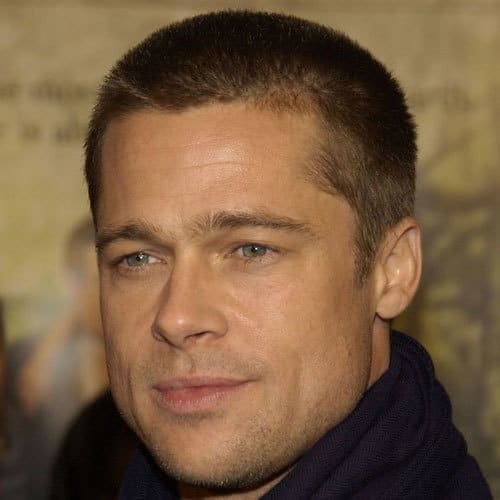 Brad Pitt can rock a very short haircut just as well as any other style he wears. While this definitely isn’t the shortest he’s gone, it’s admirable to see how great he looks even after such a drastic change. 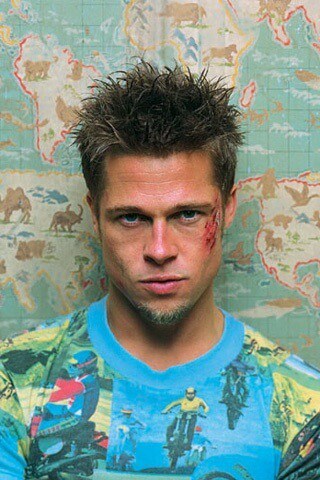 If you’re not a fan of very short hair, this style is a great option to consider. This Brad Pitt hairstyle has a uniform spike and medium-short hair. 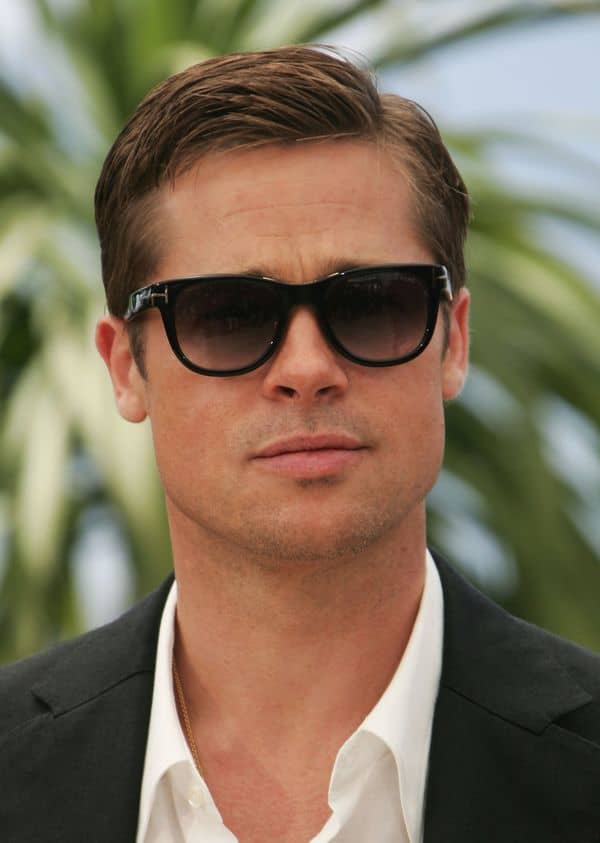 This look closely mimics the previous one, but the hair is cut more uniform instead of featuring such choppy layers. Comb it down and apply some pomade in order to prevent any flyaways. 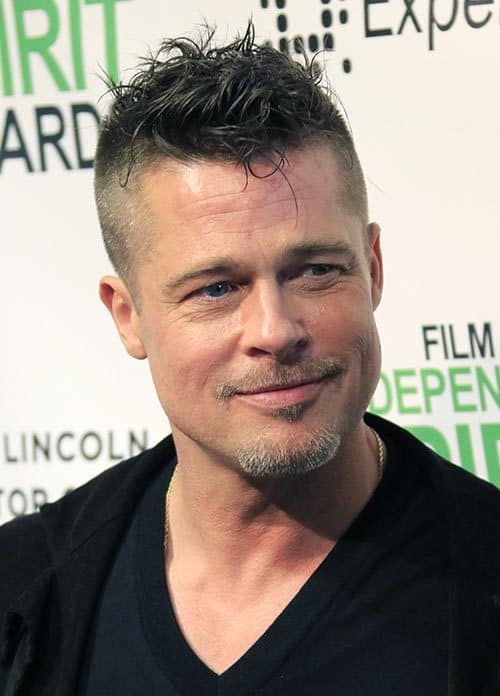 This Brad Pitt haircut gives off an edgy, punk vibe while still maintaining that much-needed sex appeal. This tapered cut has been shaved around the perimeter but styled messy on top to achieve a more effortless look. 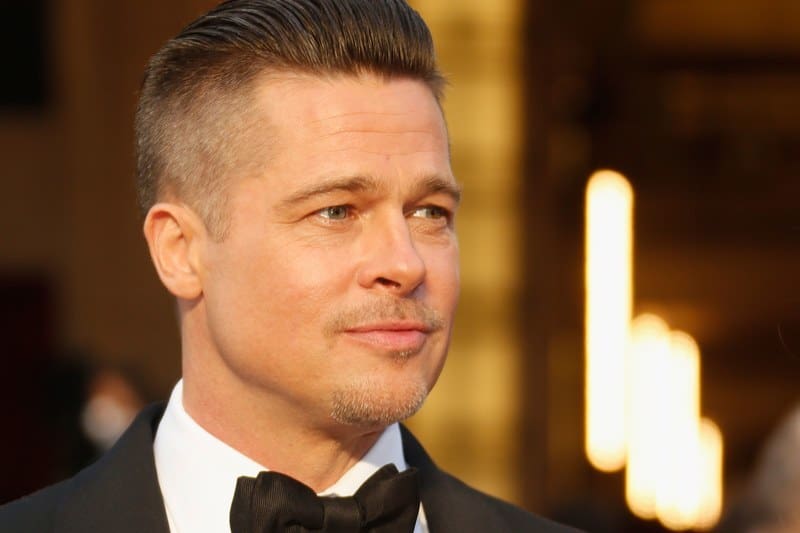 If you want to keep your edgy look while still looking professional and put together, just slick the longer portion of your tapered haircut. 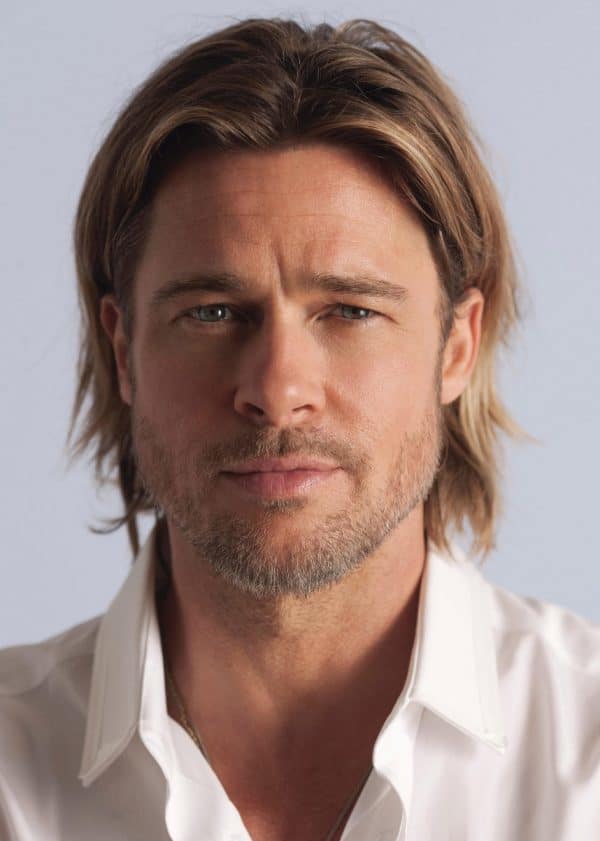 Pitt is definitely channeling his inner Thor with this medium-length cut. The hair is layered so that it doesn’t look like a bob, and face-framing highlights are given in order to draw attention to the face. 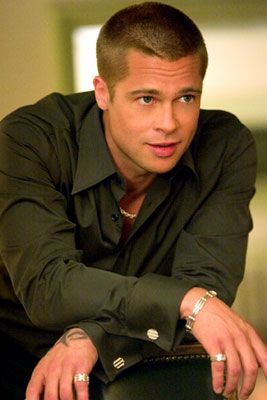 Pitt’s hair has been cut into a very low buzz cut, which draws attention to his prominent features. If you’re not opposed to very short hair, then this could be a great option to consider. 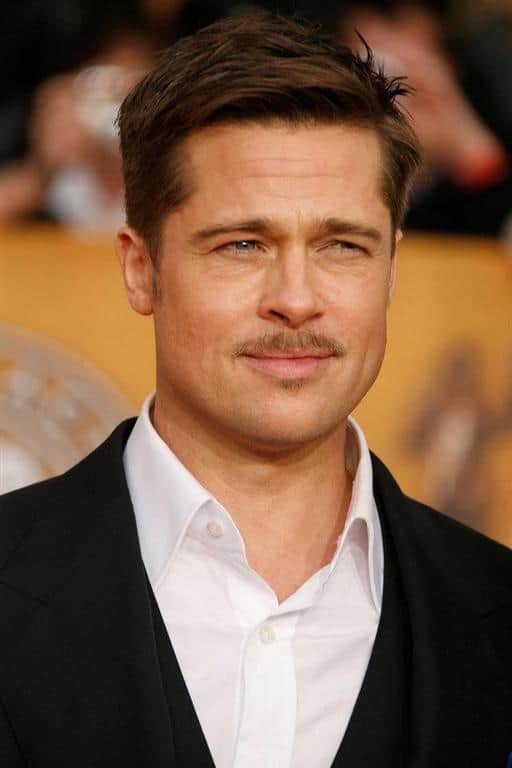 This haircut gives Pitt a fatherly look in all the best ways. This tapered cut brings attention to his strong jawline and all of his best features. 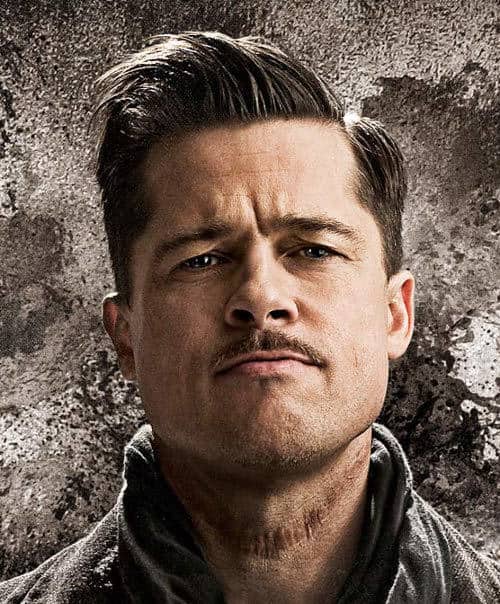 If you have a tapered cut, here’s a great example of the amount of variety it lends you. Pitt’s hair has been coiffed to stand up and away from his face. The deep side part gives the cut a more polished look, but doesn’t take away from the edginess you’re trying to achieve. 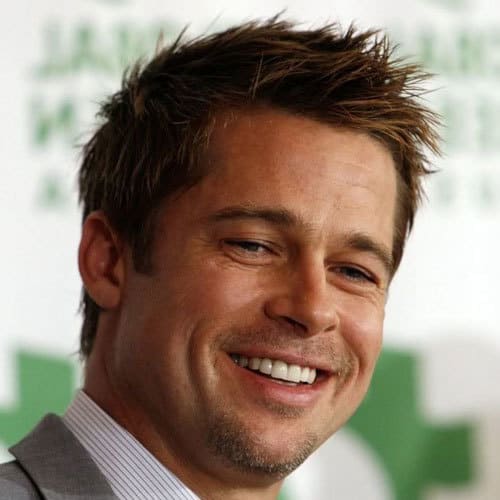 If you’re looking for a more playful alternative, try spiking your hair. Pitt’s style can be rocked both professionally and casually, which makes it the perfect choice for men who are looking for a mixture of the two. 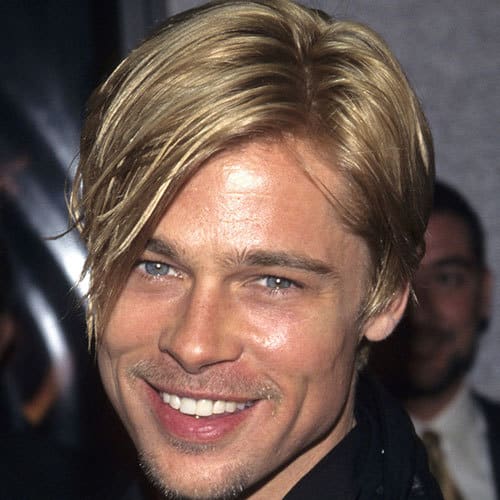 One of Brad Pitt’s most popular hairstyles includes this lengthy tapered cut. The bang is relatively long while the perimeter has been kept ear length. If this style doesn’t scream 90s-early 00s then I don’t know what does.

Here are some of our favorite hairstyles by Brad Pitt. 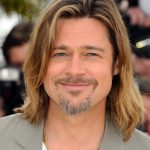 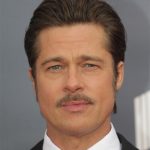 These Brad Pitt hairstyles are perfect for any man; the only thing is that you need to have the confidence to wear them too. Choose one and get a new Brad Pitt style today!