Beard or facial hairstyle is a broad topic in hair styling, and we can go all day discussing it. However, for this piece, we will touch it briefly, and it will concern hairstyles. The same way you do with your choice of outfits, the kind of facial hair you keep should at any rate roughly define the same level of formality as your hairstyle. 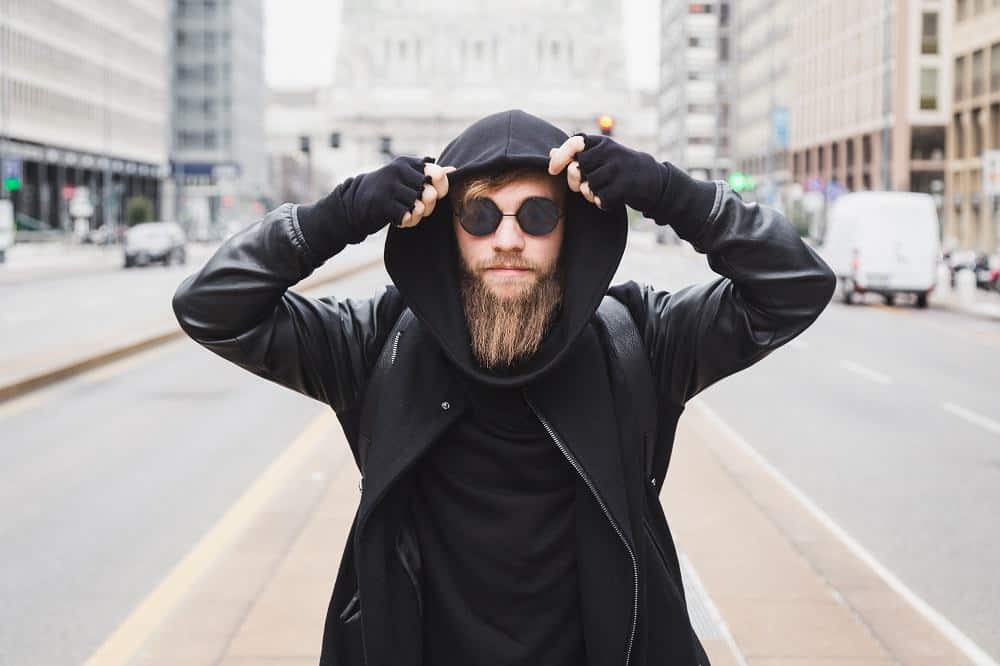 You will look out-of-the-line by matching a huge untrimmed bushy beard with a business suit, or by matching the same outfit with a long, spiraling fork in a double goatee, although you would have put in a lot of efforts and products.

If you are interested in keeping an elaborate and distinct facial hairstyle, ensure that they are in line with your daily engagements. For others that are still undecided, below are some of the popular short and long beard styles and a few pieces of advice on wearing them: 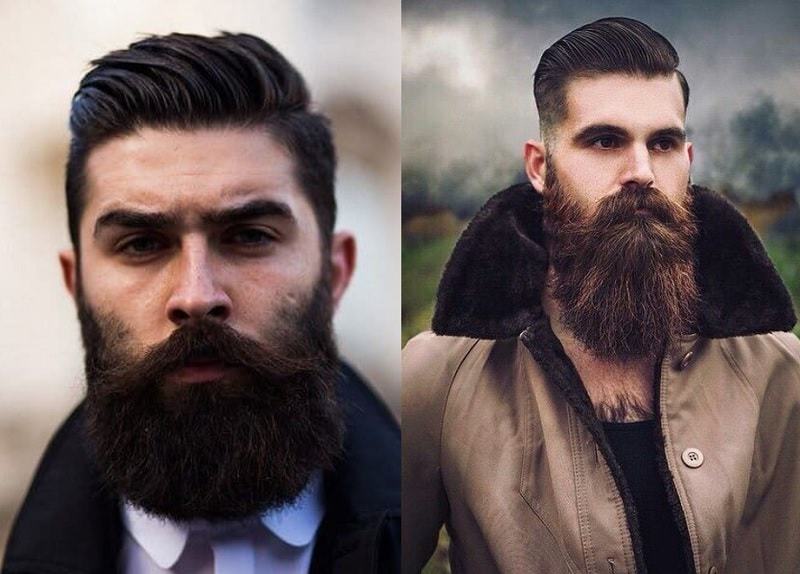 The full beard is a combination of sideburns, chin beards, and mustaches. With the full beard, hair is everywhere – the chin, the lips, and the cheeks. It is important that you trim your full beard short, while maintaining very neat edges, except you are looking to be all casual. To achieve this appearance, an electric razor is needed to maintain the uniformity of the length, while ensuring no stray curls is popping out.

Full beard varies in length. To keep it neat, it is advisable that you shave off everything underneath the point of the chin, to eliminate any “neckbeard” growth. The moment you allow that hair to grow out, you will have to make the tip of the beard extend down in different ways to keep it hidden or blended into it.

Maintaining a full beard requires some part of your morning, except you want to turn it into an unkempt facial hair that has grown wild towards every direction. 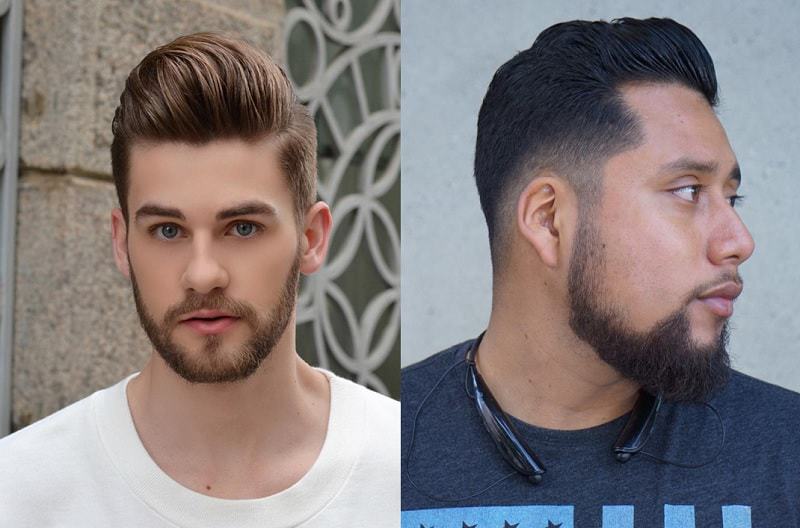 Chinstrap, like sideburns without the chin beard, is widely seen as a casual and youth style, and thus, it is not suitable for older men or men associated with the business setting.

It may be difficult to keep a chinstrap with a uniform thickness all the way around. To make things easier, a specialized razor that has a smaller head, either manual or electric, is recommended. This helps you to work with more precision and detail. 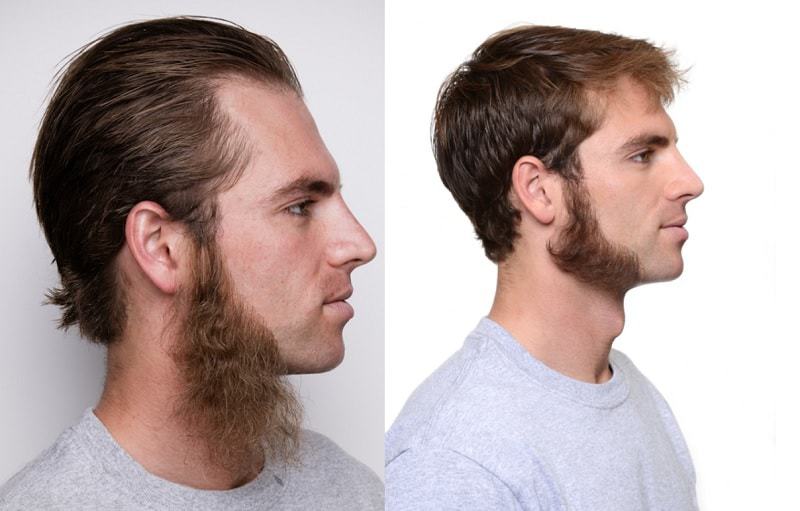 Most men find sideburns to be a part of their haircut, although, it can be separately grown such that it transforms into a facial hair on its own.

When the sideburns are lengthy, they can pass for a casual look and something of a dated one. You can sport them for leisure purposes, and it is a fit for young men whose jobs are not conservative types. However, don’t try to pair them with a blazer or a suit, except you want to look awkward.

Sideburns can vary in length; the more conservative type involves trimming considerably close to the haircut, and the less conservative type has its trimming most of the way down the cheek planes. You can leave your sideburn to grow until they turn into a wide strip with a width of one or two inches. Alternatively, you can have it trimmed into a small narrow line. 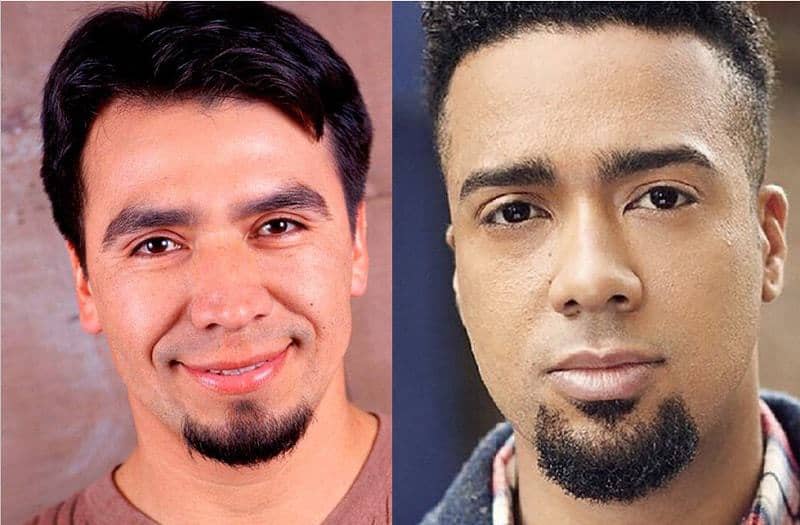 Do not confuse this with chin strap; chin strap runs all the way around the face, whereas a basic chin beard means that the hair covers the curve of the chin, and stops before extending up the cheekbones.

Chin beards, like the mustaches, are of varied flavors and lengths. A thin goatee, as well as a thick spade beard trimmed square at the end, are both styles of chin beard. In several of the chin beard styles, the hair is grown upward on both sides of the mouth, while leaving the lower lip in some sort of a frame. In others, a soul patch or stripe is in the center, extending downward from the lower lip.

These varieties of Chin beard are suitable for men interested in sporting a facial hair with a professional touch. With the upper lip and cheeks left bare and the hair, while keeping the hair on the chin trimmed, a refined and moderate look, which goes fine with any business outfit and setting, is achieved.

An electric razor will do an excellent job in trimming a chin beard, especially if you want a very close trim. A safety or straight razor is preferred if you the chin beard is expected to be of slightly longer lengths. 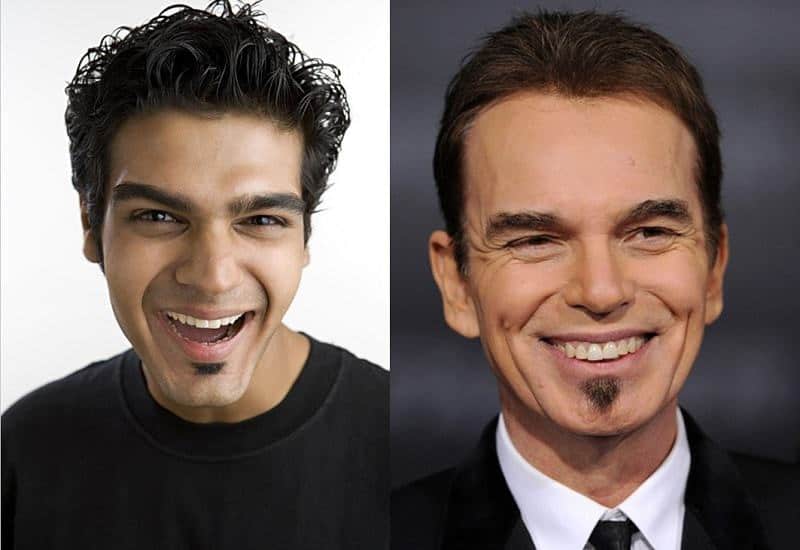 Closest to the clean shave, the soul patch involves just a small patch of hair, which is centrally placed under the lower lip. Various patch lengths are possible, but the patch is commonly dot-shaped or teardrop-shaped, and it stops well above the point of the chin.

The soul patch is sporty, and the common choice among young men. Several cultures have adopted the style, including professional athletes and surfers. It is widely associated with leisure, thus not a good fit for business settings.

A safety razor can be used to easily keep your soul patch in shape, although some individuals use a small-tipped electric razor, to gain extra control. If the patch is bushy, the edges will not be well defined. Thus, a close-trimmed soul patch must be carefully outlined compared to a thick one. 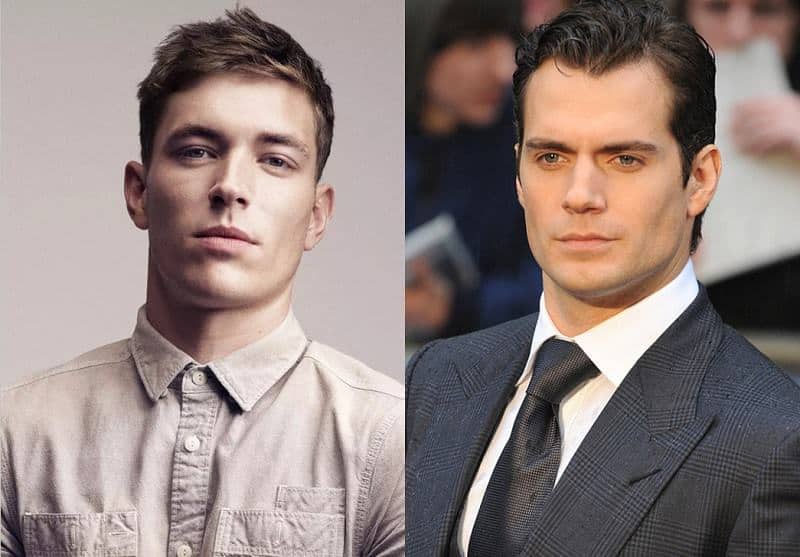 Most men in the business world naturally keep their facial hair shaven clean. Yes, a considerable amount of effort is required, but a clean shave offers a convenient low-effort beard option. All you need is five minutes, to quickly and safely run a razor over your face, and you have a uniform look daily.

If you prefer a clean-shaven facial hair, get yourself a razor that can be reused without becoming less effective. A good option is a basic metal safety razor, after all, the blades are quite affordable compared to cartridges for plastic razors, and it does a good shave if changed regularly.

Most hairstyles will go well with clean shaves and even the longer ones. The template is neutral, and as such, a bushy and unkempt hairstyle that falls all around your face will be an odd match. If that is your kind of hairstyle, then you are better off with a beard that goes fuzzy as well.

When you combine a chin beard and a mustache, you are left with a chin and lip beard: an entire circle around the lips, thus surrounding the lips in hair.

Most styles are just a simple horseshoe shape around the lip, which joins with a curve of hair along the chin. However, in some styles, the mustache is curled upward, such that it doesn’t join with the rest of the beard completely.

Chin and lip beards without products like wax give a simple, timeless, rugged, and manly appearance. Conservative business settings may frown at this style, but its neatly-trimmed version is quite acceptable in most places.

If you fail to maintain your chin and lip beards, it can quickly escalate into a lumberjack appearance. Thus, you must trim it regularly, using small scissors, an electric razor, or by passing a safety razor close to the skin.

Mustaches, as a term, is broad. But here, we will use it to define any style with hair only on the upper lip. Mustaches can come in various lengths and thickness and has been in and out of style over time. Currently, younger men find “vintage” styles cool, although they need careful trimming and waxing. And it is expected that these will evolve into bushy mustaches, like the 1970s, or something even entirely different.

Mustaches offer enough flexibility, and you can go for mustache with a beard or mustache without any beard whatever you think is right for you. However, do not keep elegant styles that need careful waxing if you are always in the business setting. If you keep a thicker style and you want it to fit into the traditional workplaces, ensure that it is trimmed reasonably close.

The aging effect is familiar to most mustaches, and they are commonly viewed as a style meant for the older men, except the experimental or unkempt ones. Thus, do not be surprised if your traditional mustache automatically increases your age.