Orlando Bloom has appeared in some of this century’s biggest blockbuster films, from Lord of the Rings to Pirates of the Caribbean. He is also known for his daring fashion sense. Many men want to be him, and many women want to be with him.

Even though he hasn’t appeared in any big films for a while, the paparazzi still try to snap photos of him wherever he goes. If you need inspiration for your next facial hairstyle, then you might want to check out this series of snaps of Orlando Bloom.

Orlando Bloom often tries out short facial hairstyles. He regularly swings between a clean-shaven look and short patchy styles. However, he can sometimes be seen sporting a much longer beard, especially when he is required to do so for a film role.

If you are thinking about growing your facial hair, Orlando is the perfect person to look towards for inspiration for an intermediary style to wear whilst your hair gets longer. 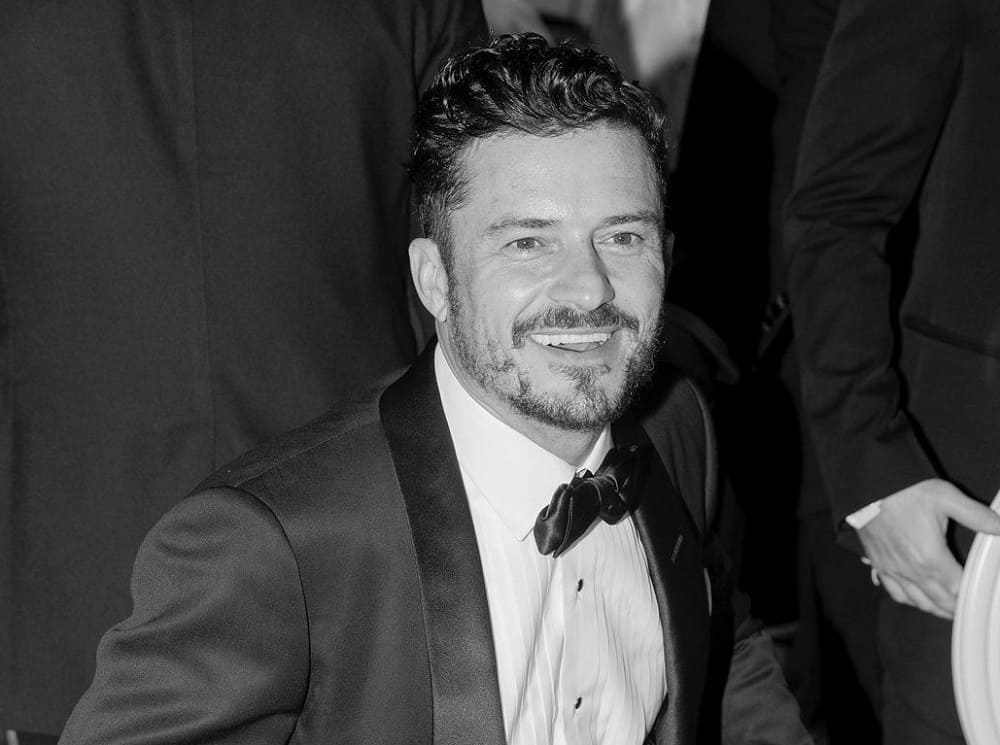 Orlando Bloom looks stunning with this messy undercut, and curly top styled slightly towards the back. The stubble beard and shortly trimmed mustache work so well with the hairstyle, creating a flawless look for Hollywood events. 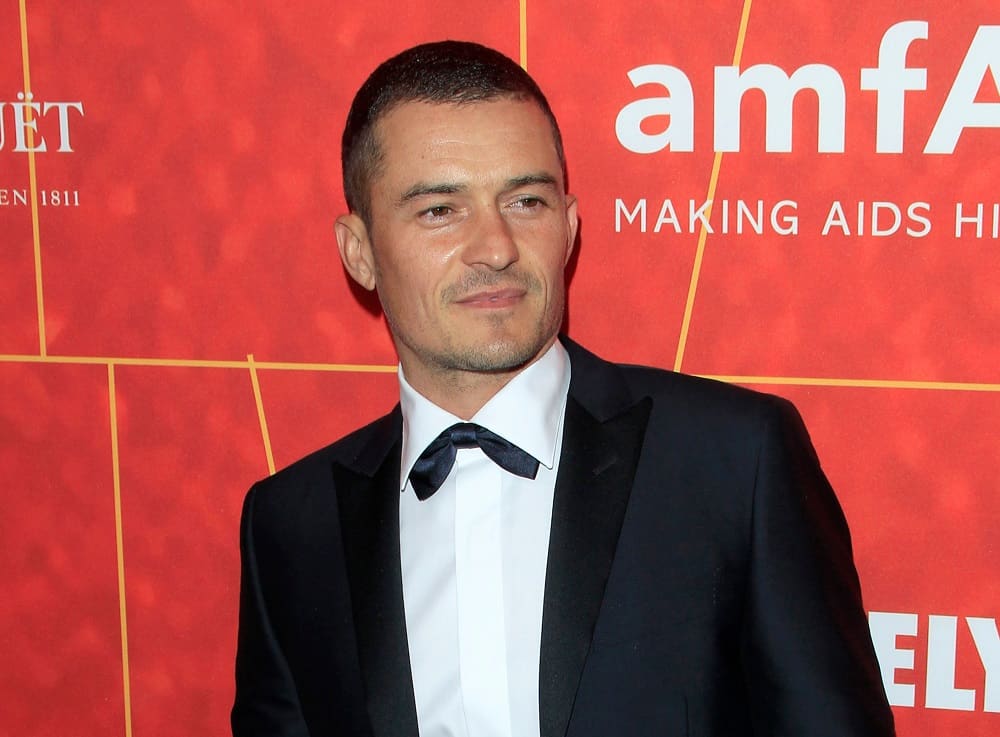 One day stubble beard works like a charm with a short buzz cut. The whole look makes Orlando Bloom so presentable. At the same time, that short facial hairstyle is very low maintenance and a great choice for all men who don’t want to spend too much time in the mirror. 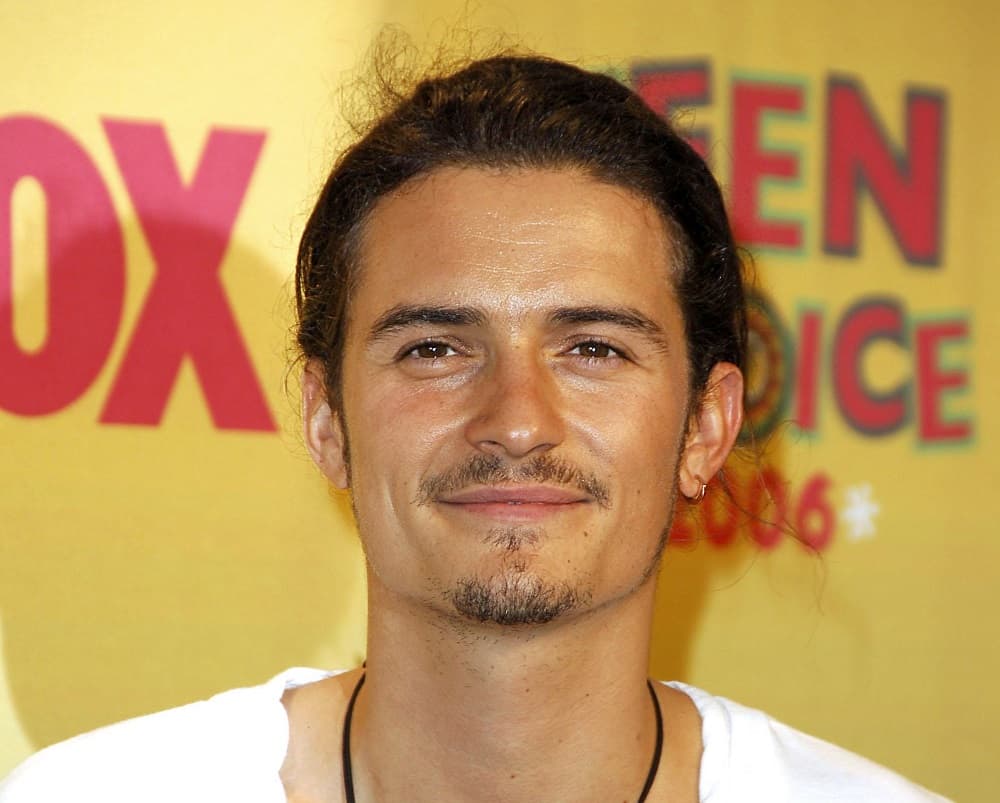 We all know Orlando Bloom loves his long curly hair therefore, he was often spotted with his mane tied in a pony or a low bun. This is one of the looks with short facial hairstyles that makes Orlando Bloom look young and casual. 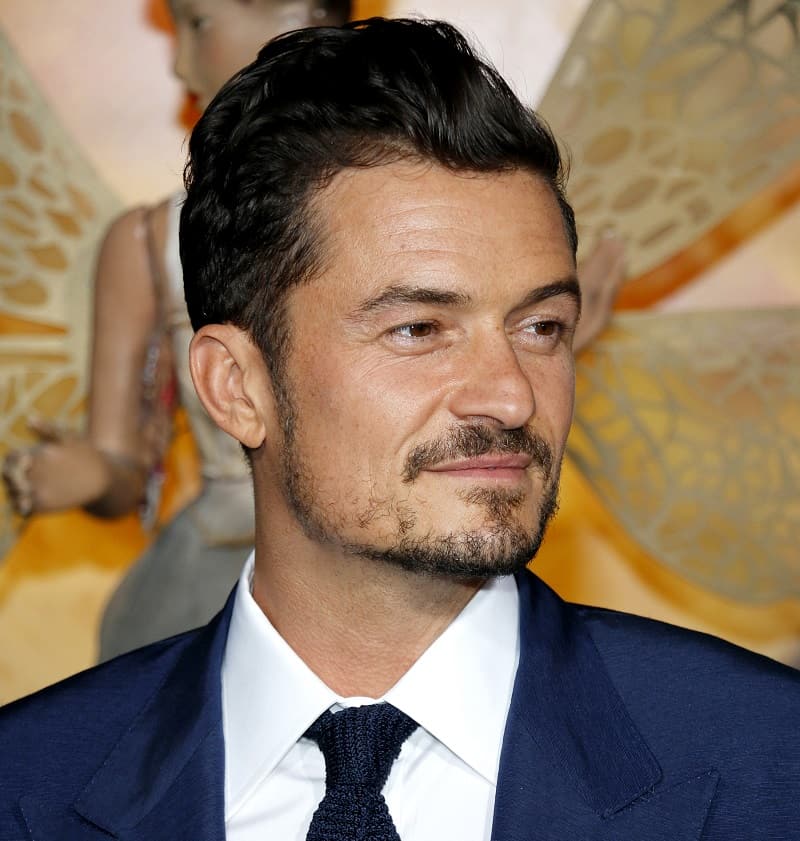 Orlando Bloom fancies a hairstyle that looks gorgeous with short facial hair. His beard is quite rare and doesn’t grow on the cheek, so he goes for a jawline contour and a mustache. The hair is shorter on the side, and the top is styled with hair gel, towards the back. 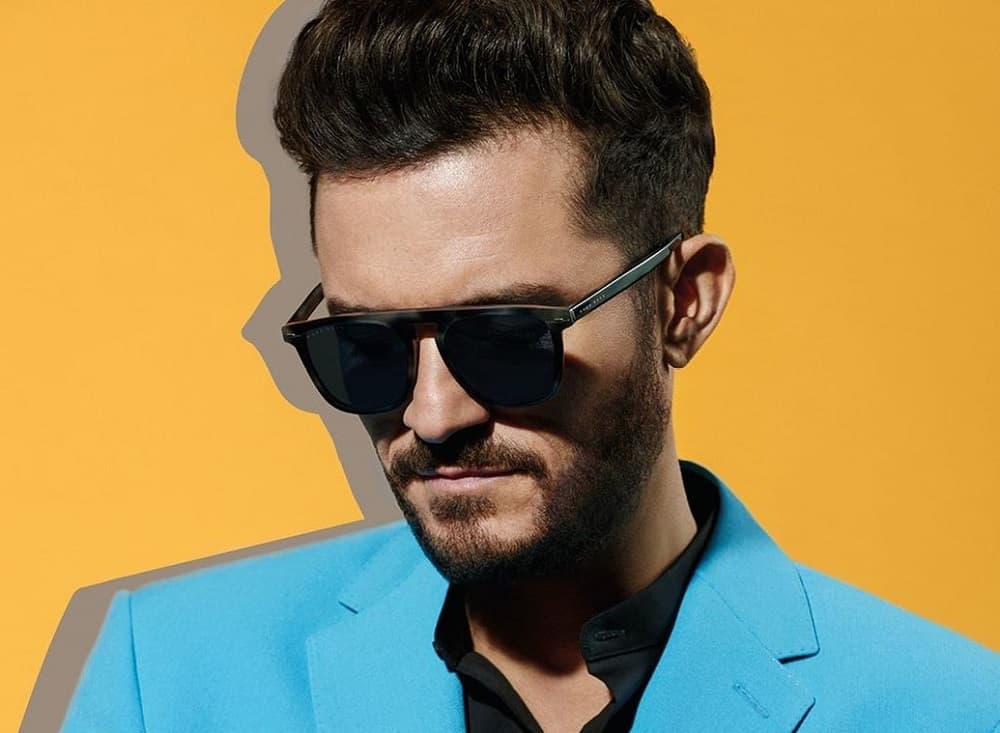 The actor from Pirates of the Caribbean also loves getting modern looks with short facial hair like the one above. The beard is medium length, while the hairstyle features a pompadour. 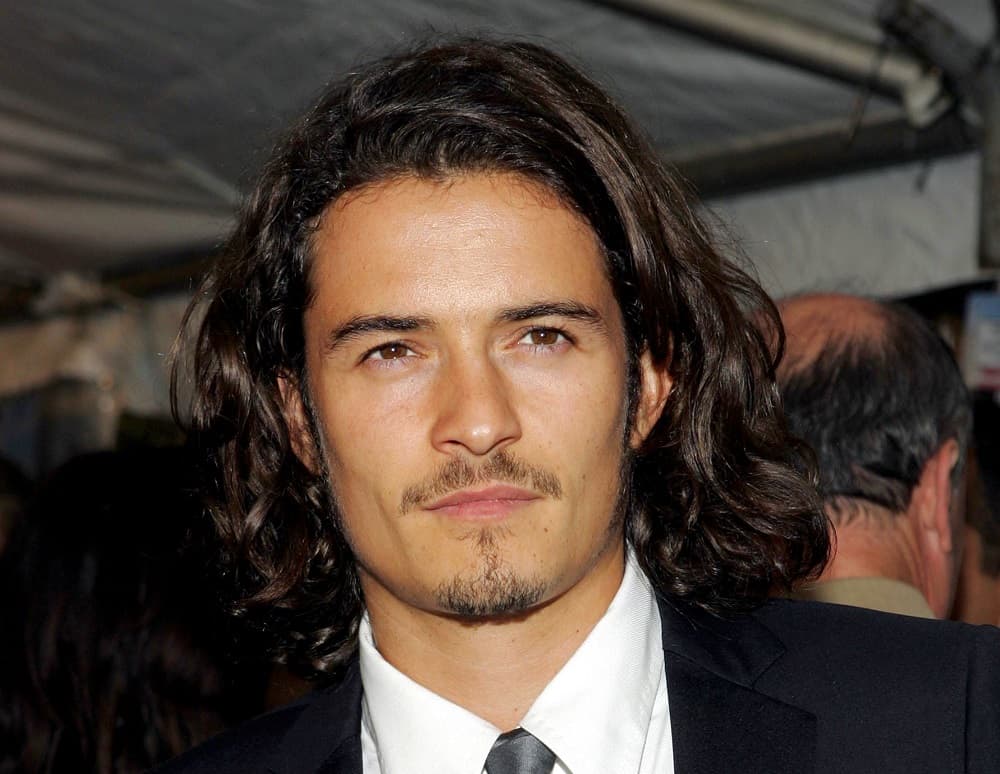 This is probably the hairstyle that Orlando Bloom used to have when he became so famous. Curly long hair, short facial hair that involves a short mustache, a goatee, and long sideburns that provide contour create one of his best looks. 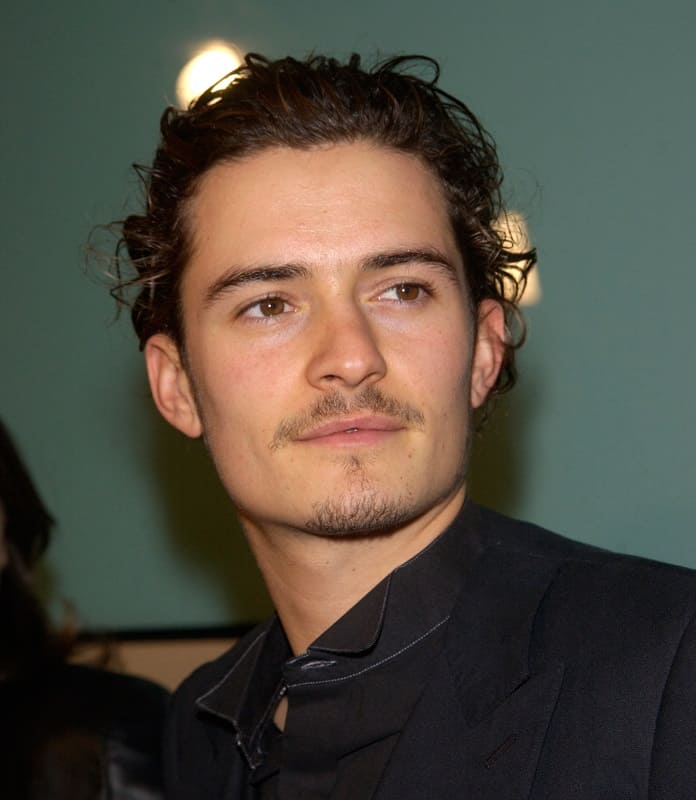 Orlando’s anchor shaped facial hair is a throwback to the times he spent in Pirates of the Caribbean. His mustache, chin puff and beard all blend together to create a distinct anchor shape, which only a few men are able to pull off. He keeps the rest of his face clean-shaven. 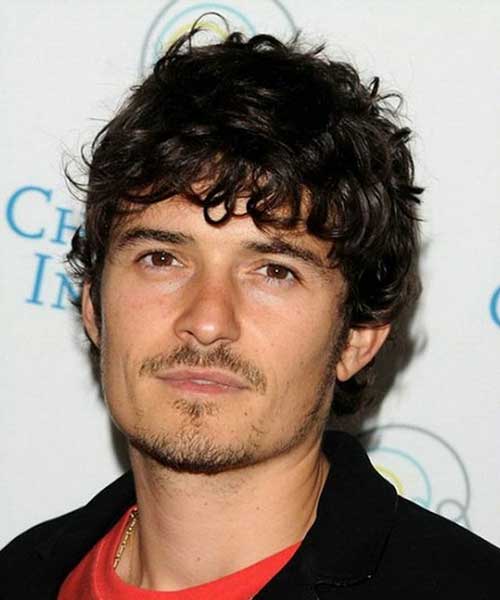 Orlando prefers to rock patchier styles rather than choosing a full bearded look. By championing patchy styles in many of the hottest looks that he has worn, Orlando is able to give confidence to many men who struggle to grow thicker facial hair. Whilst the anchor shape is the most distinct area of facial hair, he has patchy areas over the rest of his face too. 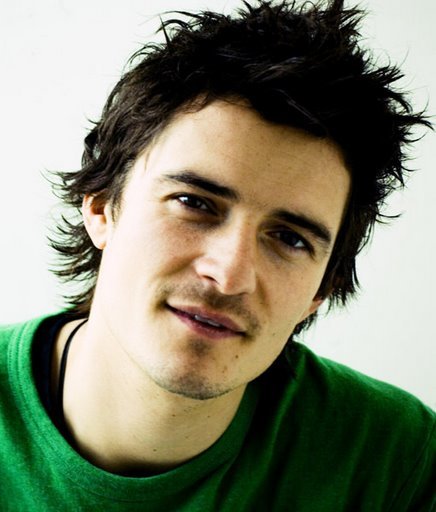 In some of his different styles, the most prominent facial hair feature is a mustache. A thin mustache can help to draw people’s attention to your mouth. It is an excellent choice if you want people to think that you have kissable lips like Orlando Bloom. 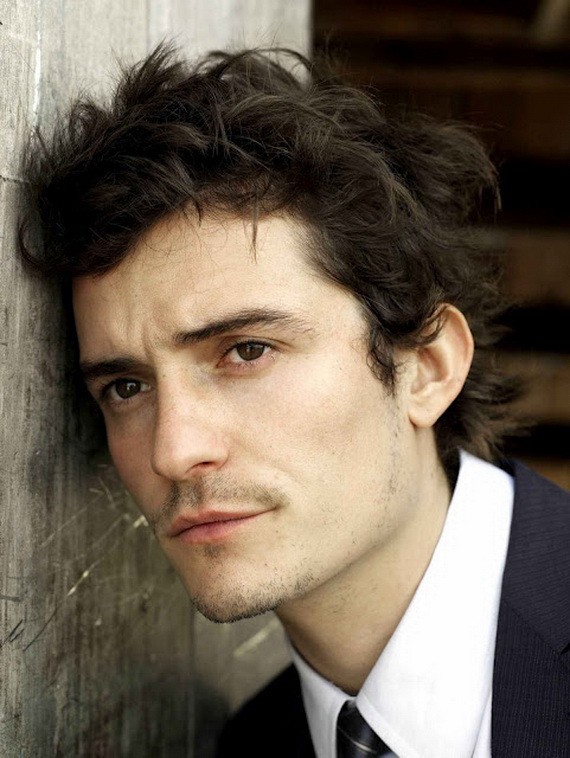 In this look, Orlando has a light sprinkling of stubble which helps to give him a brooding look. Many suitors will find this style particularly attractive, as it straddles the divide between a clean-shaven face and having facial hair. You get the best of both worlds. 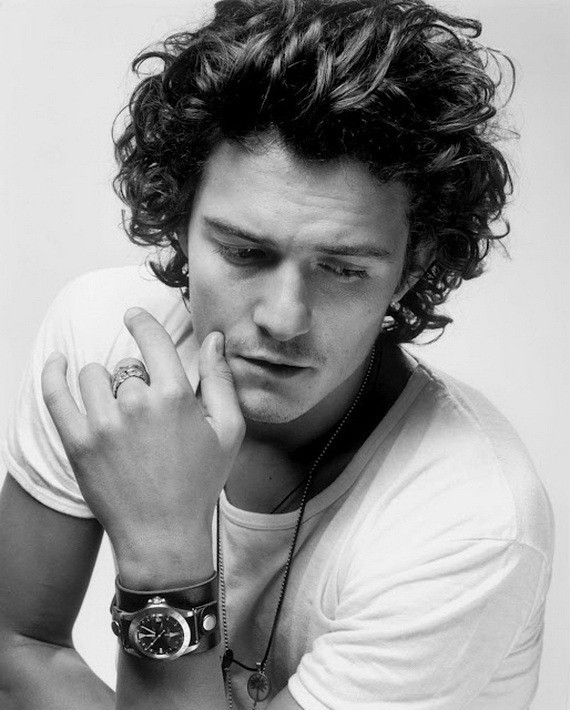 In this look, Orlando prefers to keep things fresh-faced. If you want to copy his clean-shaven look, you need to invest in a good razor which can completely take all of the stubble away. Keep your skin soft by using a post-shave moisturizing balm or cream.

This series of pictures shows off some of Orlando Bloom’s best short facial hairstyles. He has also worn some longer styles which you should be able to find quite easily. Check out some other celebrity hairstyles and facial hairstyles on our other lists on the hairstylecamp website.