Were you one of those naive teenagers or college students who expected your hair would turn out like a blonde bombshell after bleaching it with hydrogen peroxide?

You probably figured out the hard way, if your hair ended up dry and damaged, that even though using hydrogen peroxide to lighten hair is relatively easy, it doesn’t always deliver the luxurious blonde tresses you were hoping for.

Using Hydrogen Peroxide on Your Hair 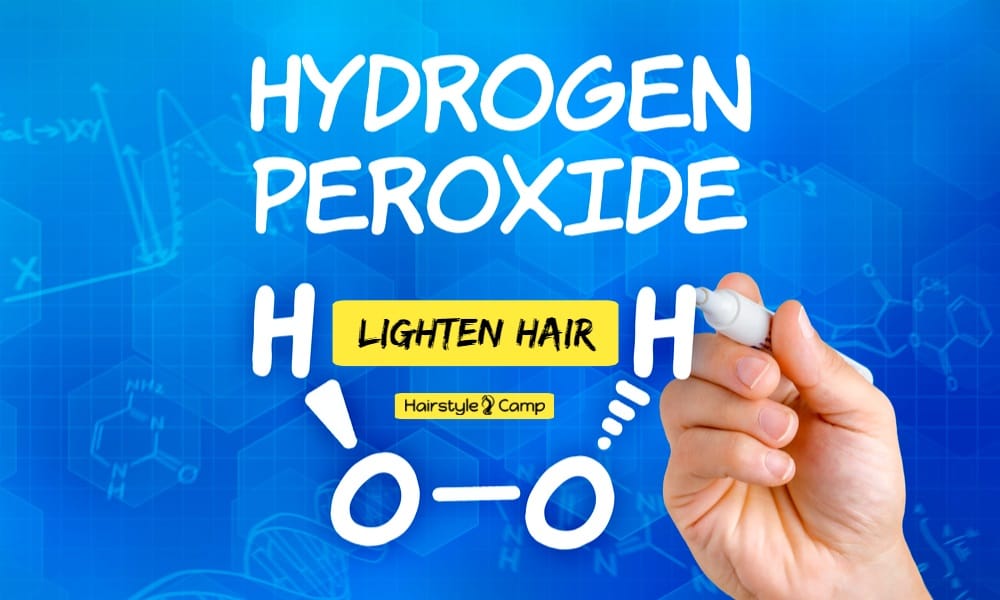 Bleaching hair with peroxide may seem like a simple, no-brainer DIY project, but remember, it does involve chemicals. A few simple precautions can improve your odds of getting it right and prevent your hair from ending up looking like a haystack.

If possible, get a friend to help you apply the peroxide evenly to your hair, especially in hard-to-reach areas in the back. If you’ve already got color-treated hair, we recommend going to a beauty salon, because the professionals there can fix and correct mishaps if things go kablooey along the way.

Items You Need to Lighten Hair with Hydrogen Peroxide

If you’re still determined to apply hydrogen peroxide hair bleach on your own, the first step is to have healthy, untreated hair. You might want to rethink your plan and hold off for a few months until new, healthy hair grows in, especially if you’re already battling with split ends and breakage, or if you have brittle, color-treated hair.

If you decide to move forward, then be sure to have all your tools and materials ready. They include:

For Highlights Only (in addition to the above items)

How to Lighten Hair with Hydrogen Peroxide 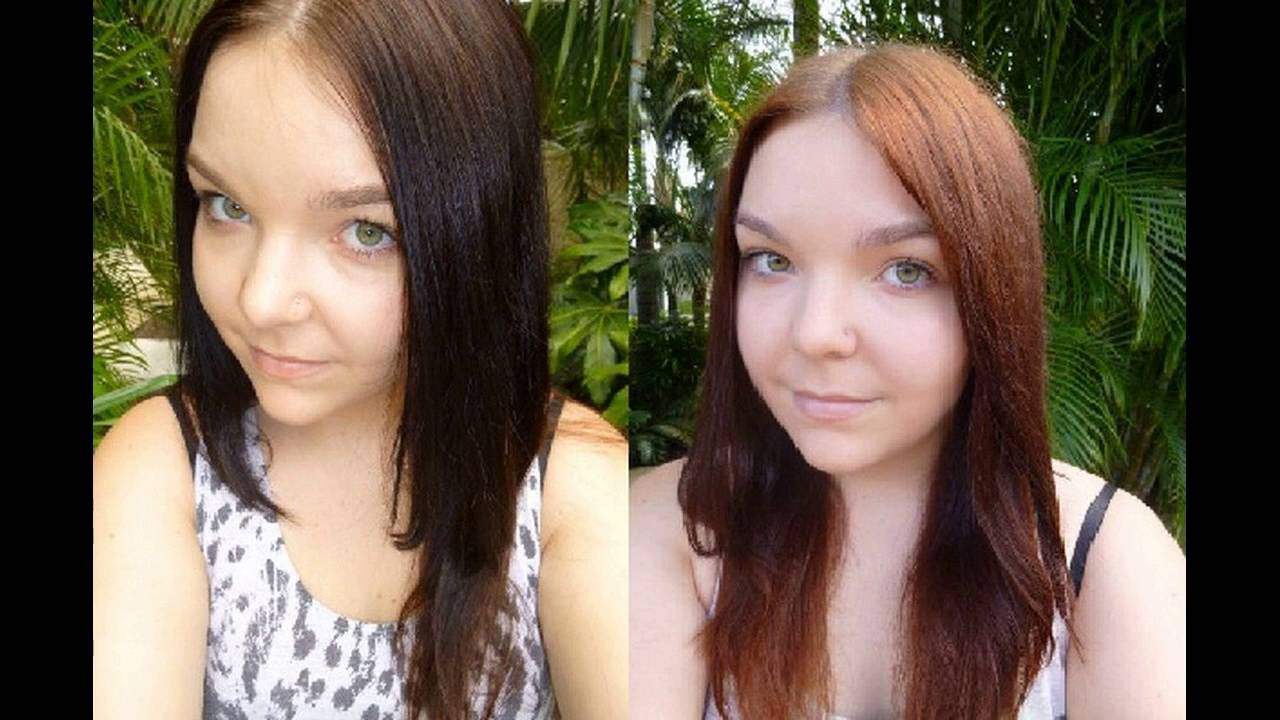 lightening hair using hydrogen peroxide – before and after

When you use hydrogen peroxide to lighten hair, it’s essential to nourish it and keep it healthy afterward. Wash your hair (no more than twice a week) with a mild clarifying shampoo and apply a hydrating conditioner. If possible, also apply a hot oil treatment at least once a week for extra moisture, strength and shine.

Using hydrogen peroxide to lighten your hair color is an inexpensive, quick and easy way to enhance the blonde and copper tones in your natural hair. When you take a few extra minutes to do some preliminary strand testing, you’ll increase your chances of achieving a successful result at a fraction of the cost.

How long does hydrogen peroxide take to lighten hair?

It typically takes 30 minutes to an hour to lighten your hair with peroxide. It depends on how thick your hair is and how intense your natural color is.

Can hydrogen peroxide make your hair fall out?

This chemical can make your hair fall out if you use it over a long period. The compound lightens hair by breaking down the melanin in the hair shaft. Repeatedly putting your hair through this process can weaken the hair, causing it to break down and eventually fall out.

Hydrogen peroxide or bleach: what is less damaging?

It is less harsh than bleach, which makes it less damaging. However, no chemical is safe on your hair. All chemicals cause a bit of damage to your hair, especially if you use them long-term.

Is hydrogen peroxide safe for the scalp?

Your scalp is a sensitive area on your skin. Consistent hydrogen peroxide use on your scalp can cause dermatitis. Dermatitis is inflammation of the skin along with a painful and itchy rash.

How long should you leave hydrogen peroxide on your hair?

When using hydrogen peroxide to lighten your hair, only leave it on for 30 to 60 minutes. Some recipes for at-home hair lightening mixtures with peroxide state you should leave it on for 15 minutes. Be sure to look at the instructions if you choose to use a recipe, so you do not leave it on too long and risk further damage.

Does hydrogen peroxide bleach your hair?

It will lighten your hair. It is commonly used on its own but can also be combined with blonde hair dyes. It can technically bleach your hair since bleaching your hair refers to stripping the color away and lightening it.

It definitely can dissolve hair. Many people use it to dissolve hair in the drain or the sink. It will not dissolve hair on your hair after the first use. It would take many treatments to break your hair down so much that it breaks off.

Can you dye hair after using hydrogen peroxide?

Wait to apply color after peroxide because it could have adverse reactions in the worst case. In the best case, your hair will be dry and brittle.

Peroxide breaks down the hair shaft and affects melanin levels and production. If you mix this compound with equal parts of water, you can remove hair dye.

What can you use instead of hydrogen peroxide to lighten hair?

Common alternatives are lemon juice, apple cider vinegar, and bleach. If you are unsure about performing these methods, consult a hair professional.

Besides peroxide, the only other chemical agent is bleach. Bleach is generally more harmful to your hair, so it is not the next best course of action if you cannot use peroxide.

What’s the difference between hydrogen peroxide and hair developer?

Using hydrogen peroxide continuously can damage hair follicles. It can also cause hair to become brittle and break down. Using it often can suppress hair growth. Remember, any chemical combination on your hair is damaging.

Can you mix hydrogen peroxide with conditioner?

Yes, you can mix it with a conditioner. Many people do this to try and protect their hair follicles and to gradually lighten their hair. You have to dilute the hydrogen peroxide somehow, so using a conditioner is a good way to do that.