While growing a beard might seem like a hassle to most men, others make a hobby out of it. Some guys go even further and try to set world records. The longest beards in the world belong to the most assiduous and diligent men, who are ready to dedicate their time to growing and maintaining long facial hair.

Longest Beards and Their Amazing Stories

The next time you feel as if you are tired of your beard and ready to shave it off, take a close look at the 10 longest beards and get some inspiration from these brave guys. They spent most of their lives trying to grow an exclusive beard and enjoy it in the process. 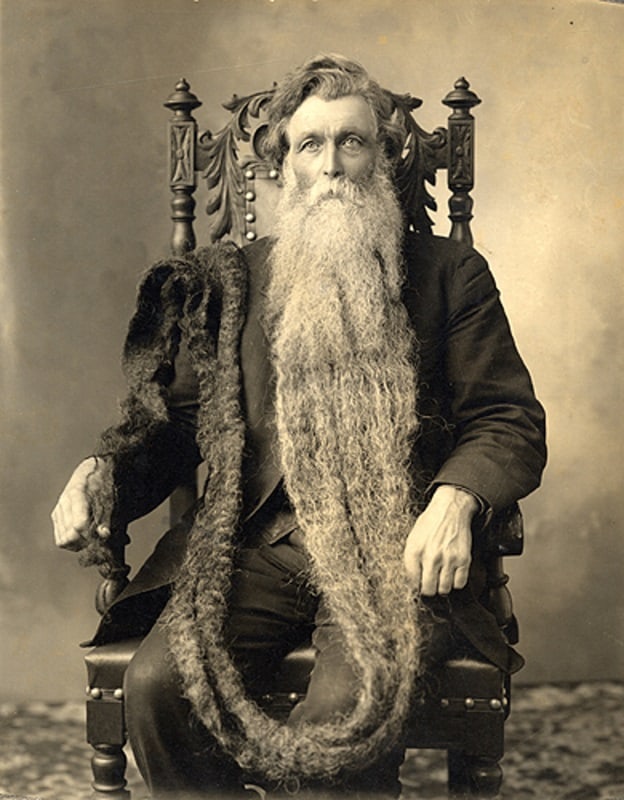 Hans Nilsen Langseth was born in Norway but then moved to the USA. Ever since his death in 1927, he holds the record for growing the longest beard of all times. The beard was measured after he died in Iowa. It was 17’ 6’’long.

However, some records say that when the beard was cut off before burial, there were still 12 inches left on the man himself. This means that the total length of his beard at the time of death was 18 inches. The 17.5-inch beard is kept at the Smithsonian Museum. 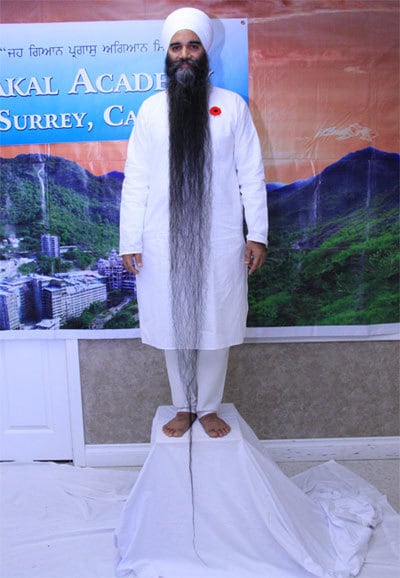 Sarwan Singh lives in Canada. He is the current holder of a Guinness World Record for the longest beard. In 2011, his beard was 2.495 meters (8’2.5’’) long. This is the longest beard a living male currently has. Singh set a record in 2010 and the confirmed it in 2011. He continues to grow it still. 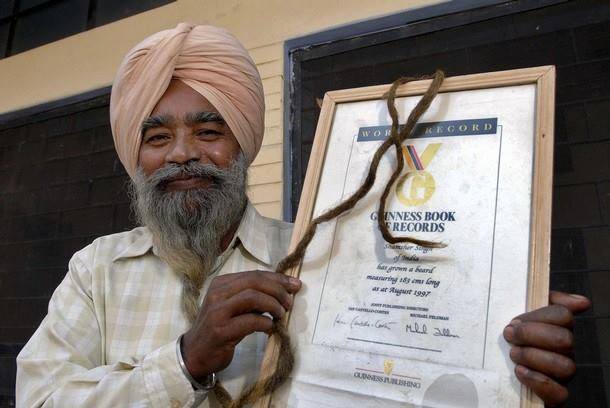 Shamsher Singh Saroye once made the Guinness Book of World Records for his magnificent 6-foot beard. His beard is so long it was once called “The Python.” He lives a pretty quiet life and was last known to be working as a bank security guard. 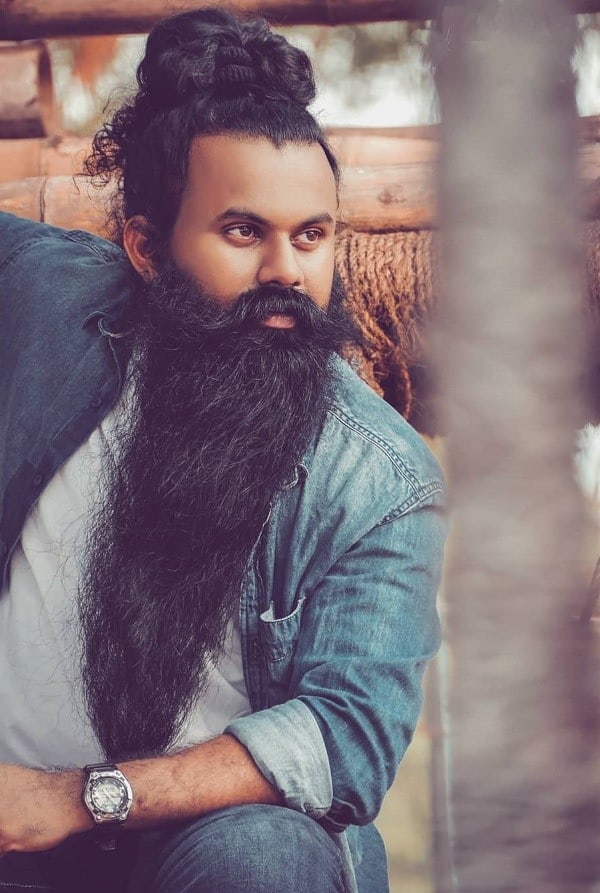 In 2019, Praveen won the National Beard and Mustache Championship in Gurgaon, India for his stunning, 38 inch beard. Originally an IT Engineer, Praveen migrated to Kochi, India to pursue acting. He began grooming his beard 7 years ago after losing a movie role for not having a long enough beard. 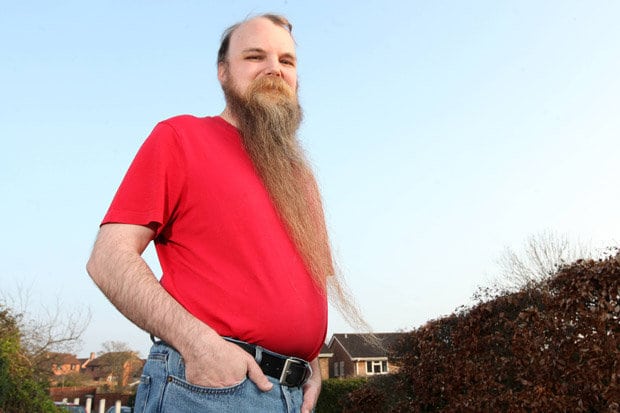 Paul lives in great Britain and takes beard growing as a hobby. He has been nurturing his long beard for over seven years and it’s now about 2.5 feet long. Paul Wright frequents different beard competitions and flaunts it proudly when walking down the street. 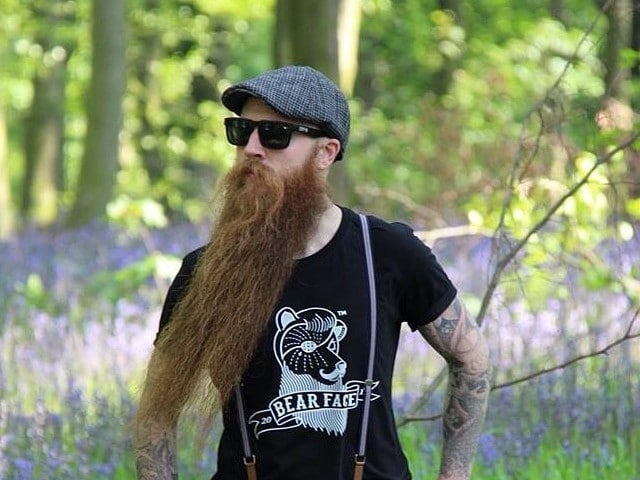 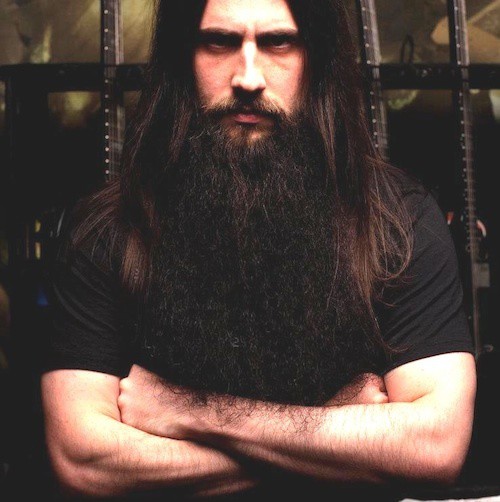 Sean Z is a Vocalist of a metal band Daath. He also performed as a keyboardist with Chimaira. His beard is about 1 foot long. Many of his fans believe that his beard is the best one in music history.

8. The Best Beard in the Cinema World – Madison Rowley

This beard is definitely worth some attention. Besides growing an amazing beard, Madison Rowley is a cinematographer and an actor. He won the World Beard and Moustache Championship in Portland. He continues to grow his long beard. Rowley’s next goal is 1 foot. 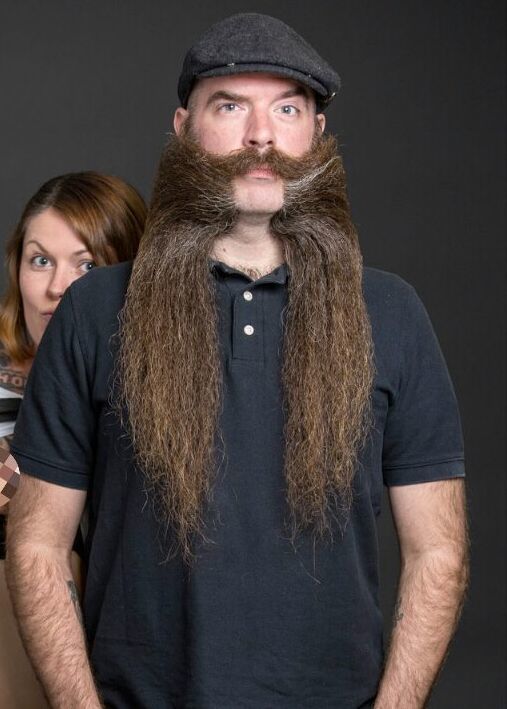 Nate Johnson is known in the beard world as Chops Johnson. He attended more than 35 beard competitions and did well in each one of them. The last time he shaved was 7 years ago.

He works at Warner’s Brothers animation so he doesn’t have to come to work clean shaven. Working with artists allows him to choose his facial hairstyle. 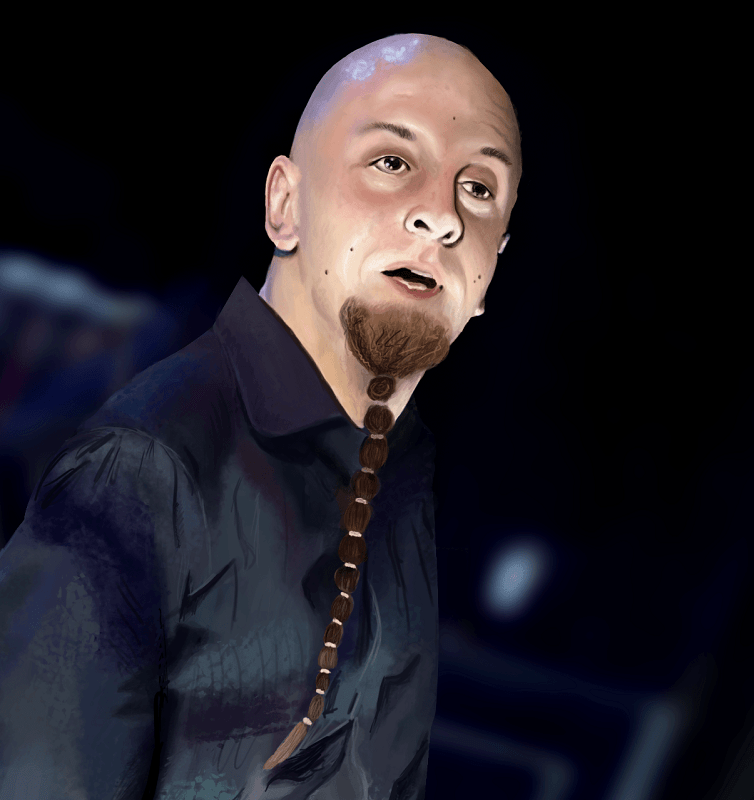 Shavarsh “Shavo” Odadjian is no stranger to fame. The Armenian-American instrumentalist and songwriter for Grammy Award-winning band System of a Down is known as much for his musical talents as he is for his iconic 1 foot beard.

How does he maintain his beautiful beard? Shavo uses an organic shampoo and plenty of leave-in conditioner.

We hope these longest beards in the world serve as an inspiration on your beard growing journey or at least give you some food for thought.