Man bun is the easiest and stylish styles for those who have long hair and looks great with a beard. For a bearded man, having long hair sometimes becomes so irritated as it is quite difficult and annoying to style them. That’s why man bun styles for bearded men are becoming popular and trending nowadays.

How to Do Man Bun with Beard

A man bun hairstyle is actually the twisting of hair to give it a shape of a knob or a bun giving an extraordinary look to bearded men. It can be made high on the head or lower near to neck.

As it is very simple and easy hairstyle, it can be made even within a minute once you are used to it. It includes only four steps which are the following:

You are done with the bun! This man bun is a traditional style and also works wonderfully on shorter hair.

Man bun and beard is a great combo. There are a lot of man bun styles for bearded men. If you are bored with simple ponytails, then you can try different styles of man bun. Here we will discuss the most stylish and trending man bun with beard. 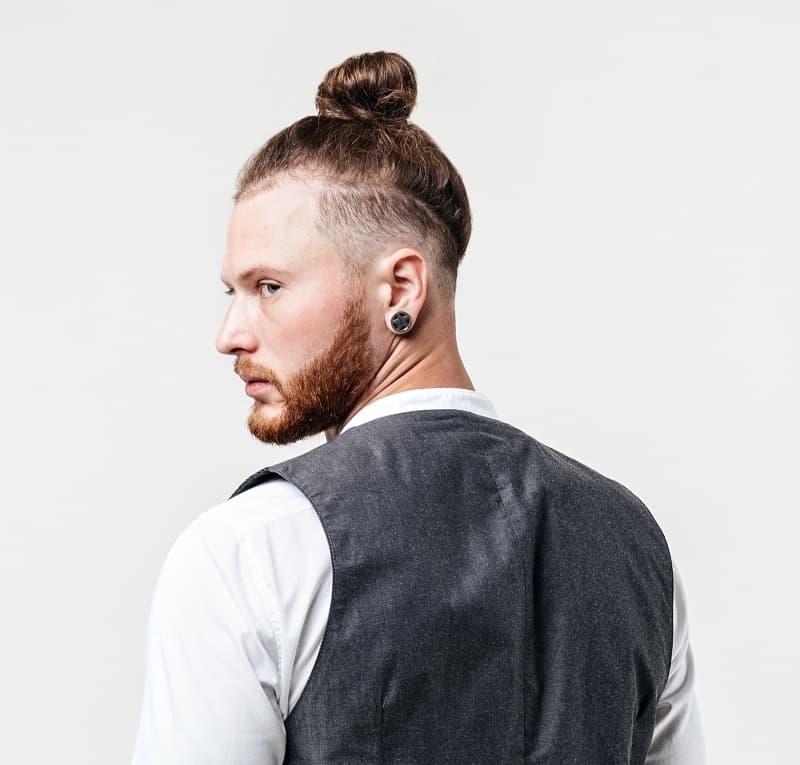 Undercuts are very trendy right now and add crucial middle ground on a man bun with short beard style. Create a hard line between the medium fade section and the top of the hair for sharpness. 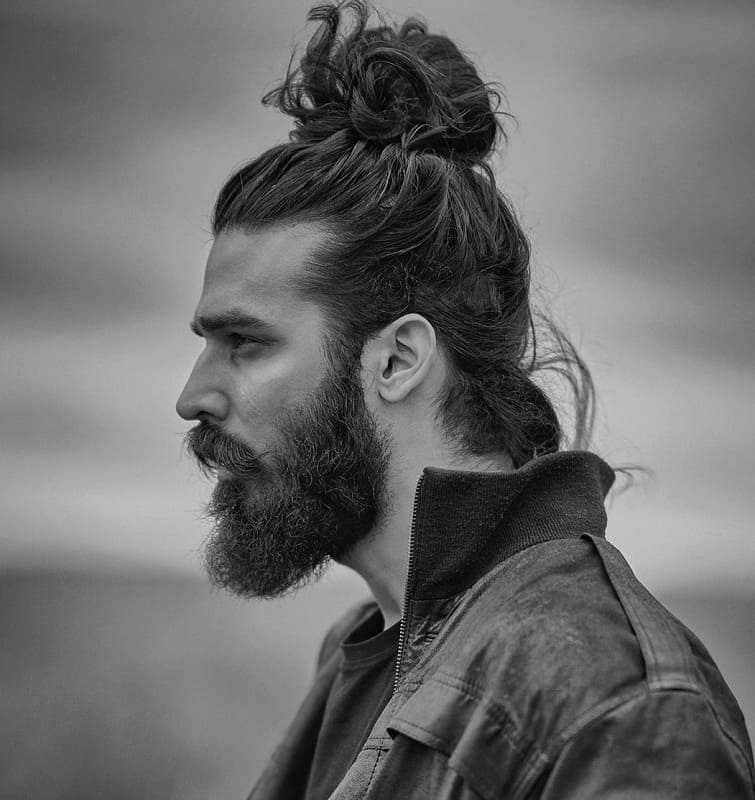 Don’t worry about being precise, an Indian man bun with beard is meant to show off your rugged side. Even though hair is tied up in a messy manner and your beard isn’t perfectly groomed, healthy, hydrated hair is key. 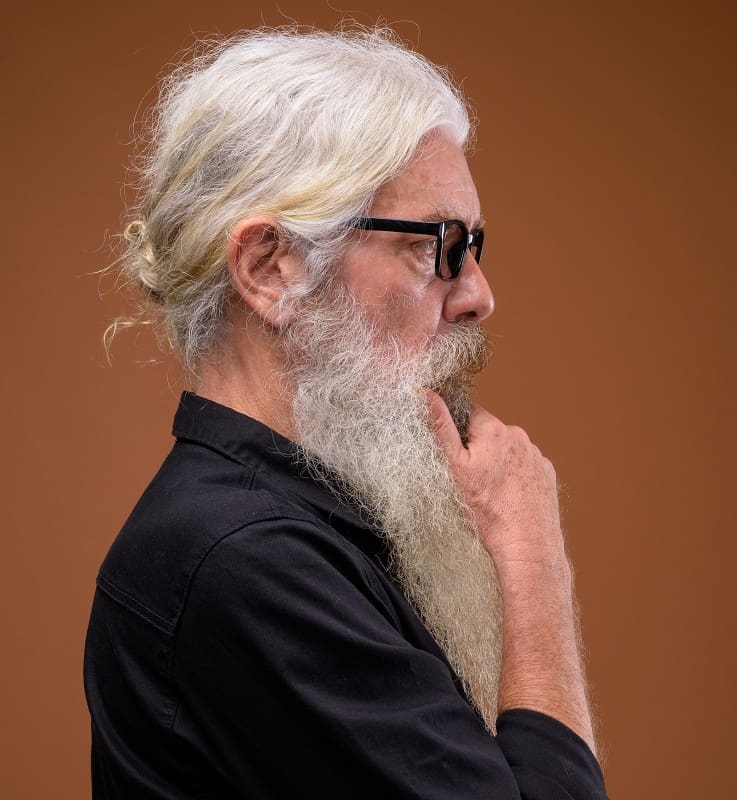 One never wants to crowd the face, especially if you like rocking accessories. A low man bun with beard and glasses is ideal for helping to open up the appearance of your facial features. 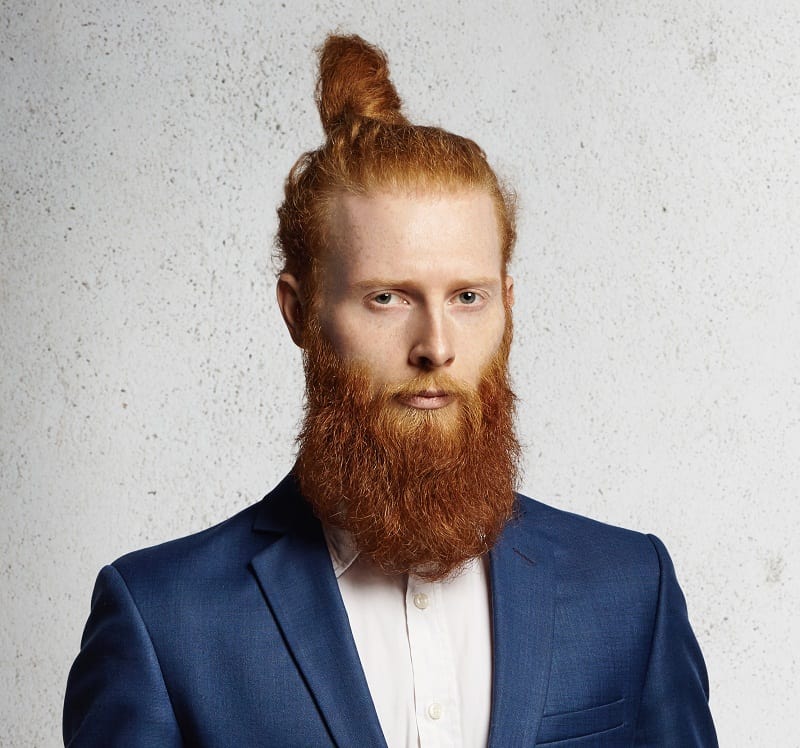 Every hairstyle should create balance on the face. Try a top knot man bun with long beard as the beard will draw the eyes downwards but an up-do will add focus to your eyes and strong cheekbones underneath. 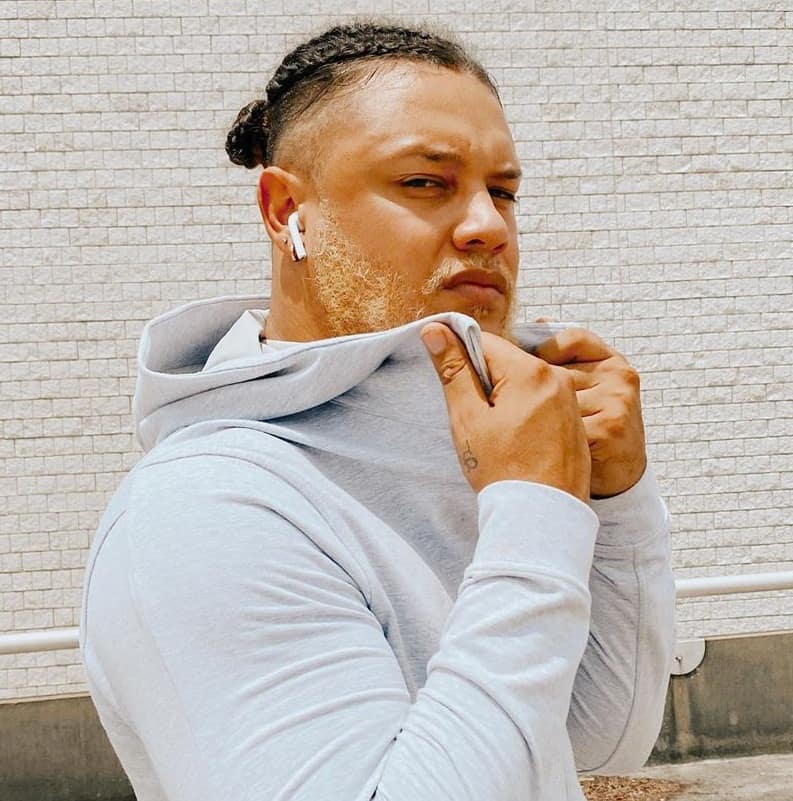 With a short beard, you don’t have to worry too much about creating balance. A mid-bun with beard fade is perfect for more casual situations while a braid detail reveals your personal style. 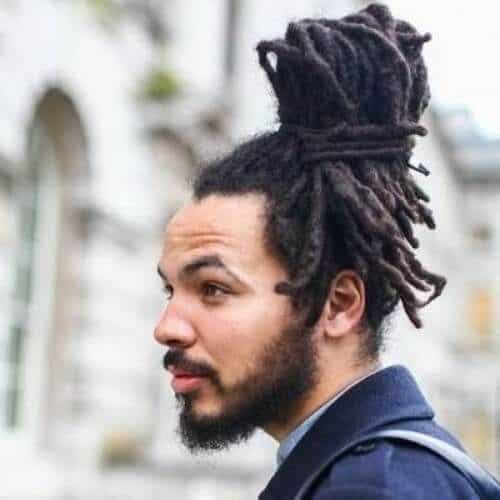 You can convert the simple dreadlock style into a bun that will give you a funky look. You can tie the dreadlocks into knot or bun or can also use an elastic cloth band to tie them.

These locks can be styled into a bun in two ways either coiled them up at the head or tie them into a knot. Both ways give a cool to simple man bun style for bearded men. 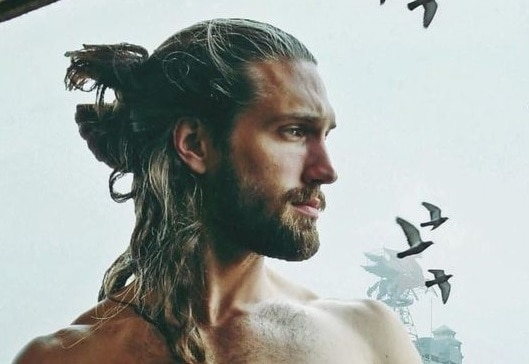 This is a classy man bun style. It mostly suits on wavy or curly hair.  It is a little messy but cool style. It is a combination of a trimmed beard and a half up bun.

How to make it: Collect hair from both sides of the ear and make a ponytail. Then split the ponytail into half and with free hands twist the tail to make the coil. Then tie it up to give it an epic look. 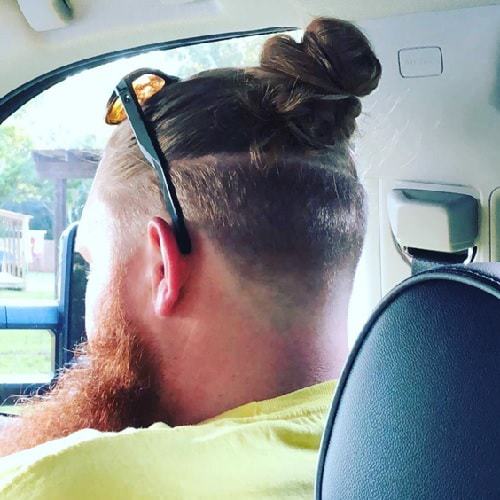 It gives you a sophisticated look. It is a combo of a semi bun at the top of the head with an undercut at sides and back of the head. The sides are shaved slightly to give it a fade look. 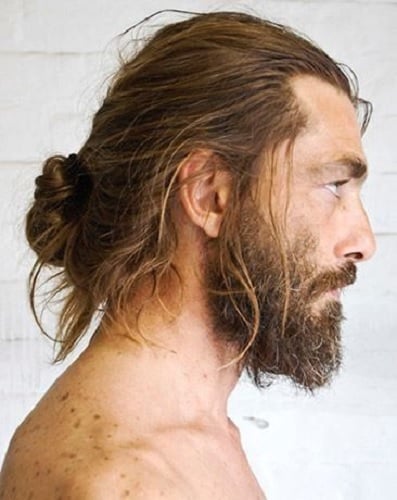 It is not a neat bun, it gives your hair a little messy look as shown in the picture. 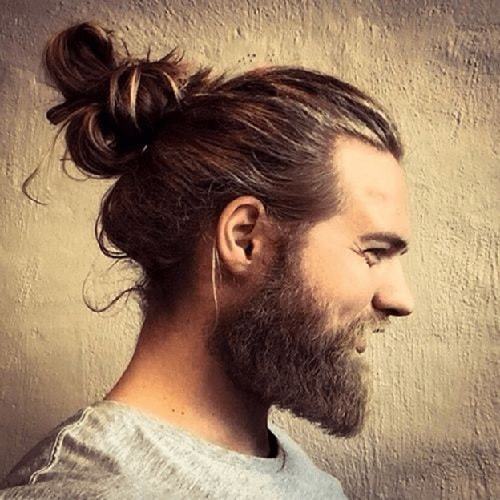 If you tie your hair tightly then it may cause damage to your hair. To prevent the damage you can try a loose man bun style as shown in the image.