When we talk about black kids with blonde hair, not only do we talk about a very rare and unique phenomenon, but we are also directly witness something that shows a truly wonderous and fantastic side of nature.

Black people with naturally blonde hair descend from Malasia and their genes are something that is not only intriguing as an aesthetic category but also as a scientific phenomenon.

Where Do Black Kids with Blonde Hair Come From? 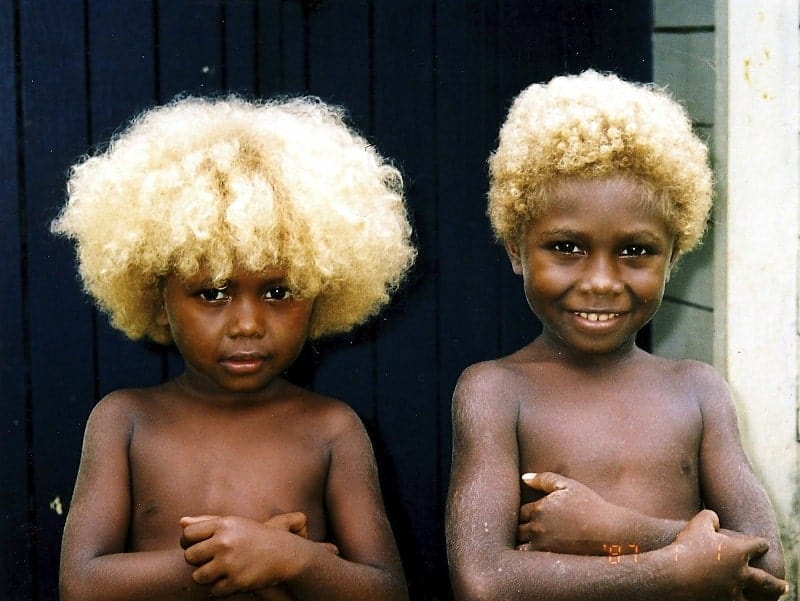 These people, who mostly originate from the Solomon Islands, are not only people of the black race with slightly darker hair, but their skin is among the darkest skin colors outside Africa, with their hair being bright golden blonde, which is absolutely unordinary and fascinating.

Most Popular Blonde Shades for Hair

Hypotheses about Their Blonde Hair 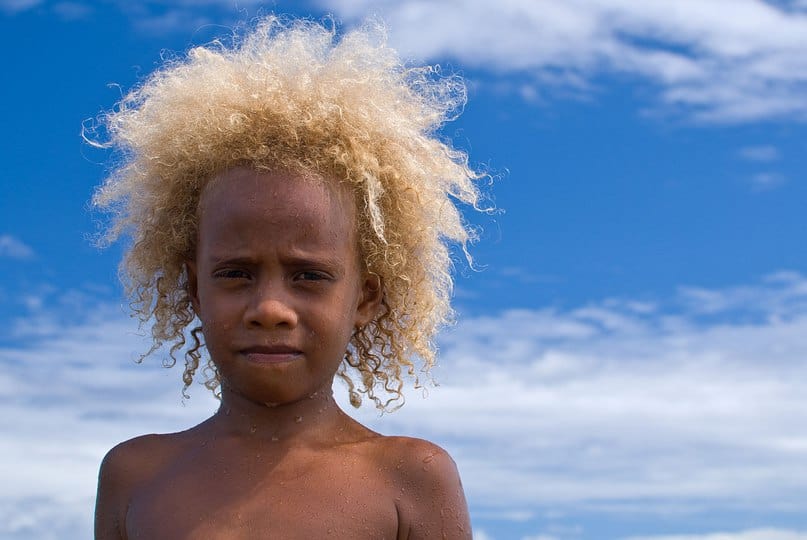 In the past, people have gone so far as to assume that blonde hair in black kids comes from a mix of bright sunlight and salt-water, which led to the process of whitening.

Some assumed that it had to do with rich fish intake, while others thought that it was a consequence of the arrival of the Europeans to Australia. However, the scientific answer is a little bit more complex.

Scientific Explanation of a Genetic Mutation 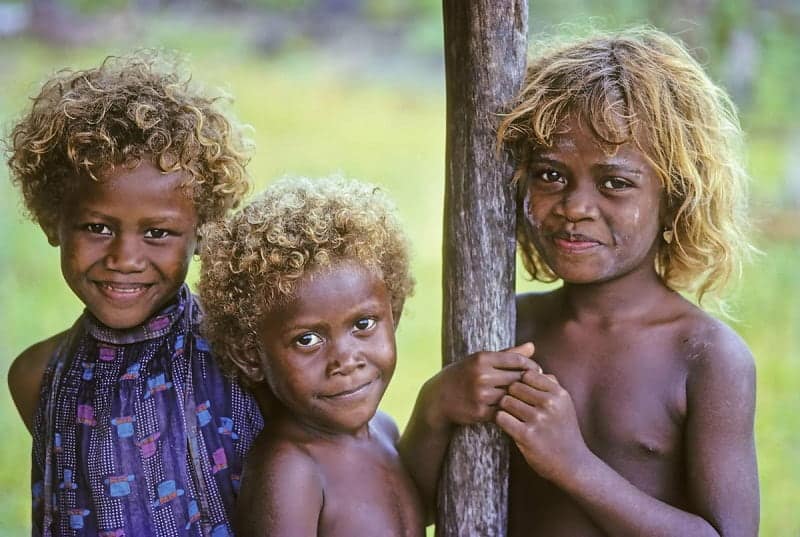 A number of scientists have been intrigued by the possibility of such an occurrence. One of those who were committed to finding out what hides behind such a peculiar rarity was a Canadian scientist by the name of Sean Myles. He said: “They have very dark skin and bright blond hair. It was mind-blowing. As a geneticist on the beach watching the kids playing, you count up the frequency of kids with blond hair, and say, ‘Wow, it’s 5 to 10 percent“.

This genetic mutation differs from the ones among the European population, such as the ones responsible for blue eyes and blonde hair, which makes this gene that has an important role in the pathway of biosynthesis and melanin completely unique and gorgeous.

Black kids with blonde hair are actually not so hard to find on the Solomon Islands, as 26% of these people are proud owners of these exceptional genes. However, globally not many people know about this phenomenon which definitely deserves more attention and admirations because it looks so amazing and gorgeous.