The hair-lightening process can be daunting; it requires a lot of steps and precision in products, timing, and measuring.

If you’re lightening your hair using chemicals (which is how almost all hair lightening happens), you will need a few items to complete the chemical processing. Bleach is usually part of that mix, and so is the developer.

We’ve all heard horror stories from people who messed up bleach, developer, dye, mixing, or something that resulted in the wrong color shade as well as damaged hair.

So, knowing basics like the differences between bleach and developer is a must for anyone involved in hair dyeing.

In this article, we’ll focus on the details of these two essential parts of the hair-lightening process and clarify any doubt about bleach vs. developer.

How Does Bleach Work? 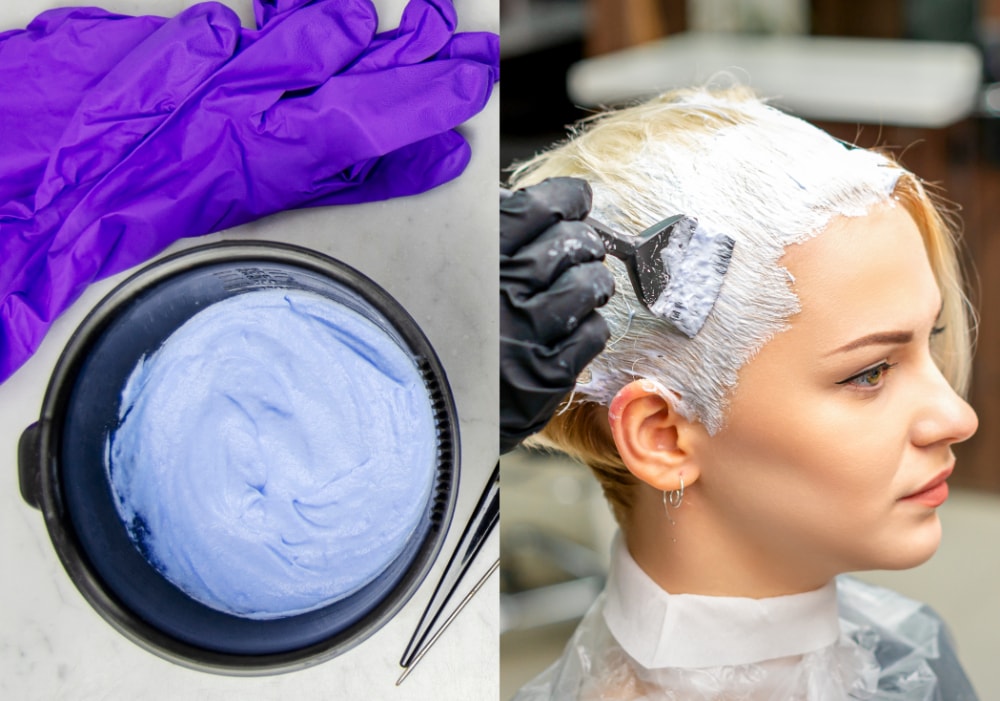 Melanin pigment molecules cause your hair to have color. The amount and type of molecule decide the color of your hair.

The bleach chemicals affect your pigment molecules, causing them to break down and dissolve. In essence, bleaching your hair causes your color to be washed right down the drain.

Some people think that hair bleach is the same as the bleach used for household cleaning, but that’s not true at all. They are made up of different chemicals and work in different ways.

How Does Developer Work? 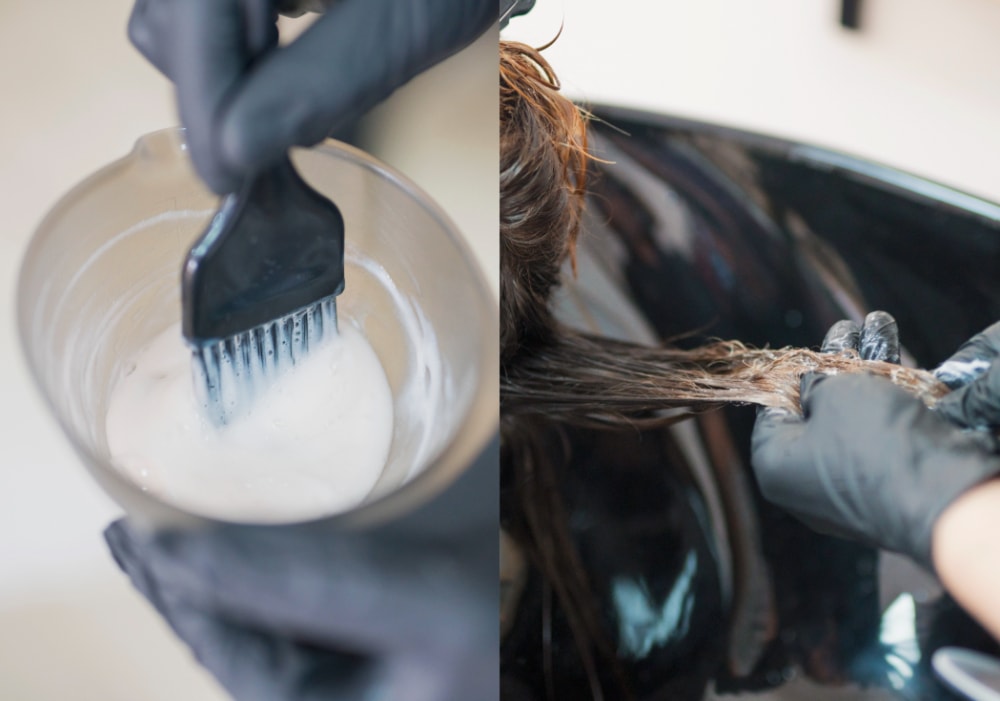 A developer is a cream or liquid product that is used in conjunction with hair color or bleach. It’s composed mainly of hydrogen peroxide, but it can also contain some conditioning agents to protect the hair.

The developer works by “lifting” or opening the hair shaft to allow color or bleach to penetrate it. It works with bleach, activating the bleach to do its job. In short, it opens the door to the hair treatment that’s to follow.

Number 20 is the most commonly used developer level in hair coloring; it’s usually strong enough to get the desired level of lightening, but it depends on the person and the type of hair color they’re going for.

Sometimes, 30 or 40 developers are needed to achieve a specific result, but because these are potent developers, they can cause more damage, primarily if used with bleach.

Major Differences Between Developer and Bleach

A developer is another chemical solution that’s commonly confused with bleach. Developer and bleach may seem like the same thing because they both lift your hair. In reality, the two products are very different.

The developer is an activator for hair dye or bleach, a mix of silicones, conditioner, and hydrogen peroxide. These compounds penetrate the hair cuticles and disperse and lift the natural hair pigments.

Unlike bleach, they do not strip your natural color away or cause significant damage to your hair.

You should use hair developers for the purpose they were created: lift hair shade.

Most of us have had the experience of being mesmerized by the choice of hair color available. It may have looked great on the box or the photos online.

That’s where developers come in. They get the job done as long as you know what to expect and understand the product’s limitations.

Bleach removes the natural color from your hair and the only way to “unbleach” your hair is to either put dye over it or wait for it to grow out. Developers lighten your hair; you’ll need to use a developer with your bleach or hair dyes to get the desired result.

Also, developers alone can lift your hair color a shade or two lighter depending on the vol you used, but without it, the effects of bleach will be Nada.

Can You Use Developer As Bleach Alternative? 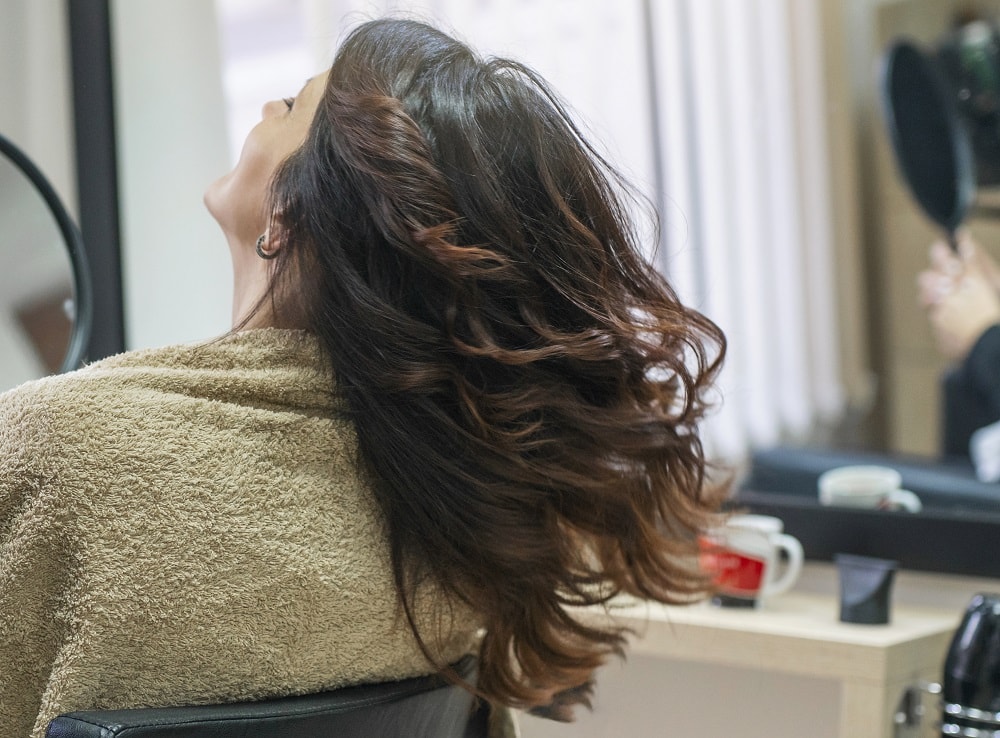 It would give them some highlights without the harsh, bleached look.

Keep in mind, though, developer isn’t a replacement for bleach. It will not cause dramatic lightning results by itself.

Developer alone is also likely to create a reddish or brassy result when it lightens it. This is particularly true for people with dark hair.

If you want to use developer alone to brighten your hair color and don’t want excessive brassy tones, plan to follow up with a purple shampoo or a toner in an ash tone.

Will Developer Damage Hair Without Bleach?

Developer isn’t as harsh on hair by itself as it is when used in conjunction with bleach, but because it opens the hair shaft, it can cause damage to your hair.

If you’re using a developer to create a subtle lightening effect, follow it up with a deep conditioning treatment and follow protocols for color-treated hair.