There are so many iconic characters with mustaches that we admire! A mustache has often been considered as the ultimate representation of the understated classy machismo. No wonder we often remember the movie characters as much as their mustache styles.

In fact, there are some famous characters with a mustache like Charlie Chaplin whom you remember as much as the tramp as one of the faces that made the toothbrush mustache famous. Often the characters with mustache become iconic, especially for their mustache.

Here is a lowdown on some of the most famous characters with their mustaches. Even after months and years, they are as much known for these characters as for the mustache style. 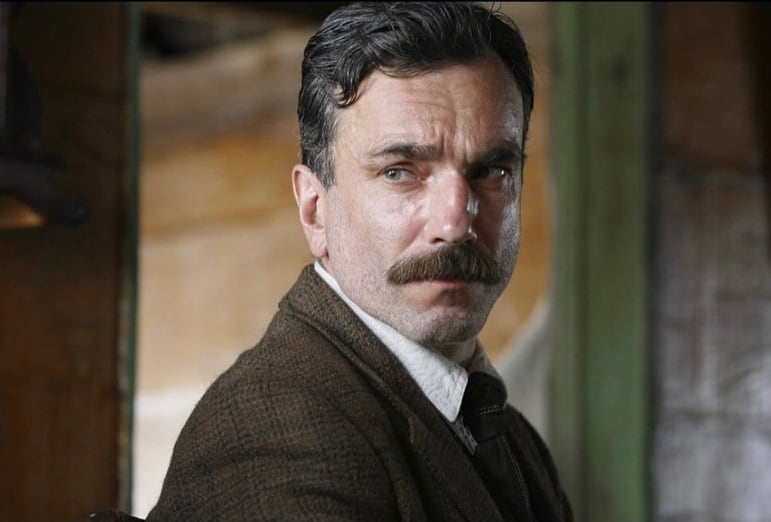 Daniel Plainview’s chevron mustache is classic older gentleman style. It’s thick, takes the shape of a soft triangle, and is pretty handsome without a beard. Pair it with a haircut that is longer on top than the sides. 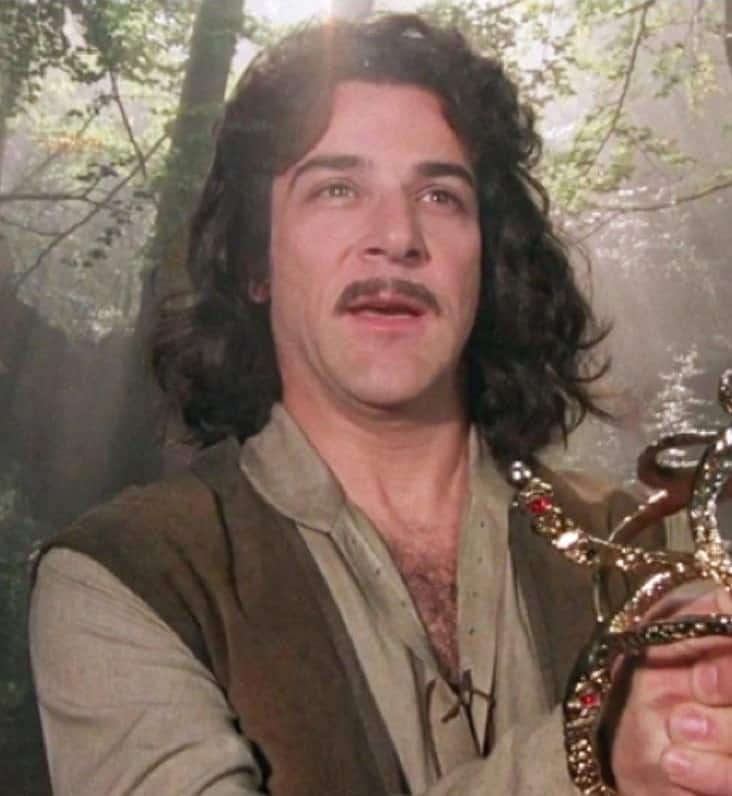 Who could forget Inigo Montoya’s classic small, thin mustache? It may be small in size, but it takes precise shaping, so attention to detail is a must. It looks great with a thick head of hair. 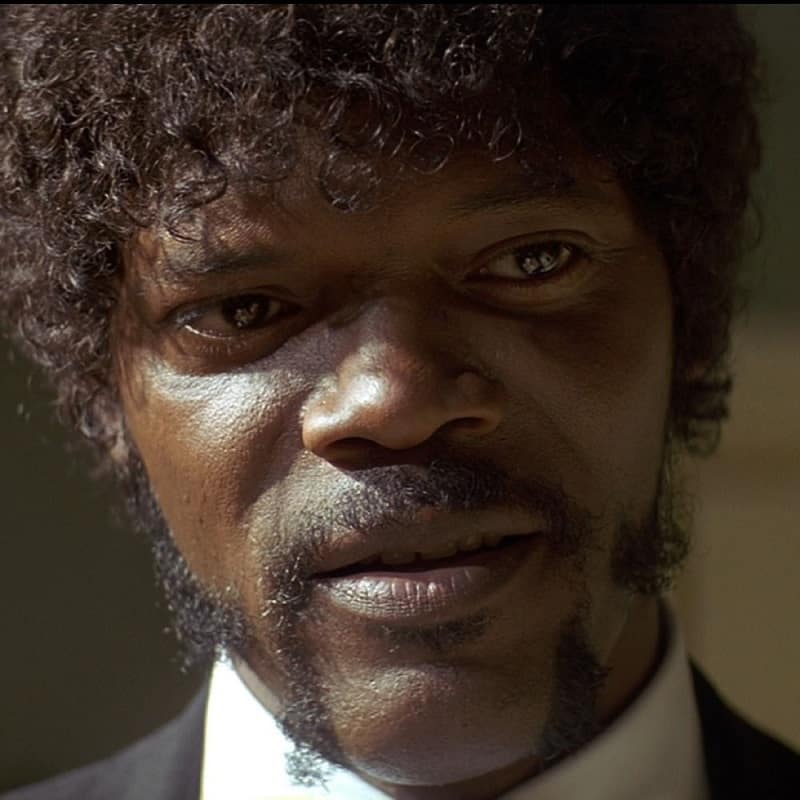 Jules Winnfield’s horseshoe mustache style in Pulp Fiction gives him the strong, silent vibe. It is quite handsome on men with strong cheekbones, so consider a disconnected beard if you choose the horseshoe mustache. 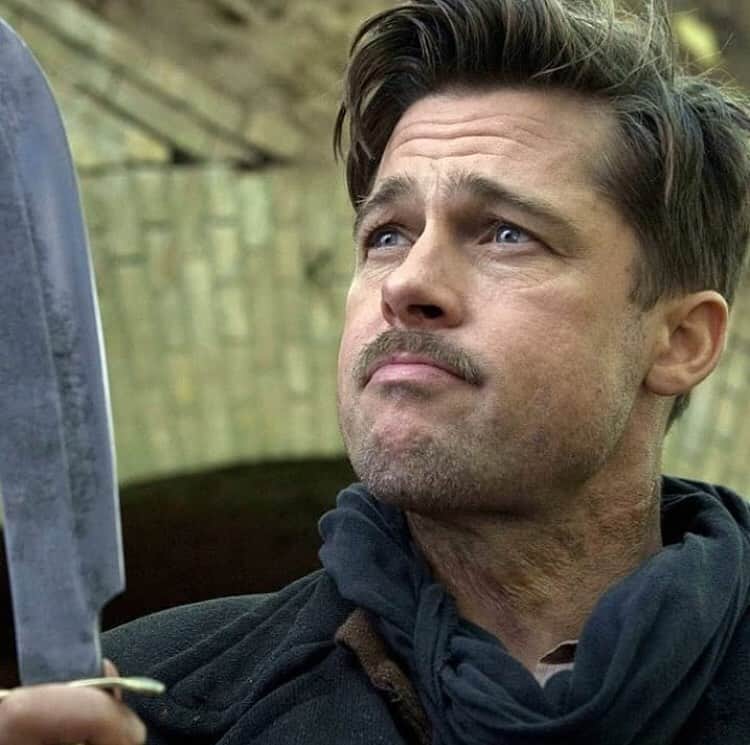 We don’t think Brad Pitt could look bad with any kind of facial hair, especially as his character Lieutenant Aldo Raine. The thin mustache doesn’t have any points and is a style men with strong cheekbones or wider set faces can pull off better. 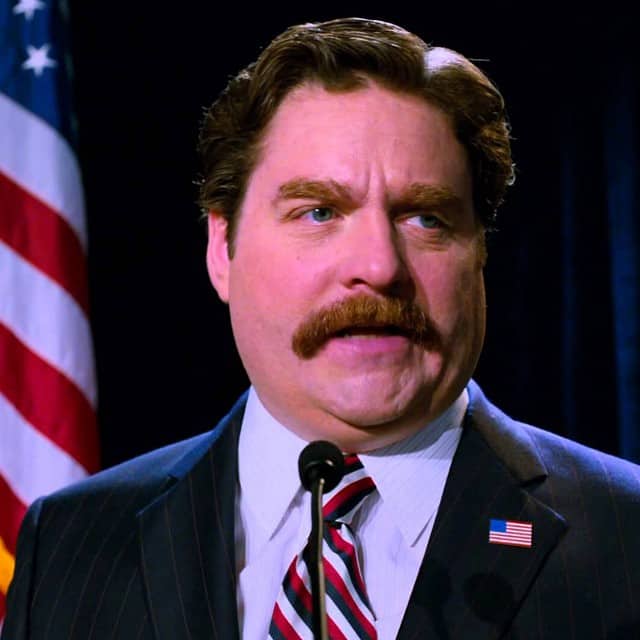 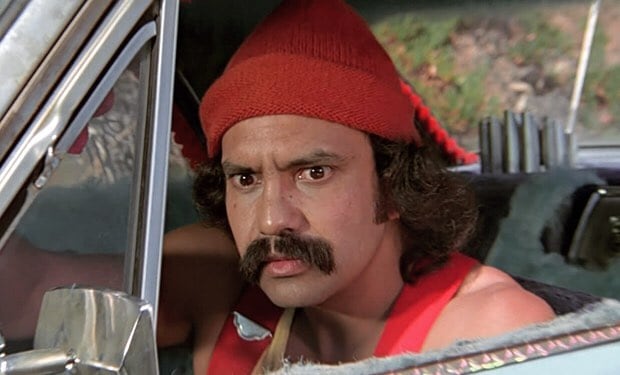 Pedro de Pacas’ bushy brown mustache is certainly oversized, but his character pulls it off well! If you’re a man with a slender face and long hair, you’ll look great with this style! 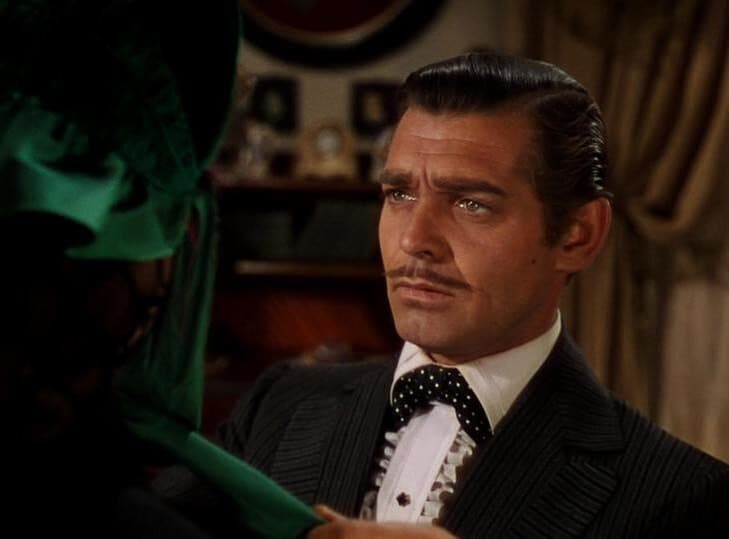 It’s practically impossible to look at Clark Gable’s character Rhett Butler in Gone With the Wind and not melt. A big part of his handsomeness comes from his long pencil mustache. With slicked back hair, this man is the definition of dapper! 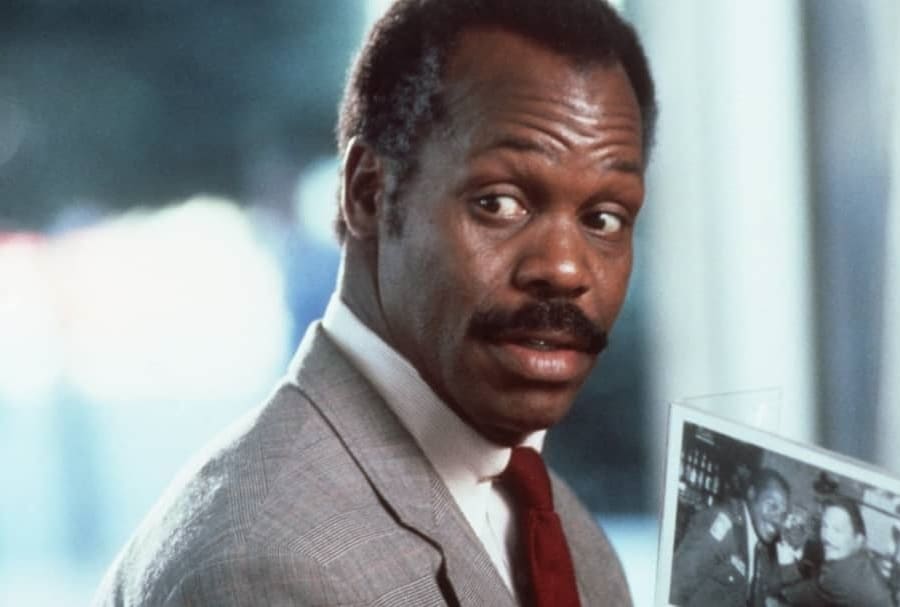 Lethal Weapon character Roger Murtagh is a police officer who rocks the classic magnum pi mustache popular for men in his profession. The short length is easy to keep up at home with a pair of clippers. 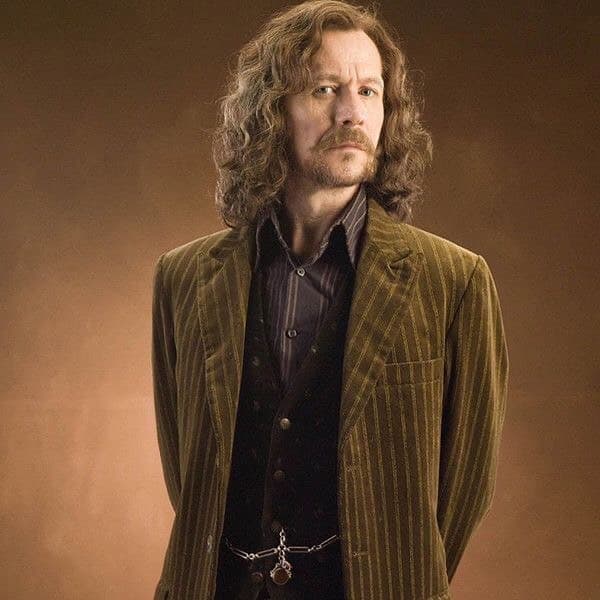 Long wavy locks are the perfect hairstyle to wear with a mustache and goatee, like Harry Potter character Sirius Black. While his mustache is short, his beard is a little longer and scruffier, but some men can pull this off handsomely! 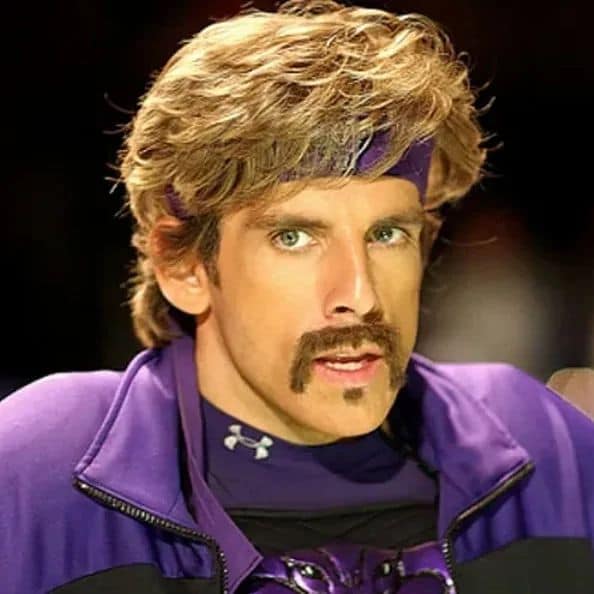 Ben Stiller as White Goodman in Dodgeball is hilarious and his handlebar mustache with soul patch are integral to his character. He rocks a thick 80s hairstyle with it. 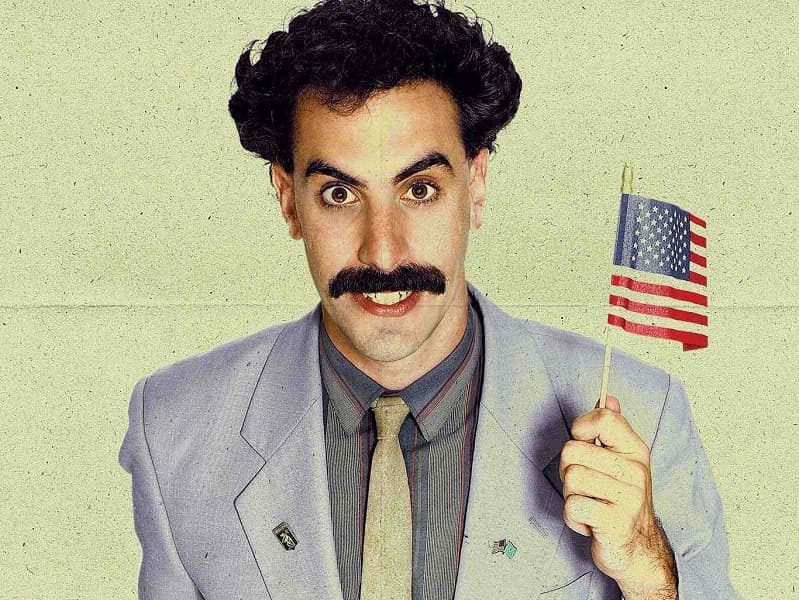 Sacha Baron Cohen as the fictional character Borat, A Kazakh Journalist took America almost like a storm. But it was not just as his character Barot but also the trademark Painters brush mustache.

It is bushy, thick and unlike the Chevron or the handlebar mustache variants, it does not have either a twisty end or a curvy style.

Much like the Mankini that he made famous, this character’s mustache style too became the signature of the uber cool men prepared to make a statement. 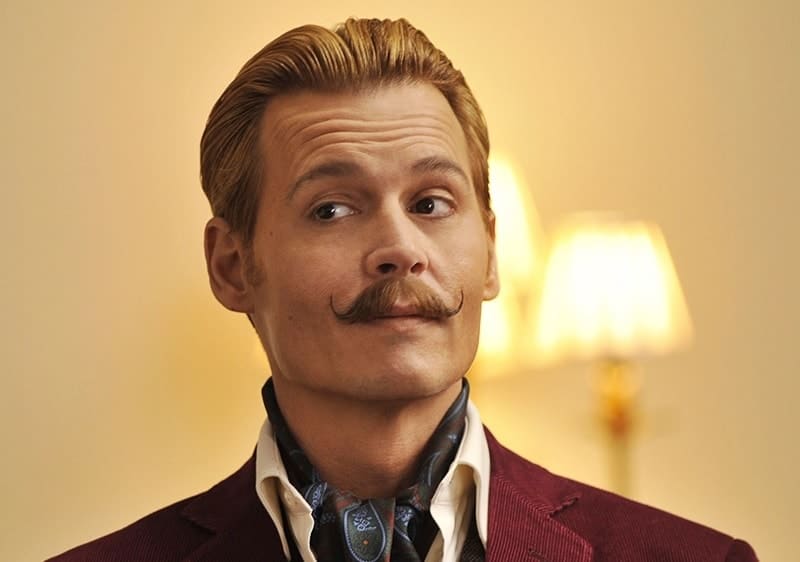 The French mustache is back with a bang thanks to Johnny Depp’s portrayal of this famous character with mustache, Mortdecai. In recent years this style has been making a gradual comeback, and with Charlie Mortdecai, it has sealed its place in the men’s fashion world in a definitive manner.

This is best suited for a man of style, substance and vintage taste. It is prim, proper and absolutely unmissable. 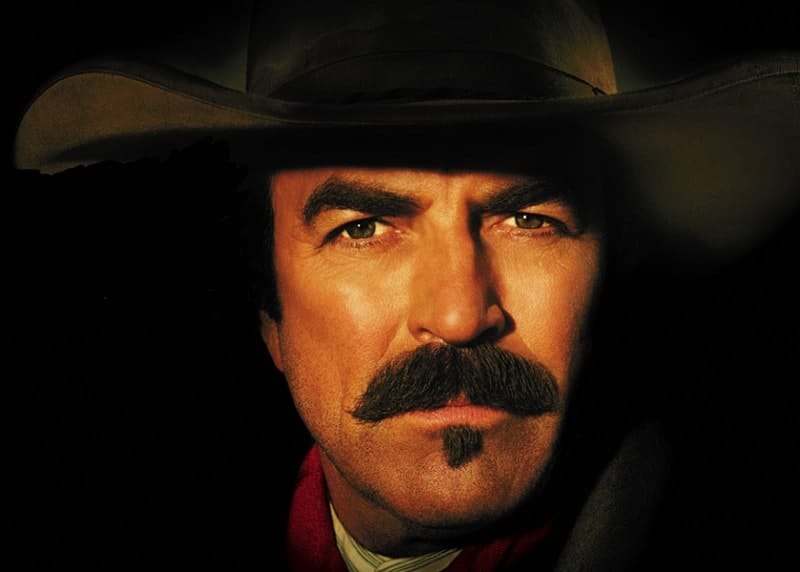 Tom Selleck is quite well known for this cowboy character, Rafe Covington. But it is not just his character that became famous. The Walrus mustache too got iconic status with his portrays of Covington character in this mustache style. 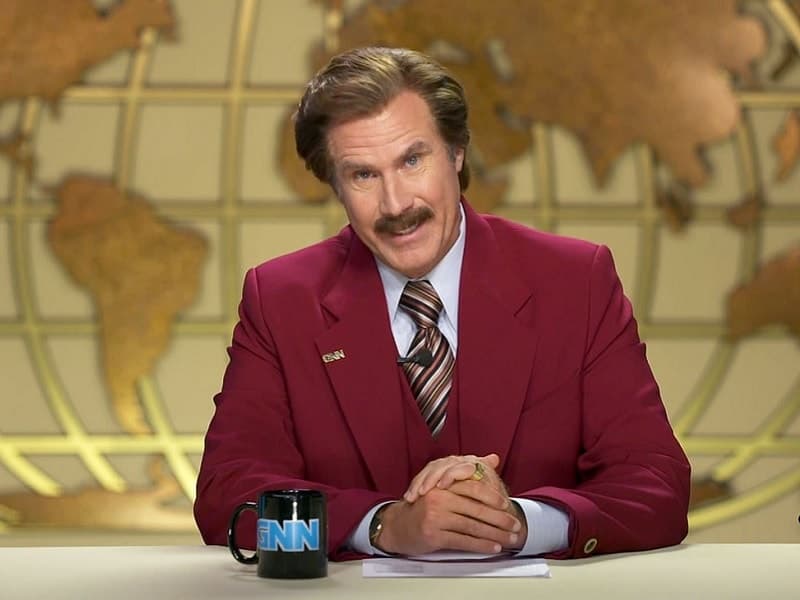 The Anchorman, Ron Burgundy gave the Painter’s brush mustache style a completely new dimension. The edges are rounded and the width is relatively huge.

It is another iconic character with mustaches. It is often seen as a sign of success and understated class won by men who are confident in their skin. 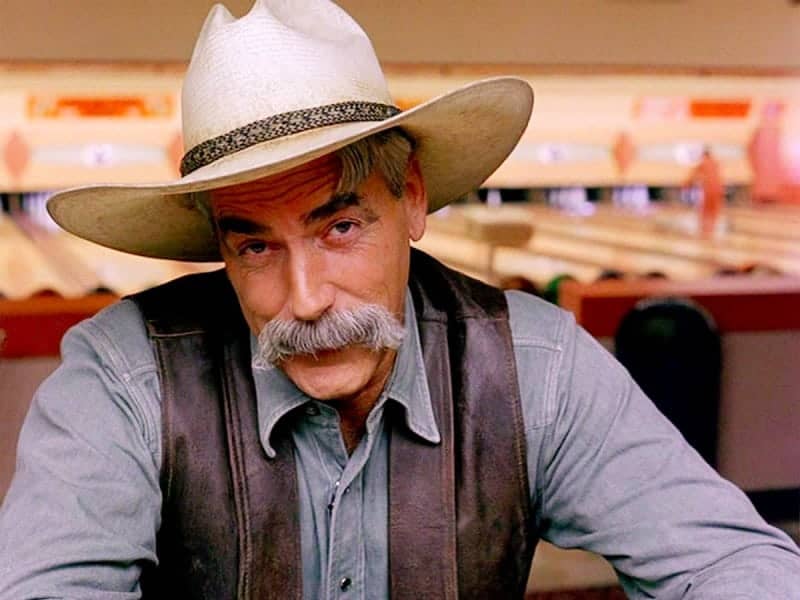 It best suits those who have slightly wider upper lip allowing the natural growth of the mustache and being able to maintain the fall.

This was a rage in the 19th century, but in the modern context, Elliot managed to bring in a sophisticated edge.  It is in many ways, a representation of the raw masculine character and someone who makes his own rules. 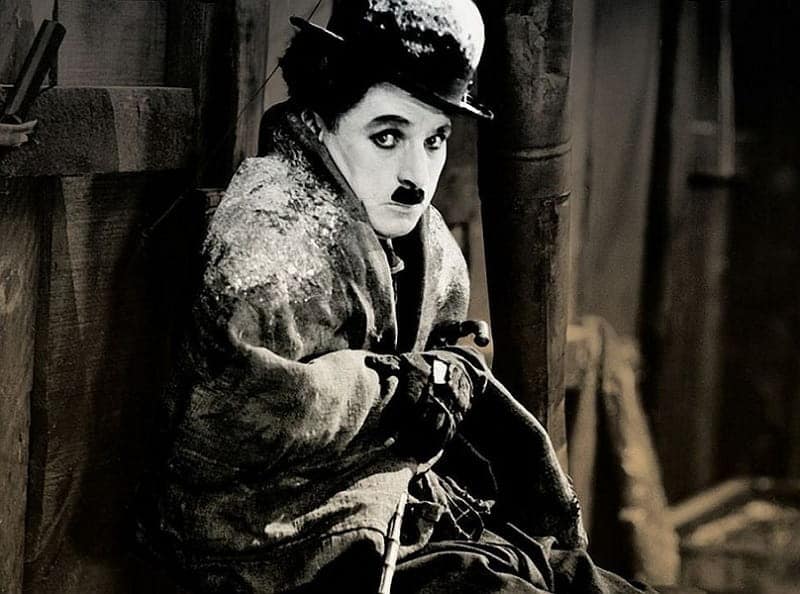 Now, who does not recognize this famous celebrity character with mustache? Perhaps no character has lent as much personality to a mustache style as Charlie Chaplin’s ‘tramp’ has done to the toothbrush mustache. Though it looks rather simple, this mustache style takes time and patience to grow.

If you want to sport this style make sure that your sense of humor is even slightly close to what Chaplin is famous for. 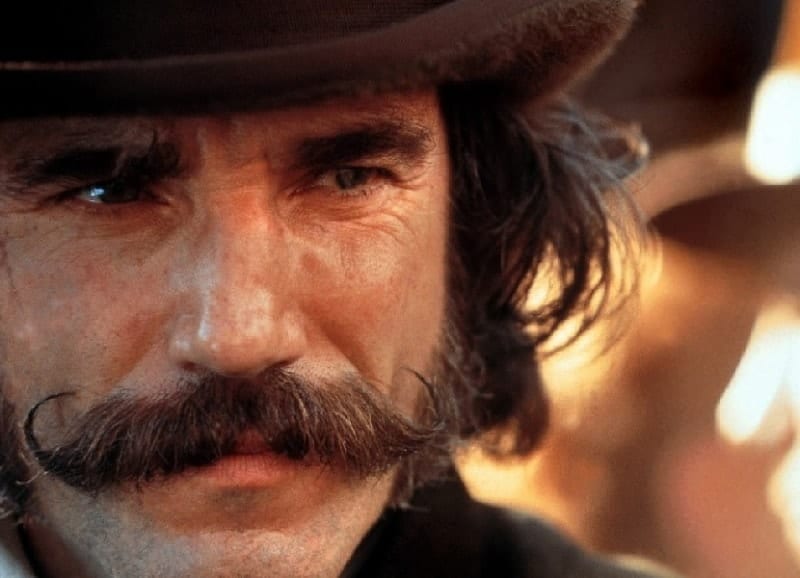 This famous character from the Gangs of Newyork is amongst those top characters with long mustaches who made their favorite style as memorable as the character.

Rugged, wild and a man who lived by his own rules, the conventional handlebar mustache almost got reinvented with a modern and sophisticated Imperial twist.

The ends are narrower compared to the middle. When you mean business and ain’t in no mood to take nonsense, this is the style that best portrays your personality. 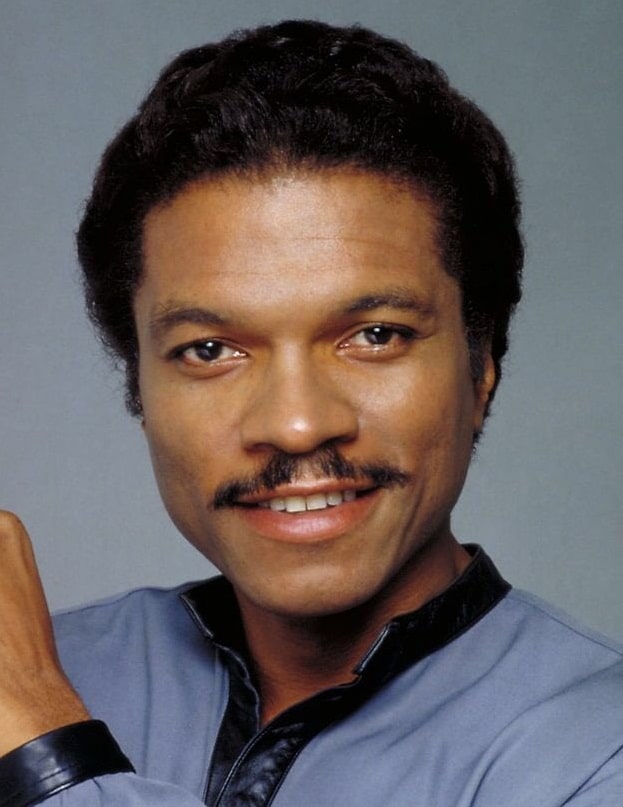 Billy Dee Williams portrays Han Solo’s old friend from Star Wars, Lando Calrissian, who features a thin double pencil mustache. It greatly suits his playboy and gambler look from the movie and is an excellent choice for men with not quite dense facial hair. 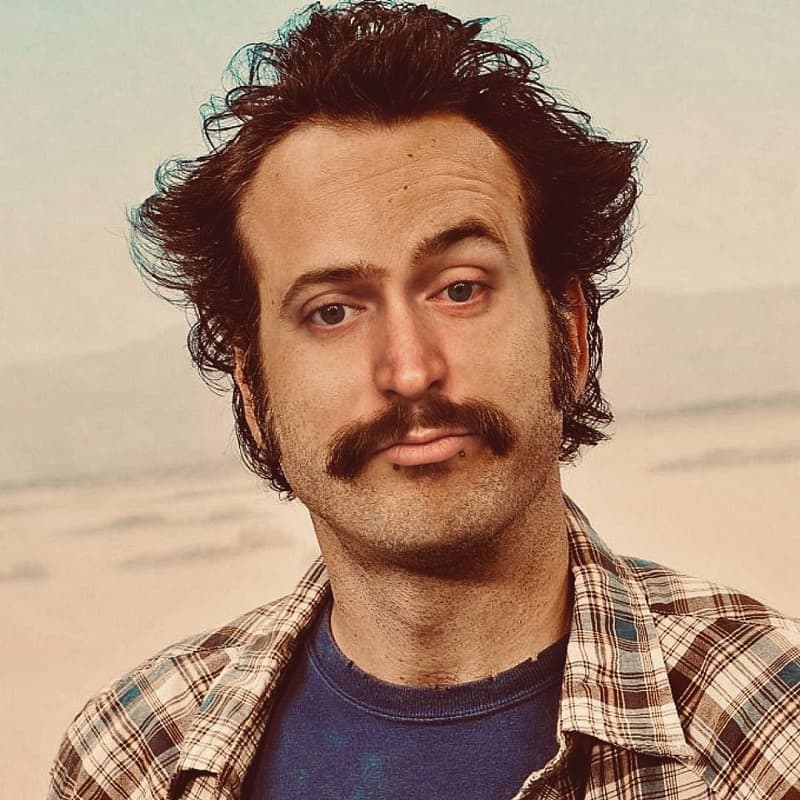 Jason Lee is proof that a mustache can change nearly everyone’s look dramatically. You remember him from the “My name is Earl” series, where he played a guy that wins 100.000 dollars in the lottery. He sports a classic chevron thick mustache that goes right about the corners of the mouth and a textured uplifted hair with thick medium sideburns. His messy look placed him among the most recognizable and iconic characters with a mustache. 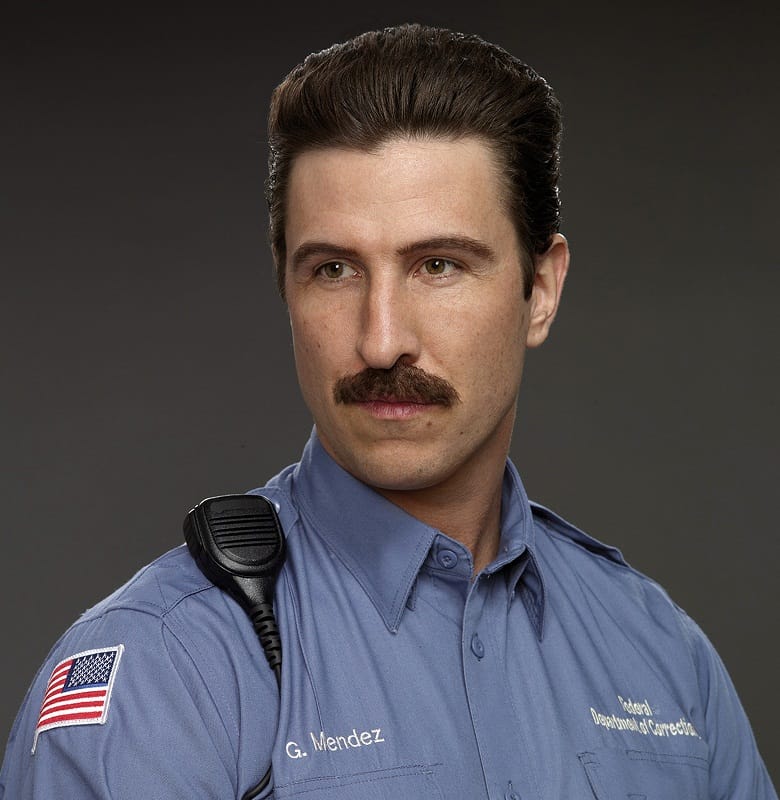 Pornstache certainly deserves an award for his thick, bushy, always in place mustache. Pablo Schreiber even grew fond of the mustache and opposed taking it off when, for one of the “Orange is the new black” episodes, he had to shave his most iconic feature.  The walrus pyramid mustache goes like a triangle above the upper lip and is ideal for men with triangle-shaped faces with a pointy chin.

Often the famous characters with mustaches are successful in lending an iconic status to their mustache style. It is the character that they are portraying and the personality it embodies that makes these mustache styles so popular.

Fans, no doubt want to emulate their favorite stars and wear these. But remember characters with mustaches may sometimes wear an artificial variant but if you want to grow them, these styles need care, maintenance, and tending. A healthy diet along with top grade products for mustaches too can aid their growth in a comprehensive and continuous fashion.