If you like wearing your hair stylishly, then you are surely aware of the buzzed Mohawk. One of the trendiest short hairstyles for men, it is alluring, convenient and with a good dose of esoteric magnetism. It can easily turn disadvantages like sparse hair or a widow’s peak into an absolute asset and carve out a brand new charming look for yourself. 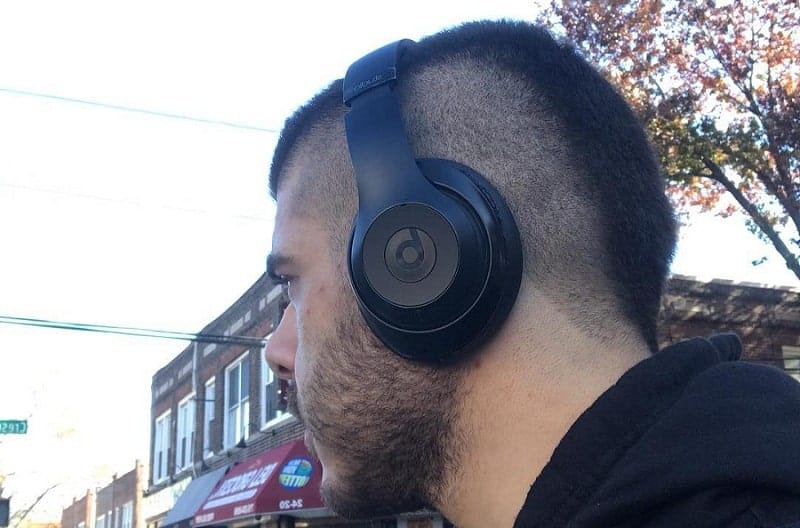 The perfect buzz cut Mohawk is all about precision and in-depth design sense. The trick is to make sure that the sized are buzzed off uniformly. The original inspiration for the Mohawk is from Mohinican, so the center is decidedly dense and voluminous.

In the conventional Mohawk version, the length of the hair is particularly long but the buzzed Mohawk solves this problem too. The overall length is as short as the typical buzz cut. Just the variation of volume and interesting mix of fade haircut and shave bring about a startling impact.

If the subtlety of any style appeals to you, the Mohawk on a buzz cut is a beautiful representation of the same. The clean lines, the straightforward cut, and the low maintenance styling makes this a formidable fashion statement.

Here is a quick look at some of the most stunning buzz cut Mohawk hairstyles. These are not just cool and classy but also have a convincing timeless appeal that is hard to beat. 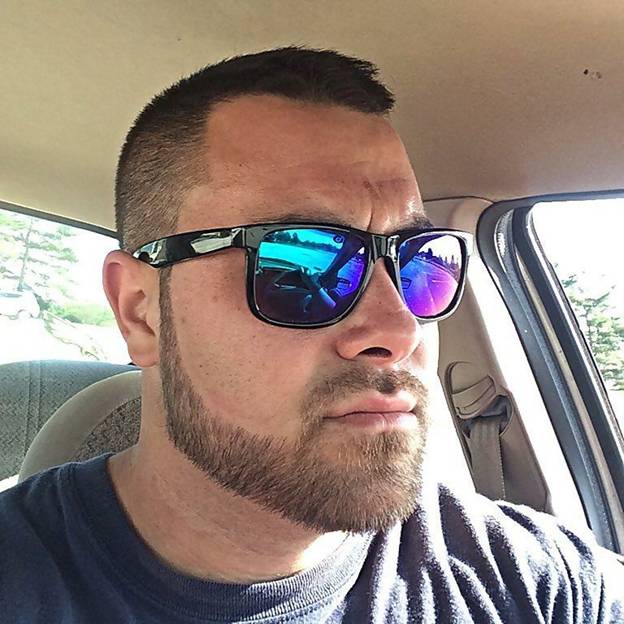 The center top portion has tiny spikes that set it apart from the buzz fade on the sides. In this trendy, cool and the tapered beard compliments this buzzed Mohawk look in a comprehensive fashion.

The versatility of this look is the most striking feature. Whether you are a hipster musician or a corporate tycoon, this is a type of style that will always appeal to people. 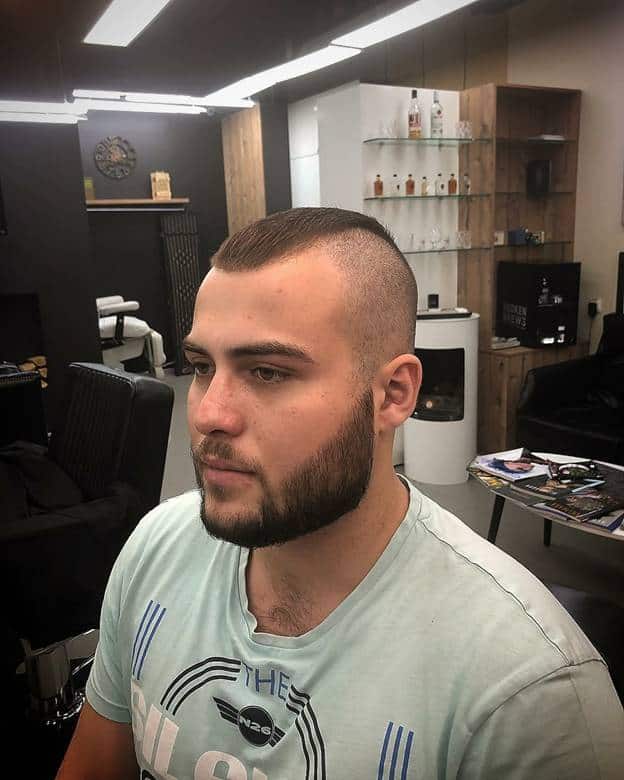 In this buzz cut with Mohawk, the shaved sides offer the ultimate contrast to the buzzed top that is combed backward. This is a hassle free styling option that brings just about the right mix of conventional and innovative adaptations of the Mohawk.

It offers an edgy masculine appearance to the overall undercut with beard and your personality as well. 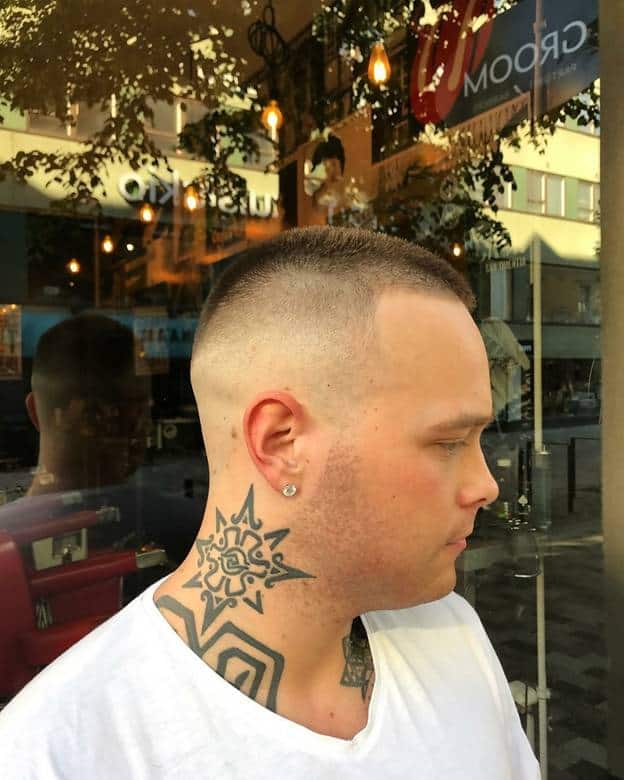 The hair in the center tapers towards the end this buzzed Mohawk giving it a more rounded and decidedly styling look. The high and tight fade gives an edgy feel to the overall appearance too. It is understated, subtle, and is all about highlighting your machismo in a flattering manner. 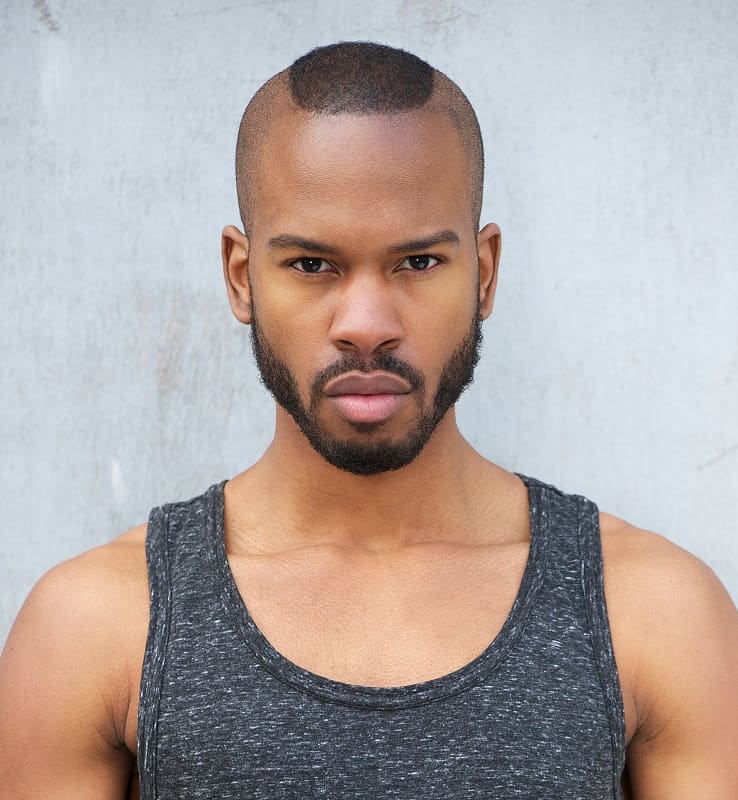 There are different types of buzz cuts, but one of the boldest  is certainly the buzzed mohawk. It makes miracles for both white and black men and you only need to trim the side with the clippers and no guard. As for the mohawk itself, try to make it a little bit longer, building a great contrast. 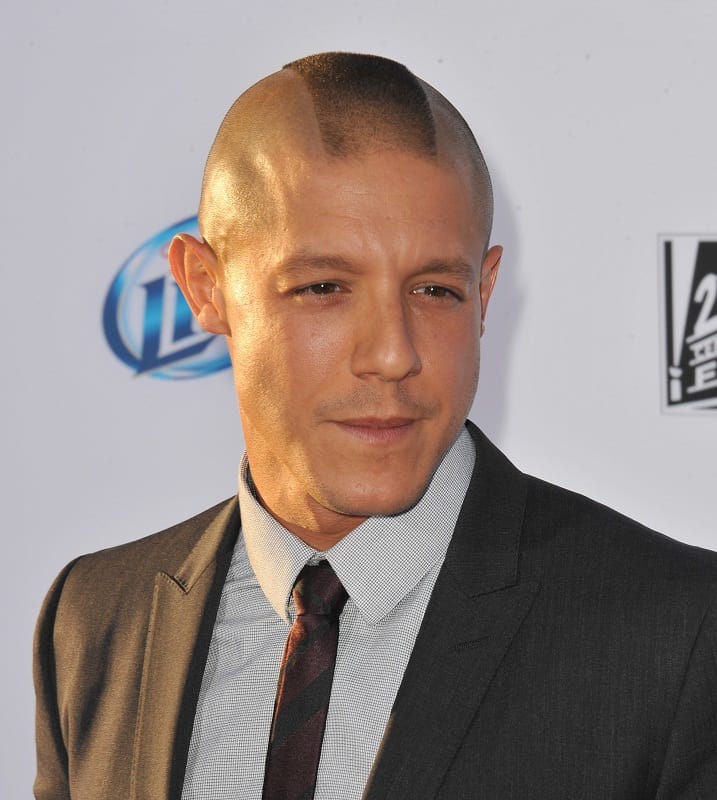 Buzz cut mohawks with shaved sides are one of the most low maintenance haircuts. Once you have the mohawk’s line set, you will only have to shave the sides and back following the directions.

6. Mohawk for Receding Hairline with Beard 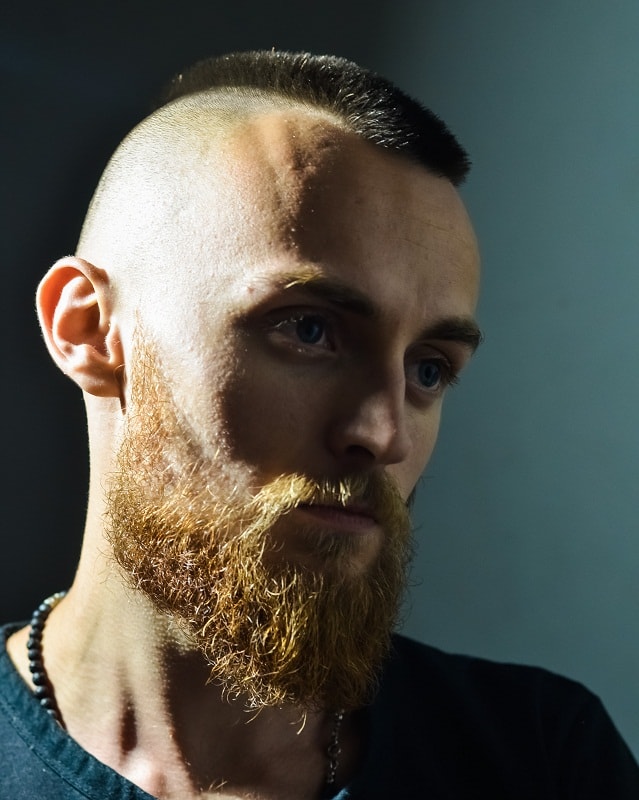 When having a receding hairline, start by sketching the line with the closed clippers. Your goal is to get both lines parallel all the way down if you want to get the buzz cut mohawk. You can even grow a beard to look more like a badass. 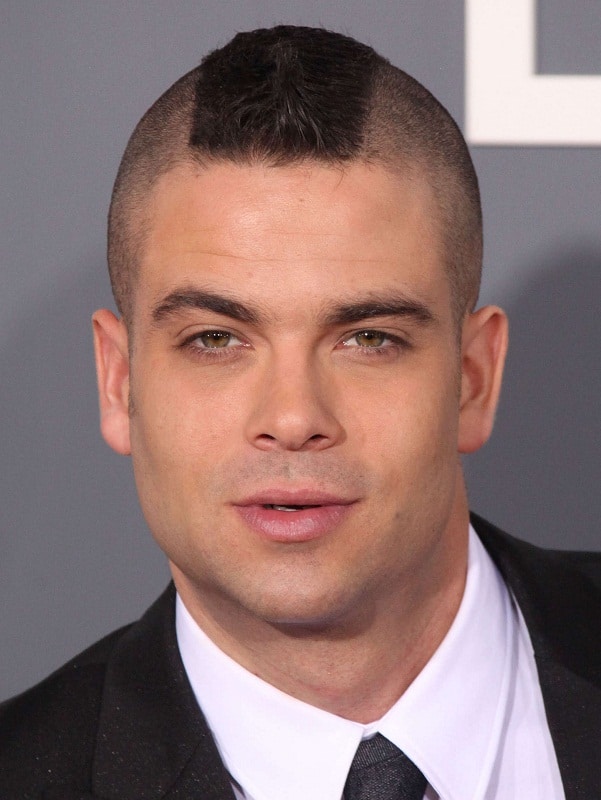 If you want to be able to style your buzzed mohawk, you need some length. Use styling gel and make spikes or even build a mini centered mohawk that’s oriented upwards. 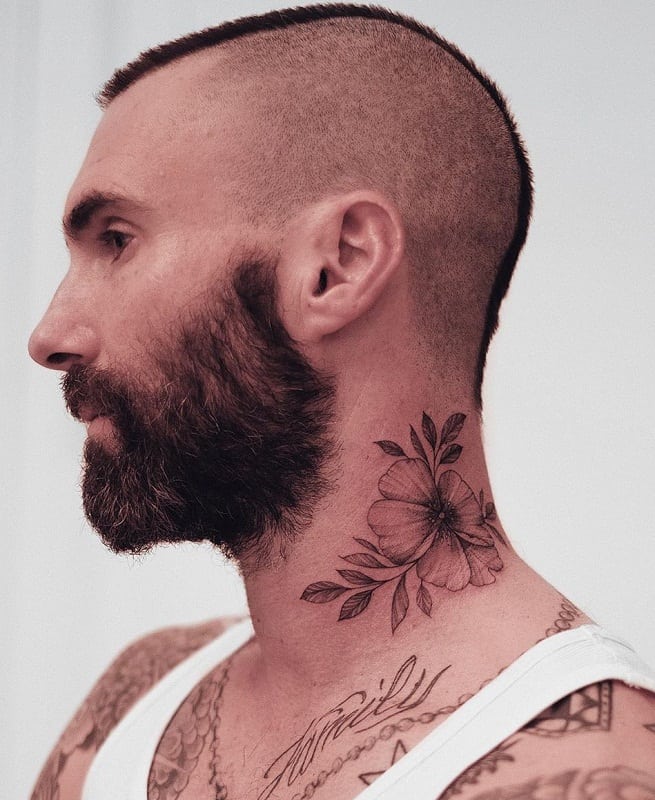 Adam Levine is the best example of how much girls love this hairstyle. So if your goal is to look good but also get some female attraction, a rebel buzz cut with a mohawk and a beard is the best decision.

Whether you are keen on looking cool and glamorous, dependable and responsible or simply funky and cool, the buzz cut Mohawk is like a complete package with a little something for everybody. The versatility and flexibility of this style make it a rather popular option.

I have a receding hair line. I buzzed my hair with my clippers with no guard. I left the top 2 inches across from front to crown. The mohawk is about a half inch. I am keeping it trim like a flat top.I realy feel this styles is easy to maintain.