Anime ponytail is one of the suited hairstyles for anime girls. Anime characters and movies are making waves now and are universally embraced by everybody. We all know cool anime characters from T.V and Manga that are perky, adorable and perfectly flawless.

Traditionally, the anime characters were beautifully drawn by hands and it took artists several months to complete a character, but now with the outburst of technology, it is a matter of a few hours to perfectly draw an anime character using any powerful software.

Be it the hair, eyes, lips or figure, it is quite impressive how designers and artists keep everything unique and inimitable according to the requirements of the character and there is something about anime girl with ponytails; they are known for their unpredictable beauty and charm because they are based on a person’s imagination and not the reality.

Here is a list of 21 cute anime girls with ponytails. 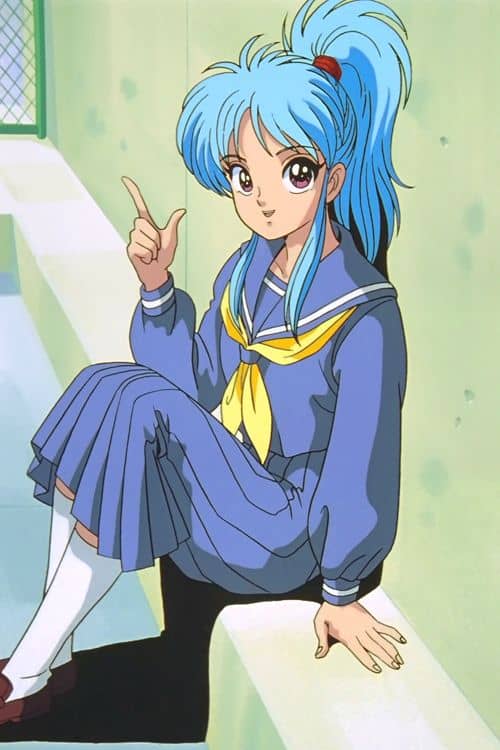 Botan from YuYuHakusho is an attractive, clumsy, short-sighted and highly optimistic anime girl with pretty blue long hair tied up in a sloppy ponytail with messy bangs. 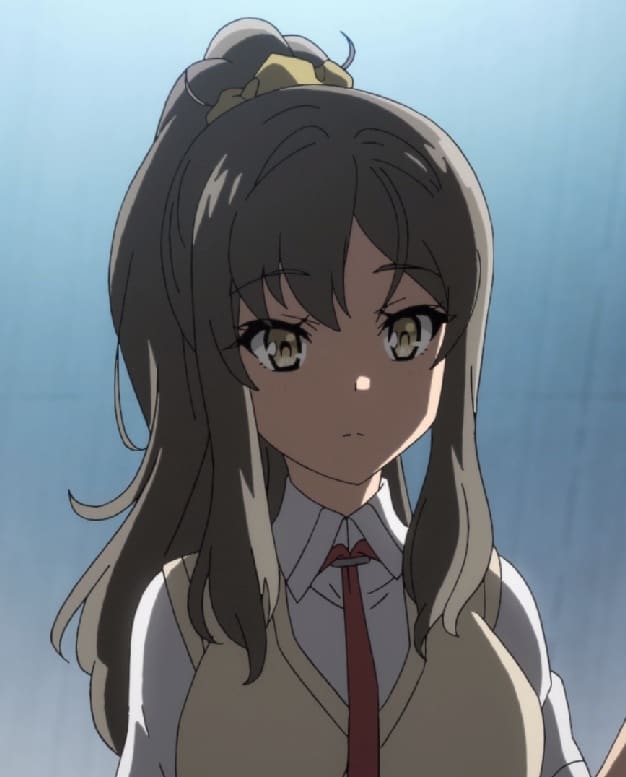 This beautiful anime girl with ponytail looks lovely with her mid-length hair, big golden eyes. She is not at all girly and doesn’t know how to pull off makeup. However, she is beautiful, but quite hesitant and indecisive and gets irritated easily when she cannot figure out anything. 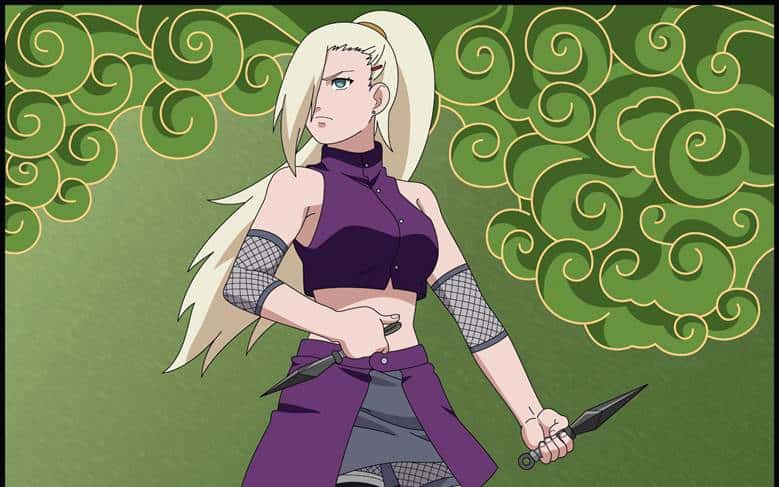 Ino Yamanaka is a cute yet strong character with fair skin, blue eyes and long blonde hair tied up in a high ponytail with long bangs framing the right side of her face. Inois a wonderful anime girl with an impressive ponytail. 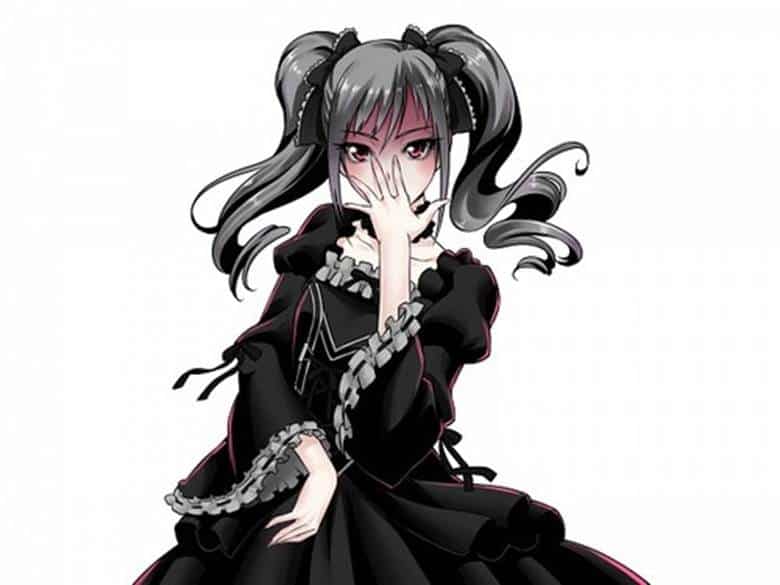 Ranko Kanzaki is a young girl with the wild imagination dressed up in Gothic Lolita style dress. She has dreamy scarlet eyes and black curly hair tied in twin tails with wispy bangs. 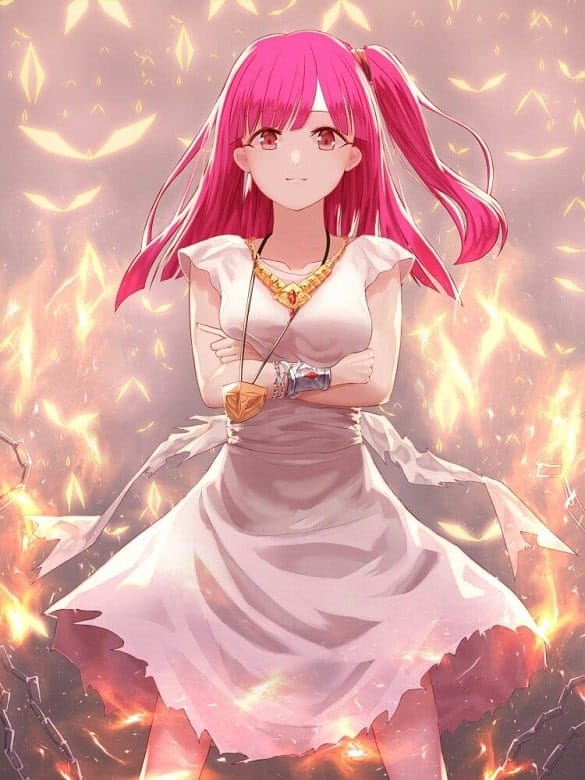 A tritagonist (one who played the third role)actor in the manga series Magi is a beautiful young girl with fuchsia pink hair and eyes named Morgiana. Morgiana has shoulder-length straight hair worn in a half side ponytail with blunt bangs. 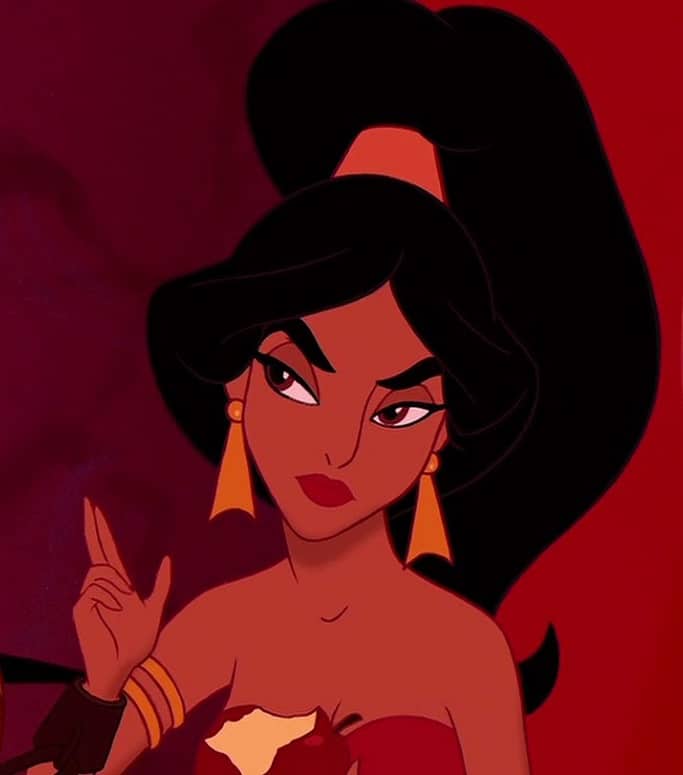 Jasmine’s long thick and voluminous hair is to die for. She is a very bold, independent and strong character who isn’t afraid to speak up her mind. Her hair is beautifully tied up in a high anime ponytail with middle-parted bangs. 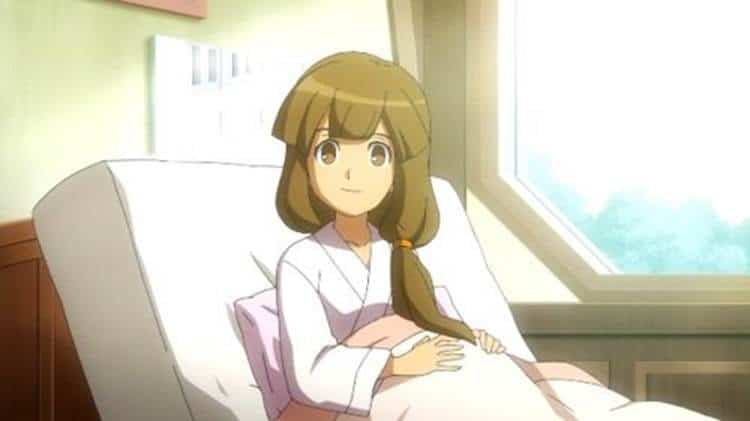 NanobanaKinako has a joyous and cheering personality. She has the beautiful milky brown sleek and straight hair with big brown eyes and she looks celestial with this loose and messy side anime ponytail. 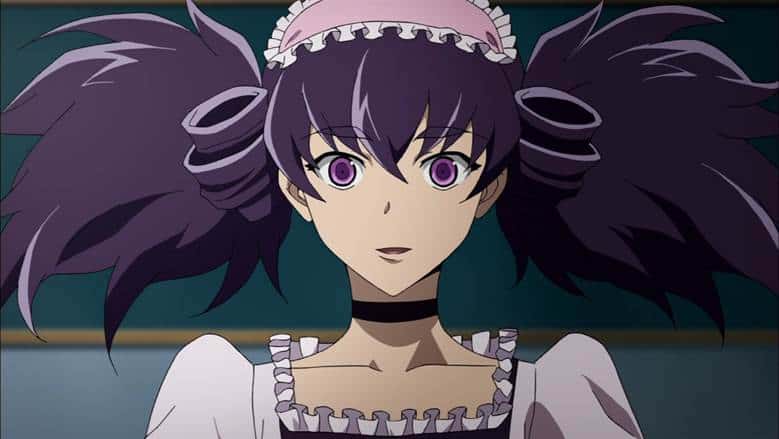 MineneUryuu is an aggressive, intelligent and cruel character of the Manga series Future Diary. She is a terrorist and anti-heroine with dark purple hair and expressive big eyes. The piggy tails on this energetic anime girl look intense and regal. 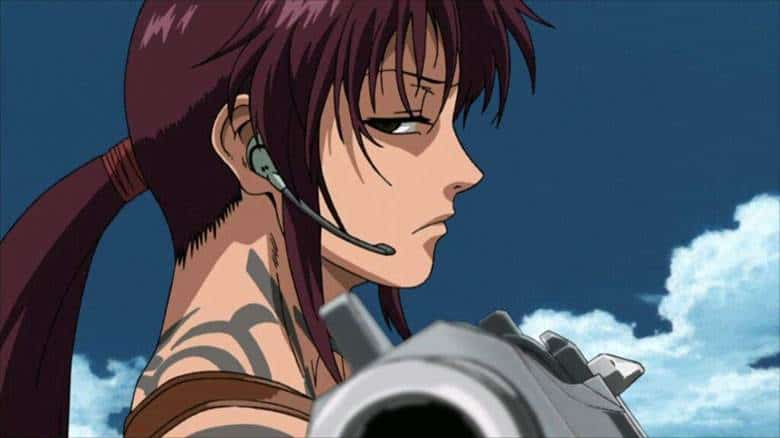 RevyAKA Rebecca is a tall, bold and courageous young girl with plum colored hair tied into a neat, low anime ponytail with bangs and shoulder-length locks that frame the sides of her face. She is violent and a psychotic sailor with impeccable skills with fire-arms and dual-wielding. 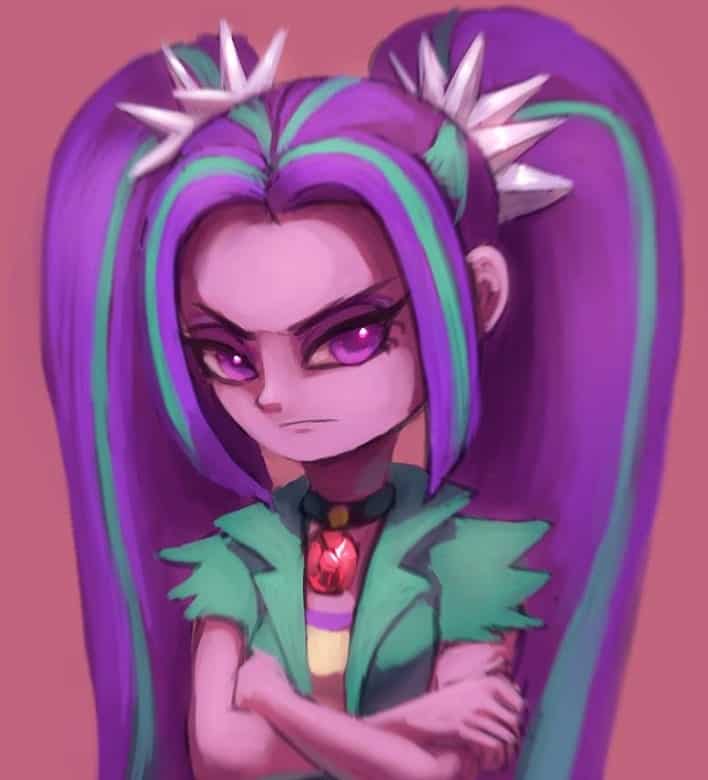 Aria Blaze — a girl with non-feathered, translucent wings is a devious and cool character with an aim to take over the world. She is a sassy and bold anime girl who is never too shy to speak her mind.

Her hobbies are as cold as her, including brainwashing people, flirting, bullying and mocking. Her green, pink and purple hunky-dory hair styled in cute anime piggy tails look super cute and suave. 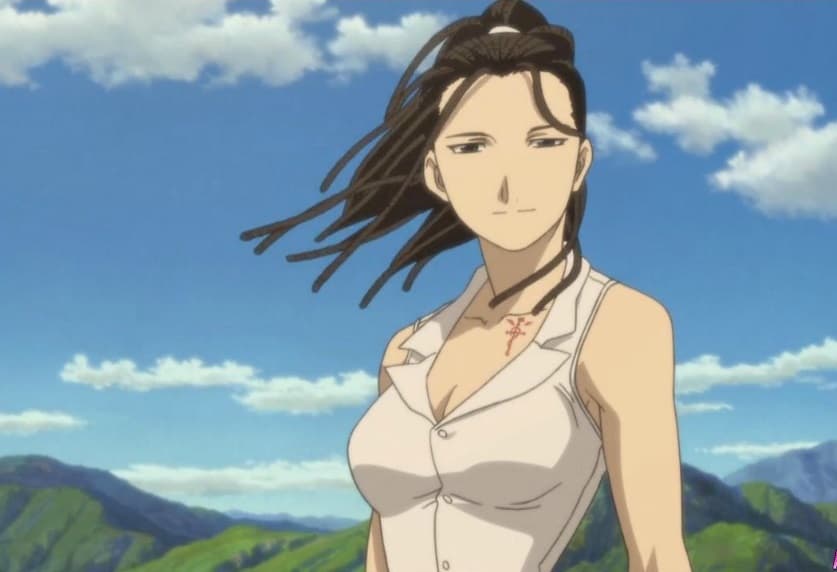 Izumi Curtis is a strong, humble and attractive character with strength, skills, speed, and intelligence who trains two boys to what their alchemical abilities. She is a tall, fair-skinned girl with dark eyes and hair with box braids tied into a high anime ponytail. 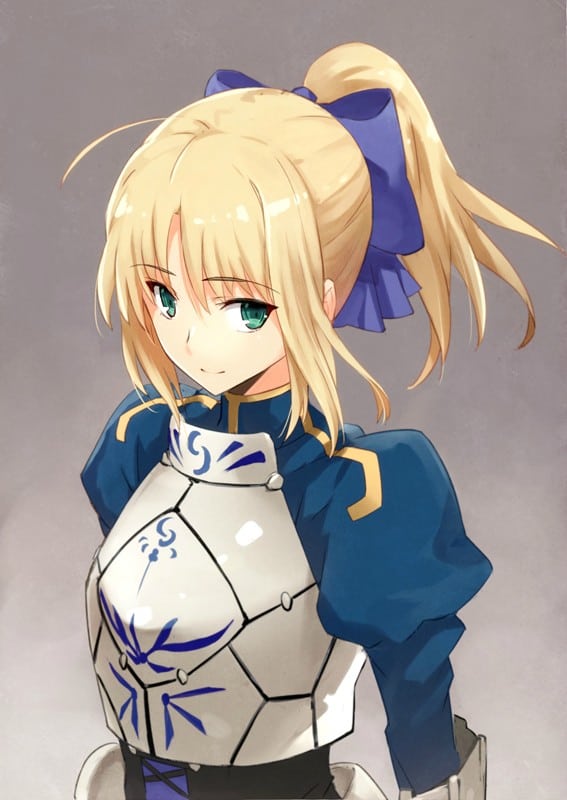 Saber from the Fate series is a knight and king, a muscular young girl with blonde hair, fair skin, and green eyes. She is a determined anime girl with a ponytail who always speaks the truth. Her hair is beautifully tied in a ponytail with a ribbon and middle-parted layered bangs. 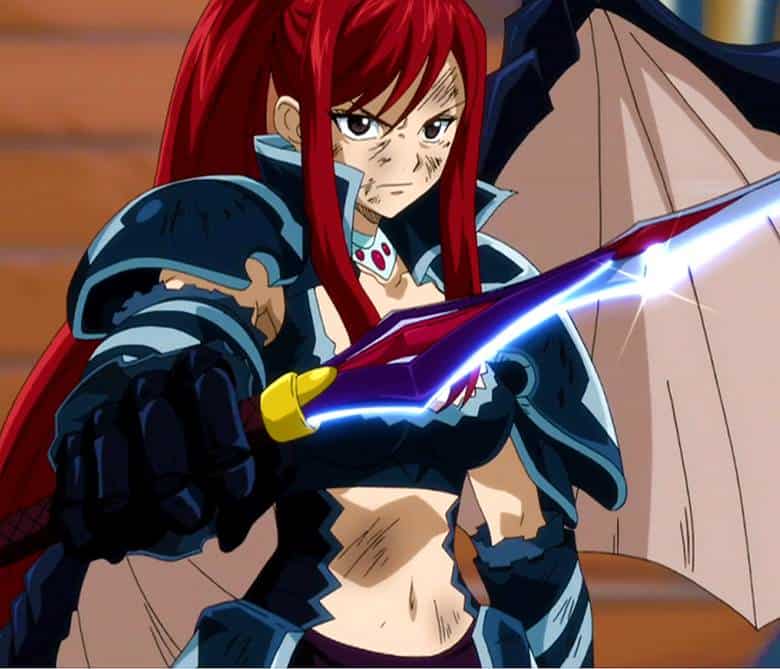 Erza Scarlet is a tall, gorgeous woman with brown eyes and crimson long hair tied in a beautiful high anime ponytail. She is a serious and tough girl with a demeaning, impatient and desperate personality. 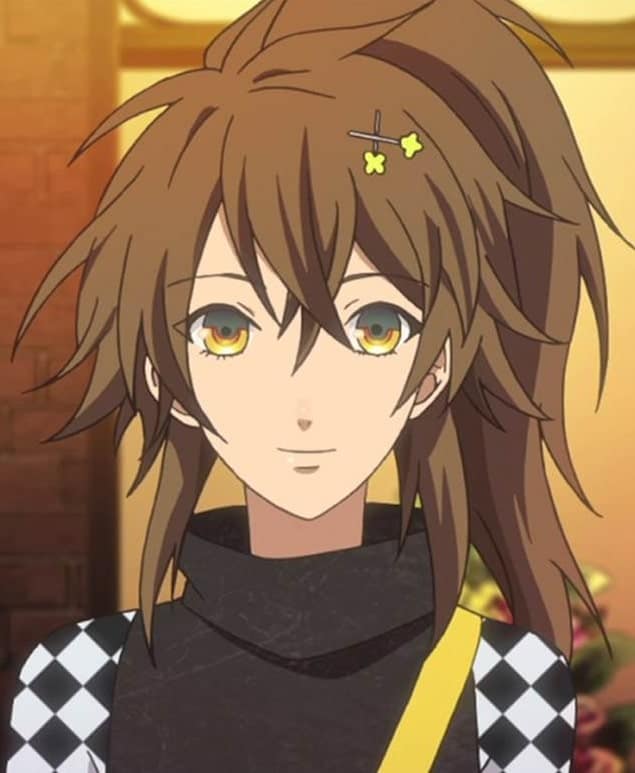 Sawa is the main character of the movie Kite. She is a playful and friendly girl who has had a very tragic and traumatic childhood. At a very young age, her parents were brutally murdered, and she works as an assassin. She is a fair-skinned girl with brown eyes and hair worn in a messy ponytail with shaggy bangs. 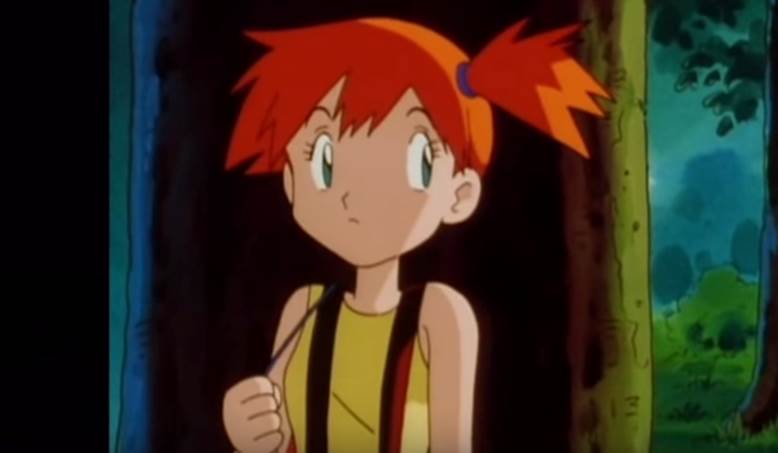 Misty is a very understanding and caring girl who feels insecure because of her three elder sisters. However, she is an amazing gym leader and a wonderful fisher. She has fair skin with green eyes and short reddish-orange hair that is softly tied into a side anime ponytail.

16. Long Anime Ponytail and Side Bangs 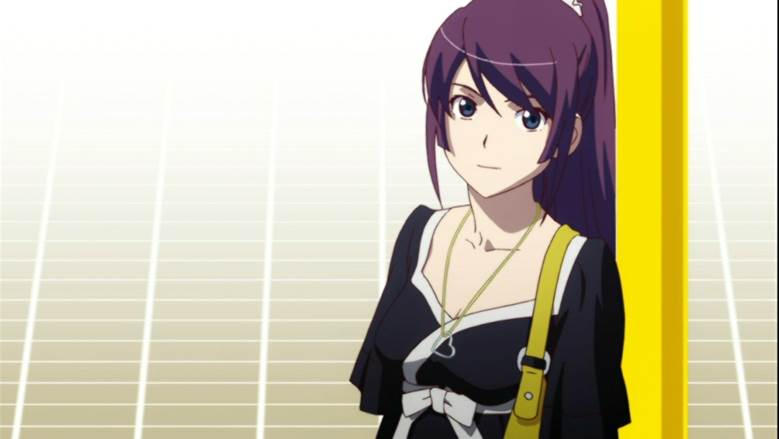 HitagiSenjougaharais a weak— and faint-looking girl with an incurable disease that keeps her distance from others. She is a gorgeous-looking girl with purple hair tied in a ponytail and blue eyes. She is sharp, rude and quite offensive. However, she is a sincere anime girl with ponytails and true to her words.

17. Blonde Hair and Side High Ponytail 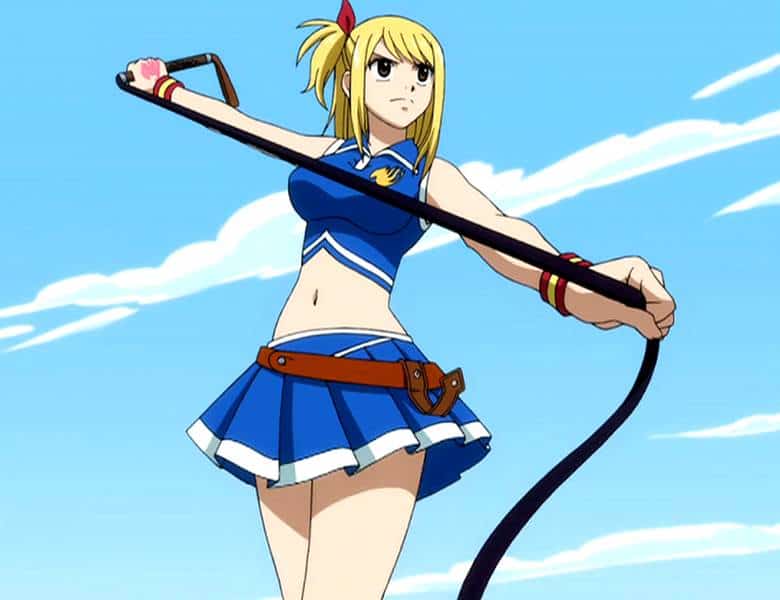 A young girl with an average height and fair skin. Her hair is light brown and is usually tied in an anime ponytail on the ride side of her head secured with a colorful ribbon. She is proud of her looks and she has a flair for writing and passion for literature. Lucy is true to her promises and can do anything for the sake of her friends and family. 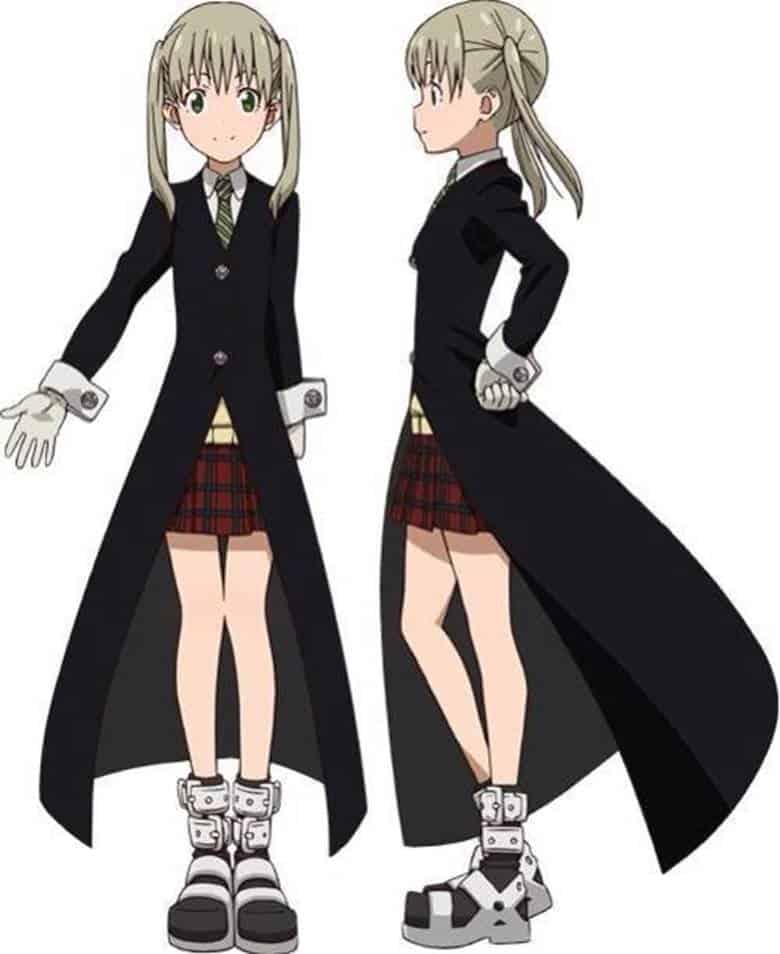 Maka Albarn is fairly short with beautiful green eyes and thin ash blonde hair styled in anime piggy tails. She is ferocious, stubborn and energetic, smart, bright and intelligent. She loves to read magazines and books. 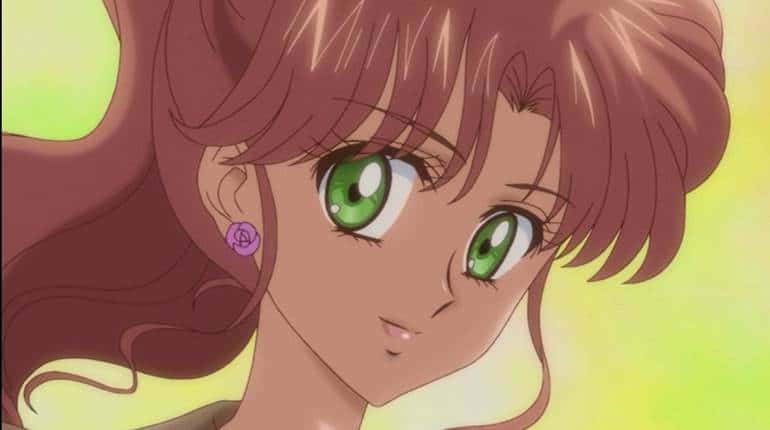 Makoto Kino AKA Sailor Jupiter is a tall school student who is highly independent with an ability to fly. She has green eyes with beautiful reddish brown hair that is tied into an anime ponytail with bangs.

She is a friendly, happy-go-lucky person who loves taking her pictures and helps her friends whenever she can. She has beautiful green eyes and hair that are pulled in a twin ponytail with ribbons and bells and wispy bangs.

21. Puff Ponytail and Side Braids 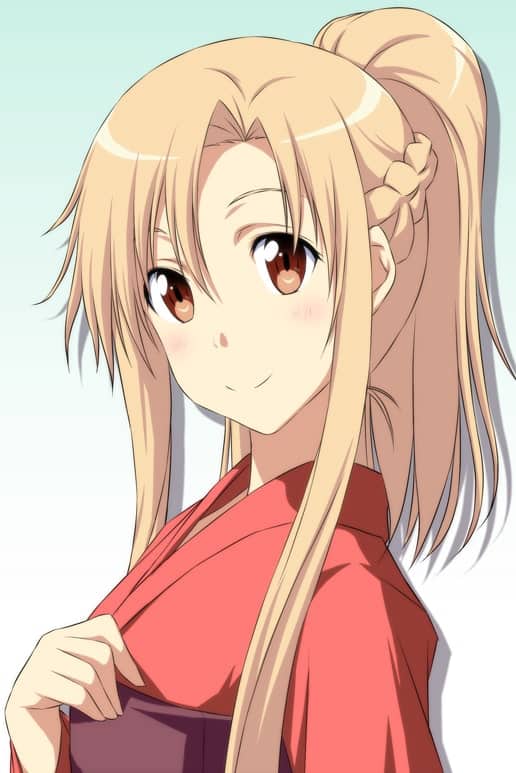 Yuuki Asuna has beautiful brown eyes with chestnut brown hair styled in a high anime ponytail with side braids. She is very tall and gorgeous. Asuna loves her friends and cannot see them in trouble or pain. She is a kind and helpful anime girl who is determined and devoted to whatever she does.