Many men who love fade haircuts still have confusion between high fades and low fades – what’s the difference between them.

A fade haircut is one where the length of the hair gradually reduces until it has completely ‘faded away’. Although fades are sometimes worn by women, they tend to be more popular as a men’s haircut.

In order for a fade haircut to look good, you will need to make sure that you have a skilled barber to do the work for you. An uneven fade can make your haircut look wonky and will ruin your style. This is why most men are unable to perform fade haircuts on themselves.

If you do go to the barber for your fade haircut, they might ask you about what type of fade style you would like for your hair. There are many types of fade hairstyles for men, but in this post, we will explore the main differences between High Fades and Low Fades. 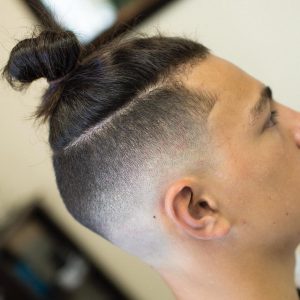 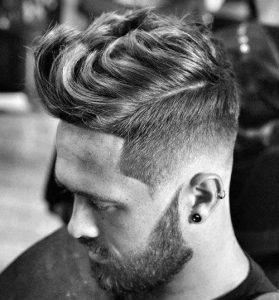 While the fade haircut originated in the 1940s with military-style cuts, it gained popularity in the 1980s in African-American communities with the rise of hip-hop. During this time, high-top fade haircuts became increasingly popular.

What is a High Fade haircut?

A high fade haircut is a hairstyle where the fading of the hair begins and ends quite high up the back and sides of the head. Sometimes the hair only goes about 1 to 1.5 inches down the sides and the back of the head. This helps to make the hair on the top of the head look thicker and fuller. It is reminiscent of military cuts like the High and Tight hairstyle.

The hair on the top of the head can be as long as you like with a high fade haircut. The best way to personalize a hairstyle is to use strong and bold features, such as a thick disconnect. More subtle features are less likely to be noticeable in a High Fade hairstyle.

Be careful not to confuse a High Fade haircut with an undercut style. In an Undercut hairstyle, the hair at the back and sides of the look is cut to a uniform length without any gradient. 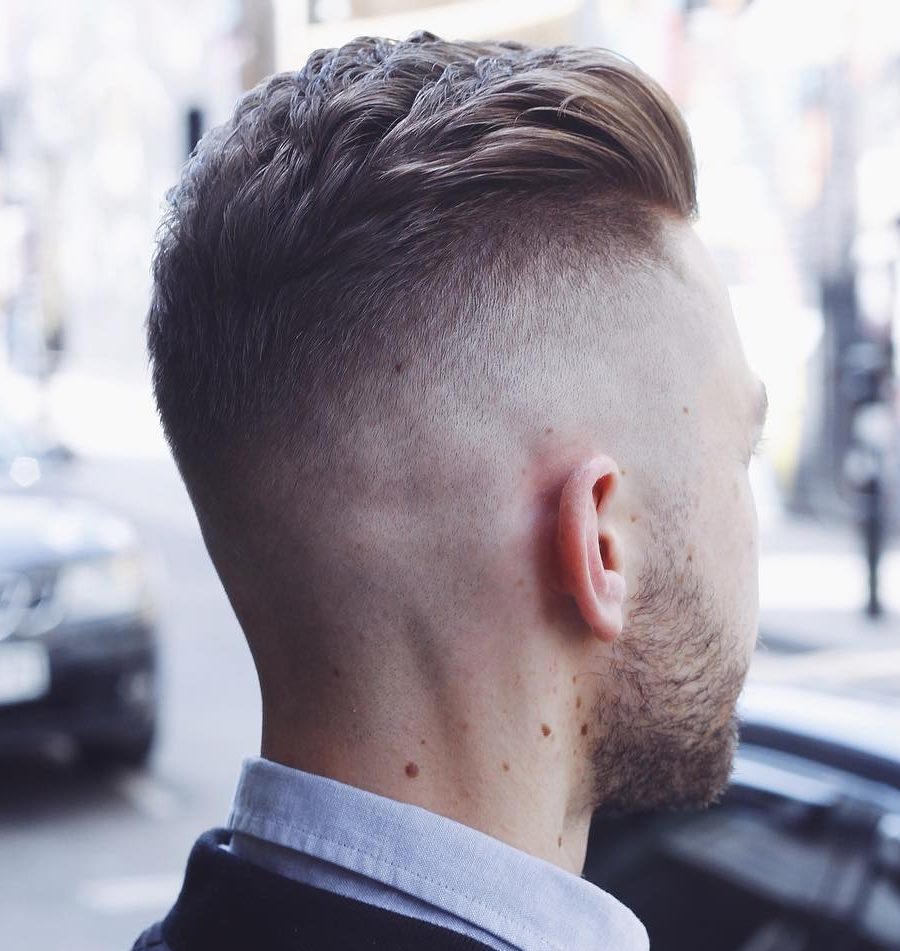 How to Cut High Fade

You’ll find below detailed instructions for a high fade cut.

Clean and dry your hair thoroughly before cutting a high fade.

Step One: Trim the Top

Using styling scissors, trim the top of the hair in sections up to the desired length. For this, hold the hair between your forefinger and middle finger. Make sure that this part of your hair is all at the same length.

Step Two: Shave the Back and Sides to A Uniform Length

Begin at the temples and shave the entire back and sides with a number three guard. This will make it easier to do the high fade cut. 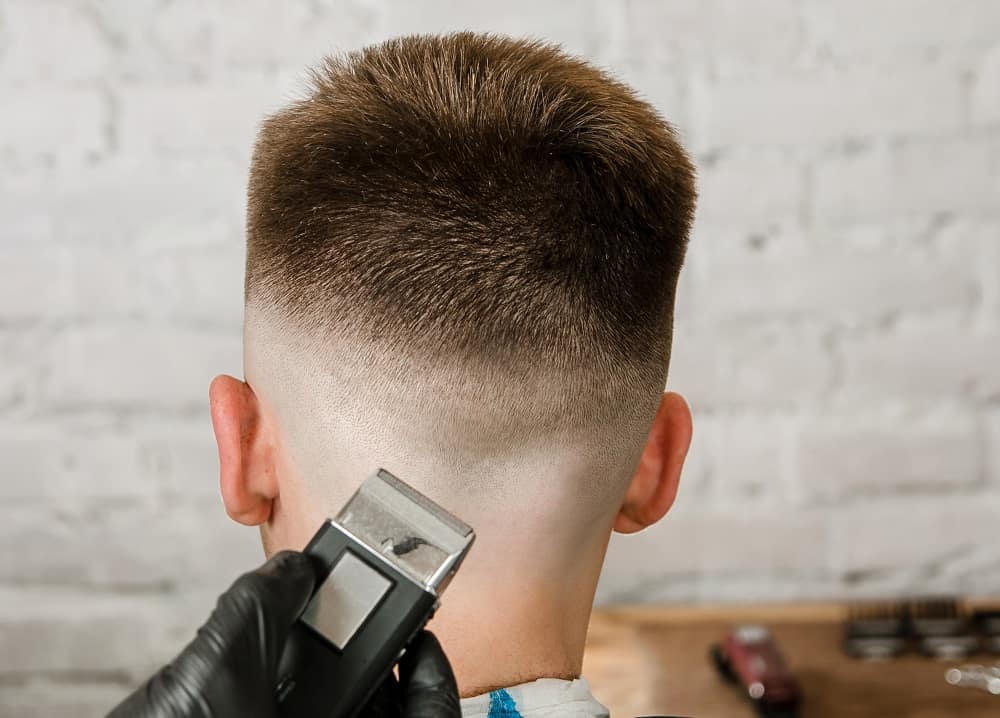 Begin approximately one inch below the top of the section that you shaved with a number three guard. This starting place should be about one inch below your temple.

Shave out an area that is approximately one inch long with the number two guard, then below that, a one-inch area with a number one guard, and everything below that with a number zero guard.

Go back to each transition site with the guard for the shorter of the two sections you’re blending. Use a comb and that shorter guard to create hair lengths between the two guard sizes. Do this for each shaved section.

Step Five: Clean up The Edges

The hairline at the base of the neck should be straight, and the hair close to the ears must be evenly cut.  You’ll be able to clean the lines with a razor.

Watch Below Video to Learn How To Get High Fade Haircut

What is a Low Fade haircut?

A Low Fade haircut is a haircut where the hair starts to Taper much lower down the head. In a low fade cut, the fade will finish around 3 inches from the thickest part of the hairline. As with any other type of fade cut, men can have the hair on the top of their head as long as they would like.

However, a Low Fade style can give men more freedom about what the rest of their style looks like. Because there is more hair involved in the whole style, it is easier to create distinctive features and definitions in the hair.

For example, the barber can create alternating sections of thicker hair and thinner hair as part of a low fade style. It is not possible to create this type of look with a High Fade style because the lack of hair would mean that there wasn’t clear definition in the style.

Unlike a Contoured haircut (which is done with scissors), a Low Fade haircut is always done with hair clippers. 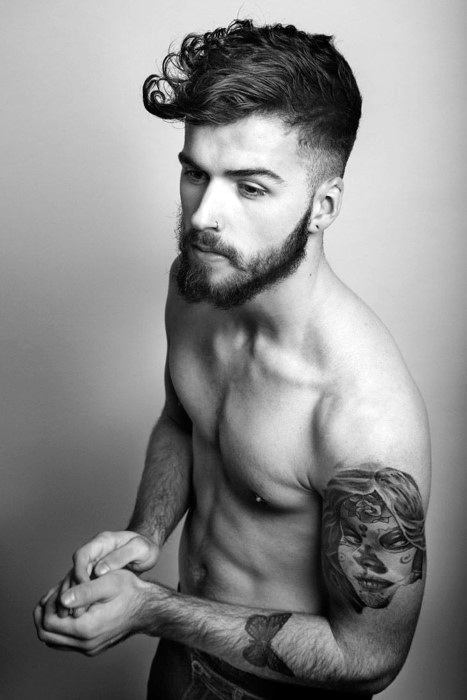 How to Cut Low Fade

Let’s look at the different steps necessary to achieve a low fade cut.

Take proper scissors and trim the top of the hair to the length you want. You should always use styling scissors, as regular ones might give you a blunt and jagged look.

Hold hair between your pointer and middle fingers and ensure that you put everything at the same length. Use small sections of hair, and always use a portion from the selection that you already cut and leveled to know you are being consistent. 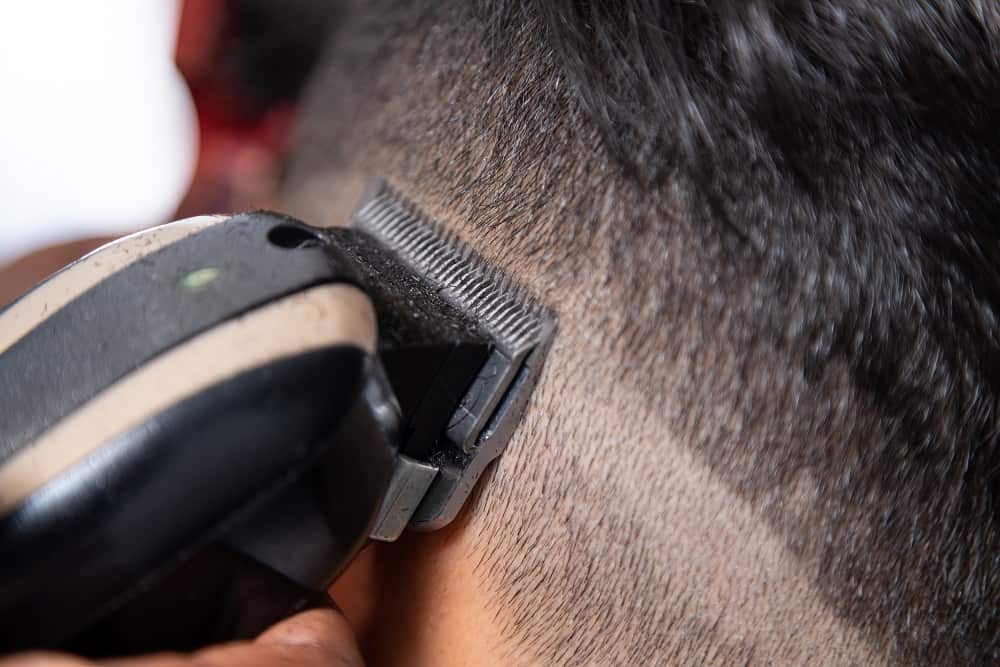 Begin just above the ears and shave the entire back and sides with a number two-guard. Removing all excess hair will make it easier to start your fade.

If your top section isn’t too long, you can use a number three guard and a comb above the number two section to blend with the top. Otherwise, you can blend the top to the first shaved section with scissors by moving them in a sweeping “c” motion as you cut.

For transitions between the shaved sections of hair, use a comb and the shortest guard for that section to get hair that is between the two guard lengths.

Make sure that the base of your neck has a solid hairline that goes straight across and that the hair around your ears is an even, circular shape. Use a razor with no guard if needed to clean the lines.

Watch Following Tutorial to Learn how To Cut Low Fade

To keep your fade haircut looking fresh and clean, you’ll need to maintain it. Make sure to:

For low-fades, you might be able to get away with touching up the sides every three to four weeks instead of every two to three.

If you’re looking for more information about low fade and high fade hair cuts, take a look at our answers below.

Is a low fade better than a high fade cut?

Neither is better than the other, but each has different pros and cons. A low fade is a classic look, and it works well on textured and thick hair. These fades often don’t need to be maintained as often as high fades.

A high fade is a bold, dramatic look, and it can work well with any hair type, but high fades are typically more high-maintenance than a low-cut one.

How high can a high fade be?

A high fade can begin anywhere from one inch down the side to the temple line. Any higher than one inch from the top will look odd, and anywhere below the temple line starts to be a mid fade or a low fade.

Low or high fade, which is best for receding hairline?

What haircut goes well with a low fade?

High fades can look good with longer haircuts and pompadours, but they look better with shorter cuts. Some good haircuts to pair with a high fade include the high and tight, a high skin fade, and high fades with parts and short tops.

Is a low fade and taper haircut similar?

Low fades are similar to a taper haircut, but they aren’t the same. The low fade is more dramatic because the final hair section is significantly shorter than a taper.

Both hairstyles involve changing hair lengths across sections, but a taper will never be so short that you can see skin, which is almost always the case with a fade.

Is high fade the same as skin fade?

No. A high fade has to do with where the fade begins on the side of your head, and a skin fade means that the bottom section of hair goes down to the skin. A high fade can also be a skin fade, but it doesn’t have to be.

Both low fades and high fades are trendy and very popular among men. You can also try fade hairstyles with a comb over and pompadour fades. Choose between these two fade styles according to your face size, shape and choice.